Hope your weekends are being awesome Rioters!

While Johnboy utilises fancy lighting, a freshly trimmed beard, and a dedicated microphone to look and sound great.

A combination of his motel’s poor wifi, strange lighting, malnutrition, and Barcham’s own terrible microphone, cause him to look and sound like a blurry, pasty, pixelated robot lizard with a stutter.

We hope you enjoy it.

Beautiful Zeus has been given away without his owner’s permission.

An Open Letter to The Australian Society for Kangaroos.

Will anyone tick the box for more expensive CTP?

See you next week Rioters. 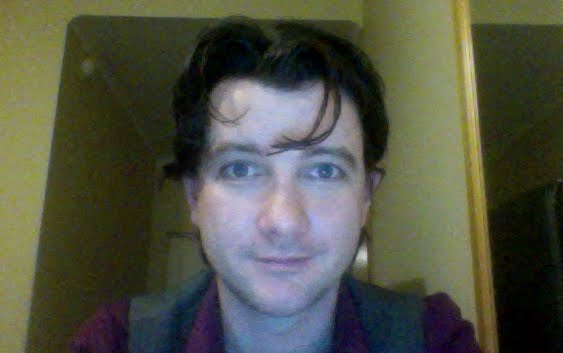 This is way better than anything WIN News have given.

Gosh, I missed so much being in New Zealand for a week. I would have bought myself a chupa chup at the airport, had I known about the extra money theoretically in my pocket.

JB describing himself as one of the little people made me smile, but not necessarily for the nicest of reasons.

Come now guys it is apparent that sh*t has become acceptable and commonplace so much so that I’ve seen it uncensored in the Crimes and even heard the term used by a media personality or two on the major channels so JB&Barcho must you two be sooo conservative?

I’d imagine that if anyone identified either of you on ya bike then they’d be more than glad to lose a bit of paint just for the opportunity to see youse come a gutser,just think of the brownie points 🙂

Nah I think you should live dangerously Barcho and tell your landlord that he’s been a capitalist pig and ripping you off for far too long. What’s the worst thing that could happen?

But all in all this was definitely a step up from the first wrap and even contained some humour so good work!

David Riddell - 2 hours ago
Unless interstate waste is banned from Mugga the waste could still be accepted even should CRS facility becomes operational.... View
Alex Troy Elsworth Adkins - 3 hours ago
Marea Fatseas the site is on the railway line with exsisting sidings thst would allow waste to be transported by rail to Tara... View
JC - 4 hours ago
Maya the land in question used to be a petrol terminal. I wouldn’t call that light industrial and that terminal had been th... View
Lifestyle 1

@The_RiotACT @The_RiotACT
One of Queanbeyan’s oldest ever residents, Linda Moore, died peacefully last weekend at the age of 105 https://t.co/TULostP4NV (48 minutes ago)