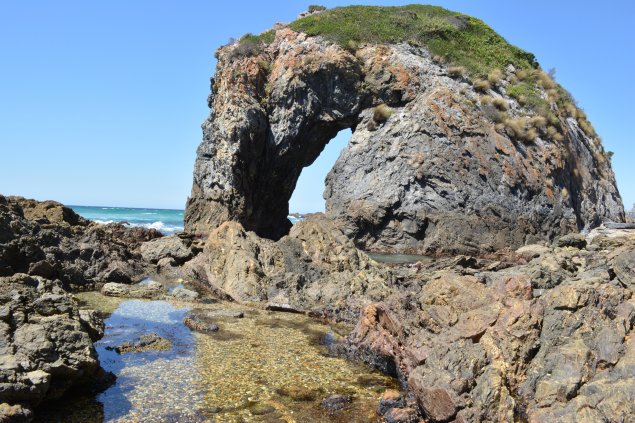 If you’re looking for a day or even overnight trip, then why not head down to see Horse Head Rock near Bermagui.

I stumbled across the existence of Horse Head Rock on Instagram – finding some beautiful photos taken at sunrise by a local photographer.

With Bermagui only a three hour drive from Canberra, I decided to make the trip.

I decided to do a big loop, deciding to drive to Bermagui via Cooma. It took a bit over three hours this way to reach Bermagui – coming through Nimmitabel and then coming out near Bega. Watch out for the roadkills on the road between Cooma and the coast – there was lots of kangaroos that had unfortunately been hit all over the road.

The drive is easy enough and there’s not many winding sections.

My target was to find Camel Rock Beach and then I knew Horse Head Rock was nearby.

Camel Rock Beach is pretty much in the middle of Bermagui and Wallaga Lake. Heading north from Bermagui, it’s on your right and there is a sign 200 metres before the turn off. It’s also just after a caravan park. Then it’s a short dirt track to a carpark, with a toilet and picnic table nearby.

Camel Rock Beach is a beautiful beach and it was just me and a couple of fisherman. You have great views of the rocky outcrops here and then the town of Bermagui to your right. 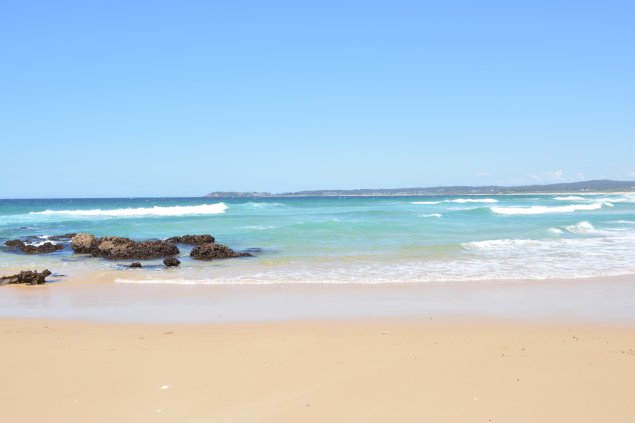 Camel Rock is hard to miss on the left of the beach. 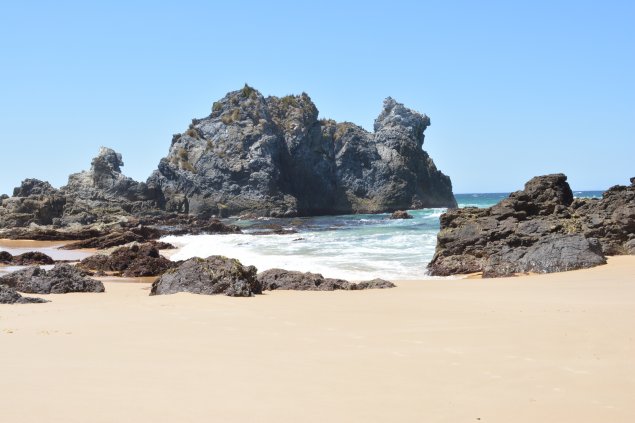 From there, it’s a tough scramble over very sharp and barnacled rocks to get to Horse Head Rock. Don’t wear thongs like I did, enclosed shoes will make the scramble a lot easier and you won’t have sore feet after. 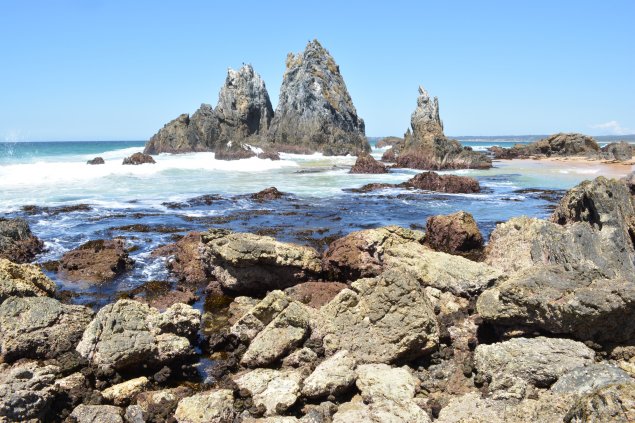 It’s also a good idea to check the tide times as a high tide will make it difficult to get back to Camel Rock Beach.

It’s about a 10 minute walk/rock scramble to get to Horse Head Rock – which you won’t recognise until you get to the other side of it. It’s a very pretty spot and worth the effort. 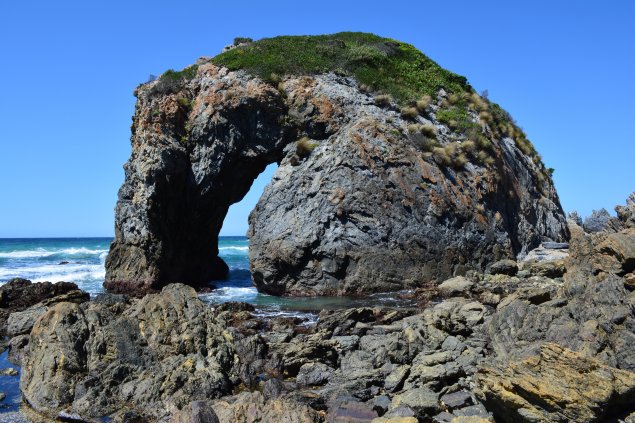 From Horse Head Rock, it’s a three hour drive back to Canberra via Bateman’s Bay and Braidwood. But there’s plenty of beautiful spots along the way such as Wallaga Lake, Narooma and Bateman’s Bay. 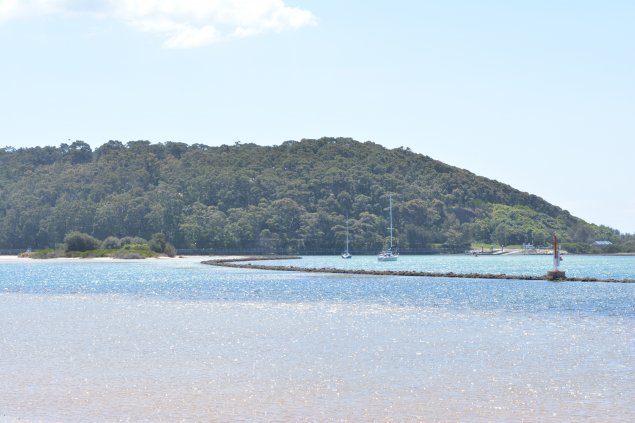 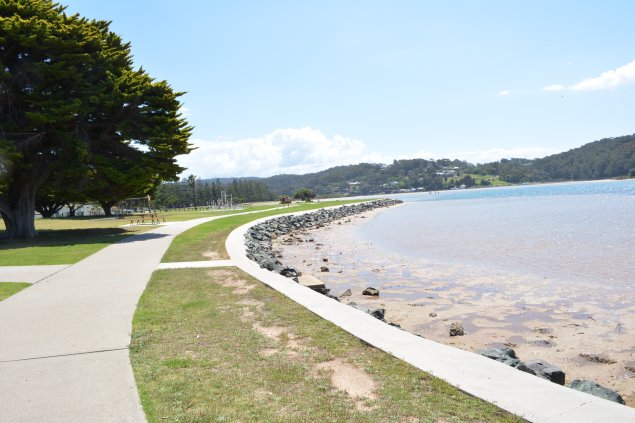 I’d never gone further south than Bateman’s Bay before, so it was nice to stop at the brilliant blue water of Narooma for a rest stop and some photos before making my way back to Canberra.

Margaret Barry Ferguson - 52 minutes ago
Over the years the brumbies have helped with hazard reduction, travel the whole length of the park into Victoria and they do... View
Tarian Dixon - 5 hours ago
😂😂genocide of what Dan Downton??? If you are referring to indigenous people I think you misunderstand the word genocide... View
Tarian Dixon - 5 hours ago
The only reason the fire wasn’t worse around Adaminaby was the horses had grazed down the growth. I am grateful ( as someon... View
News 36

Michael Konarzewski - 1 hour ago
Correct. When we moved out of belco our neighbour was paying $450/week ($1950/m). We were paying $2150/mortgage, but about $7... View
Queenie-Lou Hilario - 2 hours ago
Malcolmo Oz ok boomer View
Malcolmo Oz - 3 hours ago
Queenie-Lou Hilario How about the whinging sound of renters (and their looney left backers) who continually make financially... View
Opinion 88

Cathy Reid - 11 hours ago
Good on you Marg! Pleased to hear about your success. View
Betty Starbux - 14 hours ago
Thank you Marg! I love CANBERRA & I miss it everyday. So tired of hearing silly politicians refer to the Canberra bubble 🙄... View
Julie Maynard - 23 hours ago
That’s awesome. I love our city and thanks for sharing how great it is with others. They will never believe you though. View
Community 1

Paula Simcocks - 21 hours ago
Looking back in times of war and crisis people loved the fun of live shows, music and drama. Lifts spirits, usually doesn’t... View
Lindy Edwards - 1 day ago
Nanna was reciting Yeats as fires approached her place. And a he'll of a lot of people are going to be singing, drawing and w... View
Community 30

@The_RiotACT @The_RiotACT
We’ve all heard the tired clichés about millennials but Will Honey from #IndependentTuggeranong says they’re the ideal generation for a career in real estate. Here's why https://t.co/IwHi2jkWEU (4 hours ago)