Rock formation a hard place to find in Parliament House 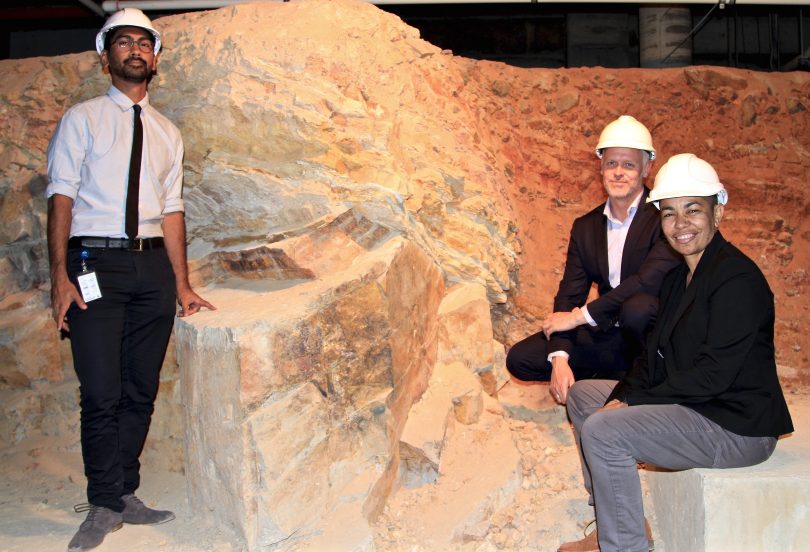 This could well be the ‘stuck’ between a rock and a hard place.

It’s directly below the House of Representatives, where opposing forces of nature met to create a rare rock formation. And to prove our democracy stands on solid ground, Parliament House will open the rarely viewed area this weekend.

Geologist and author Wolf Mayer will be hosting the tours, called Unconformity, which show the foundations of earliest life in Canberra.

He told Region Media that he used to take students to the site but thought the rock formation had been lost after new Parliament House opened in 1988.

“This is useful and an extremely important remnant that is now housed in the basement of Parliament House,” Mr Mayer said. “It is probably the only parliament house in the world with an unconformity in its basement.

He said the tours explain what the rock formations mean and how the older and younger rocks found in there contain fossils that show the history of the area.

“We can tell how the Canberra region looked some 430 million years ago when Australia was still connected to Antarctica.

“We can read the rocks, layer by layer, and piece together a history that shows how Canberra was at that time.” 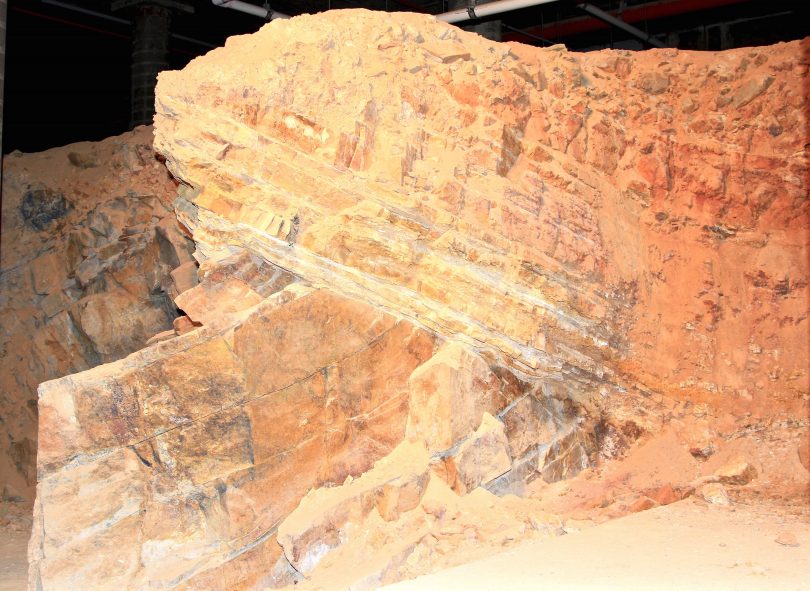 The rock formations show the foundations of earliest life in Canberra.

The rocks and sediment are predominately sandstone, with mudstone interspersed, which means that present-day Canberra was once submerged under an ocean that was at least two kilometres deep.

The formation of the rocks indicates that there was a landmass to the west and to the south, as sediment was eroded by rain and wind into the ocean from these directions. The initial deposits were horizontal but became folded by the movements that created Black Mountain.

“The unconformity that we see shows the tectonic plates moving and shifting, so it’s very important to us,” Mr Mayer said.

“It is significant that it incorporates a piece of ancient history which has been preserved. Having parliament directly above it is a continuation of our current history, albeit there is a big gap in it all.

“It’s ancient history versus modern history, and they now sit one on top of the other,” he said.

Parliament House’s Visitor Experience Director Cris Kennedy said the tours are a must for lovers of geology, science and history.

“When they were building Parliament House, they took away millions of tonnes of rock and earth, and the geologists involved were very excited to discover the unconformity that we now see,” he said.

“They thought it had been concreted over, but we are very fortunate to have this rock formation that is actually still very pristine that is the link between our current and former history.”

Mr Kennedy said the deformations in the rocks are usually only found when mountain ranges are being created.

“The unconformity denotes a period of seven million years that is simply lost to history as there is no geological record; however, it informs of two distinct and separate periods of sedimentation and deformation.

“There is no rock in Canberra younger than this. We have to look further away to Yass and surrounding areas to find clues as to the conditions leading up to more modern times,” he said.

While geology students now use strata cuttings found on State Circle to study formations found on Capital Hill, the rock contains fossils such as corals and brachiopods that tell us that the new rock was lying in the ocean still, but much shallower, and similar to the Great Barrier Reef.

The Unconformity tours are on 14 and 15 March as part of the Enlighten Festival. The forthcoming tours are sold out, but keep an eye on the Australian Parliament House website for future events.

Is this like the cutting on State Circle? Presumably the same rock?

I knew the bare rock is there cos I watched all of Annabel Crabb hosting “the house”. Didn’t know it was special.

The unconformity resembled a raised pancake around the central flagpole before NPH was built. We used to ride our skateboards down it. And before construction of NPH started, the Indigenous artifacts that could be found were salvaged from the Hill.