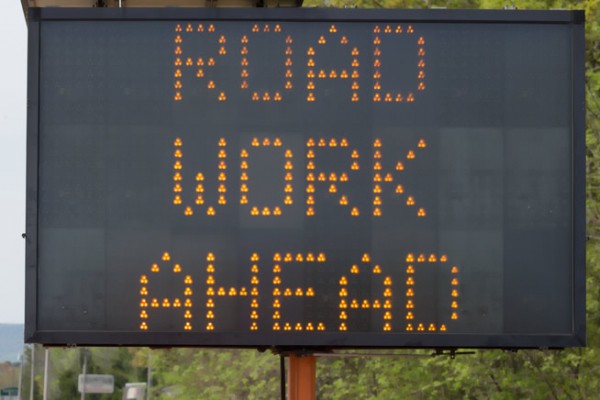 Around 230 lane kilometres of roads will be resurfaced and resealed across Canberra thanks to the ACT Government’s annual resurfacing program, which will start this year in the suburbs of Tuggeranong.

The works will be carried out during off-peak times and at night to minimise the impact on road users, however, motorists are asked to be patient when travelling through work sites or, if possible, use alternative routes.

“This material, composed of recycled glass and soft plastics, will be trialled on existing sections of Horse Park Drive and Gundaroo Drive during this year’s resurfacing program,” Mr Steel said.

Signage will be erected well in advance, with affected residents and businesses to be advised by letterbox drop at least two days before the start of resealing works on their street.

During the stages of resurfacing there may be some loose gravel which will be swept up within a short period of time.

The program is expected to be completed by April 2019.

I hope they do a better job than they have done in the past – just spray tar on the current (often still OK) surface, tip on a pile of small stones, and just walk away. What a mess that creates!

You know that apparently ok road? Well let’s put it this way the chip seal is used as a preventative measure. Who would have thought? Don’t seal and that road will deteriorate quickly and will require even more costly repairs.

And that’s the “problem” with Canberra roads. Unlike main roads in Sydney for example our roads don’t cop the same pounding from heavy vehicles so are generally “ok” but still require a seal. So voila chip seal rather than an expensive rip’er up and repave like in Sydney. (Suburban roads get chip seal though).

Now whilst none of us likes chipseal it is the most cost effective method of reselling, what as you have put it is an otherwise ok road.

They do now have the microse/slurry seal method too but that can only be used on a previously chipsealed road as the slurry needs a rough surface to grip to.

Or as was the case with Horse Park drive near Casey last year they chipsealed then a few weeks later did the slurry. It was amusing the comments on the Canberra Drivers Facebook page where people thought they stuffed the original seal and had to do it again. When reality was they were using the slurry anyway but had to chip seal first to give the slurry something to attach too. This method does give the benifit of chipseal with a smoother surface so might be the middle ground in the future.

“Signage will be erected well in advance, with affected residents and businesses to be advised by letterbox drop at least two days before the start of resealing works on their street.”

They just did parts of Bugden Avenue in Fadden but the signage and notices did not happen first. It was a serious inconvenience for a lot of people.

There were no scheduled garbage and recycling services here yesterday.

It’s a waste of time phoning that administration speed-hump call Access Canberra too.

Peter Campbell - 1 minute ago
Sarah Gildea Yep. The one with the highest level qualification available. View
Melva Clow - 26 minutes ago
3 out front of our place, the kind that continually drop long strips of bark all over the place... View
Susie Crick - 33 minutes ago
Melva Clow yep n i live under huge gum on council naturestrip..dont start me !!! View
Community 70

Kara Rangitonga - 16 minutes ago
If it wasn’t for SUMMERNATS I would never ever go to Canberra… I’m sure I speak for a lot of people who attend Summerna... View
Jaffa Groube - 2 hours ago
It shows the rest of Australia that Canberra is not just politicians and public servants but ordinary folk like themselves. View
Kris Peralta - 2 hours ago
It's not the event, it's just some of the grubs that it attracts. I think a half decent track and drag strip would be better... View
Food & Wine 16

May Welland - 55 minutes ago
Nope, i dont have dogs. They seem to frighten the birds though. I live under the flight path so have 10-15 drones flying over... View
News 1

Government pays out $37,000 in pothole claims but Taylah’s fight goes on

@the_riotact @The_RiotACT
Australian rules #football icons Alex Jesaulenko and Kevin Neale have #Canberra's sporting community in their corner as they take on one of the biggest battles of their lives https://t.co/0SOQQEOyLr (52 minutes ago)