Let us take your development
to the next level.
22 June 2021

Potential tenants are being warned to be careful who they are dealing with as rental scams increase. Photo: File.

A lack of affordable housing and increasingly desperate would-be tenants have combined to create the perfect conditions for scammers in the rental market.

Australians lost more than $300,000 to rental and accommodation scams in the nine months to September last year – an increase of 76 per cent compared to the same time the previous year.

One Canberra woman uncovered a scam on social media after she became suspicious of the low rent.

“This man contacted me saying he had a two-bedroom house for rent,” the woman said. “I asked if it’s dog friendly, why is it so cheap as he was offering $350 and a $700 bond. It seemed to me something fishy was going on.”

When the man provided an address for the “house” he was purportedly renting out, the penny dropped that it was a scam.

“It said 224/1, so it was an apartment. Then I double-checked the address. I live in the same apartment building he was advertising!”

A South Coast woman also had a close call.

“We got a message from someone claiming they had a house for rent in Ulladulla,” she said.

“They told us that they were out of state due to surgery and said they needed the bond ($1750) before they could send us the keys through Express Post.

“We were at the bank waiting to send them the bond money when someone we knew said the house was owned by an old guy. My hubby and I went over to the house and I spoke to him. He told me that it’s one big scam, that his house was not up for rent!

“I’m glad we didn’t send the money off to them … very sad someone would target a homeless family.”

It seems neither experience is unusual. Scamwatch received more than 560 reports of rental scams last year.

The fraudsters post advertisements on real estate or classified websites or target people who have posted that they are looking for accommodation on social media.

After the victim responds, the scammer will request an upfront deposit to secure the property or phish for personal information through a “tenant application form”, promising to provide the keys after the payment or information is provided.

The scammer may come up with excuses for further payments and the victim often only realises they have been scammed when the keys don’t arrive and the scammer cuts off contact.

“Once a scammer has your personal information, you are at risk of being targeted by further scams or identity theft.”

The ACCC said a common rental scam operating in Canberra last year involved a scammer impersonating a doctor living in Sweden who only offered virtual inspections and then requested bond money.

“Try to view a property in person before paying any bond or rent money to landlords or real estate agents,” Ms Rickard said.

“Scammers often rely on email communications to avoid identification, do an independent search for a phone number and speak to the property manager over the phone or arrange a meeting in person.

“Before making any payments ensure you are dealing with the licensed agent; if a scammer has your details, they may impersonate a real estate agent and attempt to ‘follow-up’ requesting money after an inspection.”

“Make sure you attend an open home before you submit any of your details,” she said. “And do your due diligence as well. If it’s legitimate, the property owner should be able to provide a rates notice to show they are the owner.

“This stuff has been happening for years, but people are taking advantage of the rental crisis at the moment and it’s really sad.

“People feel like they need a property really quickly and that’s creating a bit of desperation.”

Anyone who suspects they are a victim of a rental scam should act quickly to reduce the risk of financial loss or other damages.

They should contact their bank as soon as possible and, if relevant, contact the platform on which they were scammed to inform them of the circumstances. 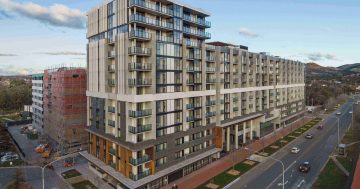