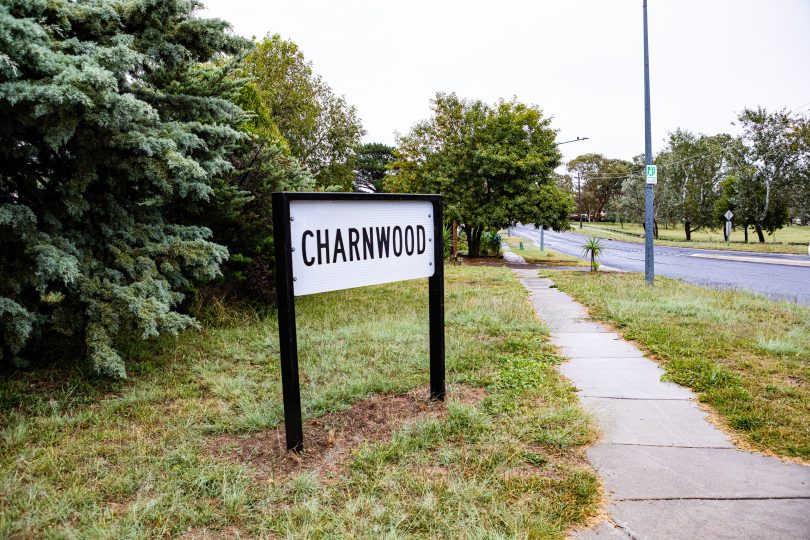 The outer suburbs of Belconnen and Tuggeranong offer the best value for house hunters in the ACT’s hot property market, according to new data showing the 20 suburbs with the lowest price by median value.

The figures from CoreLogic list the best value 20 suburbs for houses and units as at May 2021, together with the median values from the same time last year, reflecting the growth in property prices over the year.

While the house list may not surprise those seeking a standalone property who have had to expand their search further from the city centre, the unit list throws up a few interesting results closer in.

The lowest median value for a house sits at a value of $562,444 for ACT Remainder-Belconnen, the previously undeveloped and barely populated area of the Belconnen district which was not applicable last year.

READ ALSO See the Canberra suburbs in the million-dollar club

Up to the $700,000 mark, there is a mix of Belconnen and Tuggeranong suburbs – Isabella Plains, Richardson, Latham, MacGregor, Theodore, Spence, Higgins, Chisholm and Scullin – before Gungahlin makes an appearance with Ngunnawal at $709,389 – surging more than $150,000 in value on May 2020. 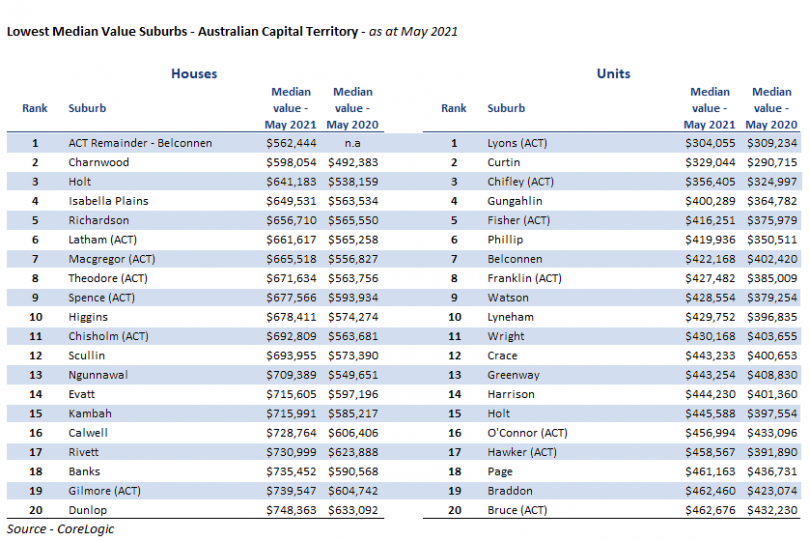 Rivett and the sprawling suburb of Kambah offer the best hope of something closer in, although listings in Rivett are hard to come by.

The steep increases in house prices have prompted many potential buyers to lower their sights and pursue a unit instead, and there are quite a few relatively central suburbs on the list.

The conveniently located Lyons, close to Woden Town Centre, offers a median value of just over $300,000 and movement in the past year has been minimal.

This may reflect the age of some stock but new developments have been taking place, are in train or planned.

Gungahlin, which takes in the Town Centre where there has been intense multi-unit development, breaches the $400,000 barrier followed by a clutch of suburbs under $450,000 including the popular Weston Creek suburb of Fisher and Inner North areas of Lyneham and O’Connor.

Also represented is growing Greenway, the Belconnen Town Centre, Phillip in Woden and Wright in the Molonglo Valley, where there has been intense multi-unit development in recent years.

Braddon has undergone significant multi-unit development, particularly opposite the Canberra Centre on the former public housing sites, and more is coming on the Northbourne Avenue side.

The increases in values have not mirrored that of houses with medians moving between $30,000 and $40,000.

What is ACT Remainder Belconnen?

Lachy median house price in ngunnawal looking good for you!

Jamian Valence you can take the boy out of charnwood…

Check the rates of crime before buying in anywhere

Greg John Hibberd from memory whenever the data regarding number of crimes is released it is always the more expensive suburbs which experience the most crime (red hill, griffith etc.)