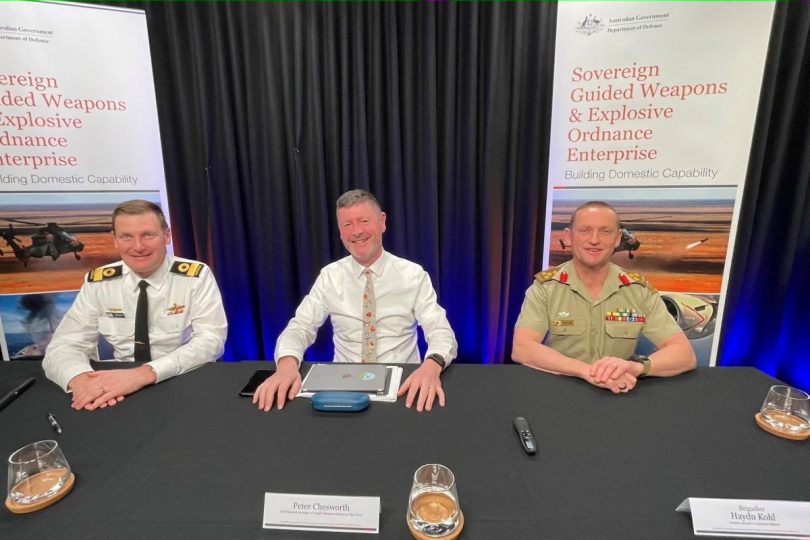 He will succeed Anne-Marie Lansdown, who will retire in November.

“I am delighted to welcome Peter Chesworth as part of the Universities Australia team and the leader of our policy team. I have no doubt he will make a significant contribution to the success of the sector and our members,” Ms Jackson said.

“Peter brings a deep understanding of the operation of government and parliamentary processes, as well as broad policy experience and knowledge.”

“Deputy chief executive Anne-Marie Lansdown is a consummate professional, with deep skills in both producing and influencing the direction of robust public policy for universities,” she said.

“She has served twice as deputy chief executive at UA and has made a profound contribution to the sector we all serve. We will miss her precision, dedication, insight and unfailing good humour.

“I’m sure UA’s members all join me in offering Anne-Marie our profound thanks for her service to the sector, not only in her time at UA, but across her entire career.”

Shari Tiger - 3 minutes ago
I’m pretty sure the speeding fines at the infamous Northbourne Ave and London Circuit have brought in enough $$$ to fund em... View
Heavs - 48 minutes ago
ACT Policing negotiating through the media again. View
John Giacon - 1 hour ago
The drug debate is relevant. If individual drug use were treated as a medical issue, rather than a criminal one, how many pol... View
Food & Wine 6

Anthony Philip Parker - 4 minutes ago
I'm feeling hungry just looking at that breakfast. View
Jasmine Elliott - 3 hours ago
Kynan Elliott you could do this View
Jane Farrugia - 4 hours ago
Went there for lunch the other day. Service was great, very friendly, food was really good, will definitely be going back🤗 View
Opinion 28

JS9 - 12 minutes ago
Whether they should or not, the markets do care, because the credit ratings invariably drive the interest rate at which insti... View
JS9 - 14 minutes ago
To be fair - an implicit guarantee exists in the form of the RBA. Because it can always print money and buy Government bonds... View
Heavs - 52 minutes ago
Dear Chewy and JS9. Thanks for pointing out how things actually work inside government finance. But actually, here is another... View
Community 8

Richard Lawton-Wade - 58 minutes ago
Never went there but still fondly remember it. It seemed to achieve legendary status. View
News 9

Capital Retro - 12 hours ago
Well, we are told there were about 500 active and organized nations before the British colonization started so I am sure the... View
News 19

kenbehrens - 13 hours ago
I think you know, but are choosing to ignore, the reason that patronage of the buses in the suburbia is relatively low. It's... View
Food & Wine 10

Phil Hopkins - 15 hours ago
And Tim is absolutely correct View
Melanie Lindner - 15 hours ago
Instead of bidding on more sports, how about investing in our arts sector? Support so many of our citizens who did it extra t... View
show more show less
*Results are based on activity within last 7 days

The outsourcing of Australian Public Service (APS) work, including the use of consultants, has been described as an industry full...
News 48

It's one of those words that seems to be dripping from the mouths of every progressive-minded or savvy professional with...
Opinion 28

@the_riotact @The_RiotACT
After two years the Canberra #Hospital Master #Plan is out. Take a look at the result https://t.co/IzT3fai8eh (46 minutes ago)

@the_riotact @The_RiotACT
RT @Breaking_247: The ACT Government will present its proposed legislation to manage the next steps of the #pandemic as the ACT moves from… (3 hours ago)

@the_riotact @The_RiotACT
Zoya Patel says it's time people in #relationships realised how lucky they are and accepted that there is a certain 'couple privilege' that makes life richer, easier and even cheaper https://t.co/0NWW51SToD (4 hours ago)