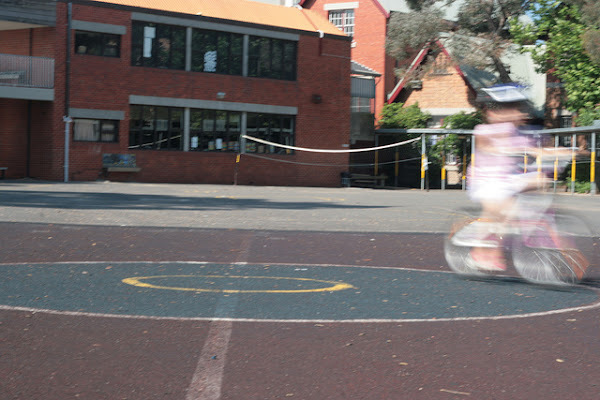 TAMS are celebrating a vandal roundup:

ACT Parks and Conservation Service rangers have teamed with ACT Policing to identify and fine seven people who were guilty of using their cars to deface parkland in remote parts of the ACT.

“With the help of the Rural Patrol within ACT Policing, seven drivers have been identified and fined for causing significant environmental damage to areas of the Cotter River Catchment,” Manager, Regional Operations, ACT Parks and Conservation Service, Brett McNamara said today.

“Rangers noticed that sections of the grass verge on Brindabella Road had been torn up by drivers doing ‘circle work’ with their vehicles. We set surveillance cameras up in response to this, which showed more vehicles damaging the area.

“ACT Policing were provided with the video footage, and were able to successfully identify the drivers and issue them with infringement notices.

You get fingered instead of having your car impounded for doing burnouts now ??? Forget the floats on Oxford Street folks – get yourself and ute and head for the Cotter!

If they were just on the verge, the only thing the cops could do was fine them for traffic offenses such as dangerous driving, neg driving, or something similar. The fact it was in a catchment area doesn’t add any weight to the charges I don’t think. If they were fishing there illegally, or diverting water it might be a harsh penalty, but otherwise, they could have been in a local park and got the same fine….
Good on the surveillance team, now can they use it for charity bins as it’s been proven to be effective?

Significantly damaging the environment? You mean more than putting a bloody great big road through there? Do these people even think before they say this crap?

Why focus on Brindabella Rd? Why not set up the cameras closer to town? I can think of plenty of reserves and car parks in the city where this goes on. Personally, I’d rather this crap went on out in the middle of nowhere than in the carpark across the road from home. There’s no way to completely stamp it out. People are always going to do it.

I drove out that way last Sunday. Noticed a couple of big roadside areas which were seriously chopped up, and had huge rocks placed all around to stop it happening again.

The hidden camera approach is an interesting one. I admit I’d not expect it on a somewhat remote rural road. Idiots really shouldn’t have gone to the same place twice.

TAMS are such spoilsports!

Significantly damaging the environment? You mean more than putting a bloody great big road through there? Do these people even think before they say this crap?

I will admit that the first thought through my head was that some poor takeaway restaraunt workers were being sexually abused in the workplace by a mean, yet kinky employer who likes to drive the point home when assigning tasks.

Any comments from our friends at rushhour?

We need to ban all circles from ACT schools. As the photo demonstrates, they will only give kids ideas…

Yvon Nemchinov - 19 minutes ago
Well considering you have probably never lived under totalitarian rule, I expect you to lack understanding, Matthew. All of t... View
Carly Maree - 1 hour ago
I wonder if the people doing this use computers or phones? SMH. 🤦🏼‍♀️ View
Matthew Davies - 2 hours ago
Yvon Nemchinov sounds like you should talk to someone who has to watch people die of COVID who could have been saved. Freedom... View
News 77

John Moulis - 2 hours ago
The Australian basketball team in the 1972 Munich Olympics. I vaguely remember that game. Australia was playing the US dream... View
Jennifer Andrew - 2 hours ago
A lovely person always and a great contributor to sport in Canberra. View
Fiona McLean - 3 hours ago
Wait? Phil's hair was dark? Well I never… View
Opinion 219

@The_RiotACT @The_RiotACT
From building #WodenPlaza to making movie sets in #Hollywood and back again - this is carpenter Maury Cooper's epic journey https://t.co/Y2xFL2YN7A (18 minutes ago)