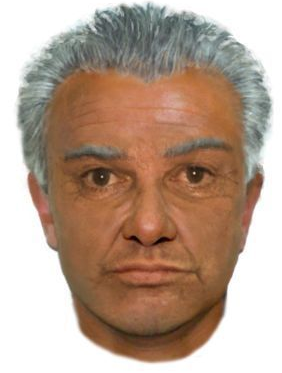 ACT Policing is asking for the two men who assisted a 25-year-old woman on Akuna Street, City around 10 pm last Saturday night (February 11) to make contact with police.

The two men assisted the woman by walking her to a licensed premise on Akuna Street to meet her boyfriend. The men may have been approached by the woman near the entrance of Myer or SAP House and told them that she had been assaulted.

The men walked with the woman and met with police at the licensed premise leaving the area before officers could obtain their details.

The woman informed police that she had been sexually assaulted in a nearby lane and had then run away from the offender.

Police are urging the two men involved to contact ACT Policing Operations on 131 444.

The alleged offender is described as approximately 60 years of age, 178cm tall (5’10”) with a stocky to overweight build, olive skin, brown eyes and short, grey hair.

ACT Policing would like reinforce that the two men who assisted the woman are not involved in the alleged incident and are potential witnesses who may be able to assist in the investigation.

Now usually i wouldn’t like a comedic comment on such a topic as this, but i have to say – this was really funny – thankyou kindly for my laugh that almost woke the kids 😀

Yes, I hear you and I agree with you. I did pause for a sec recognising that it is not appropriate to make light of this situation, but this was the only time I’ve ever seen an identikit composite look vaguely familiar, and had to share.

Now usually i wouldn’t like a comedic comment on such a topic as this, but i have to say – this was really funny – thankyou kindly for my laugh that almost woke the kids 😀

I hope they come forward and help her again 🙂

Elaine Staples - 2 minutes ago
A wonderful place....that will be even better.....and continue to bring people and money to Canberra...that can then be used... View
Karin Foxwell - 15 hours ago
Frank Valzano hear hear! As an Art Therapist working with veterans with PTSD I can only imagine how that sort of money could... View
David Stephens - 17 hours ago
But if your head is in the sand you might come a nasty gutser. Moving on has its drawbacks. View
News 8

Brent Hutch - 2 hours ago
Simon Lynch I'd suggest you need to go check your own facts first champ. Based on your thinking, the ACT should ignore fires... View
rationalobserver - 16 hours ago
3 points; No sane person would raise the topic of Defence force help in the same breath as raising the possibility of a law s... View
Simon Lynch - 2 days ago
I'd check the facts first Kerry. At the time there was no fire in ACT and yet your wonderful Administration hired the helicop... View
News 31

David Riddell - 9 hours ago
Unless interstate waste is banned from Mugga the waste could still be accepted even should CRS facility becomes operational.... View
Alex Troy Elsworth Adkins - 10 hours ago
Marea Fatseas the site is on the railway line with exsisting sidings thst would allow waste to be transported by rail to Tara... View
JC - 10 hours ago
Maya the land in question used to be a petrol terminal. I wouldn’t call that light industrial and that terminal had been th... View
Lifestyle 1

PaulWalshe1 - 19 hours ago
Great article Tim, it was a special day for AFL in Canberra. The ACT had only 3 VFL players - Jezza, Ian Low and Queanbeyan's... View
Business 20

@The_RiotACT @The_RiotACT
Our latest newsletter has all the top stories of the week wrapped up, from the return of COVID-19 to articles about black cockatoos, Tik Tok clips & controversial rock art https://t.co/PHRxmoBngx (6 hours ago)