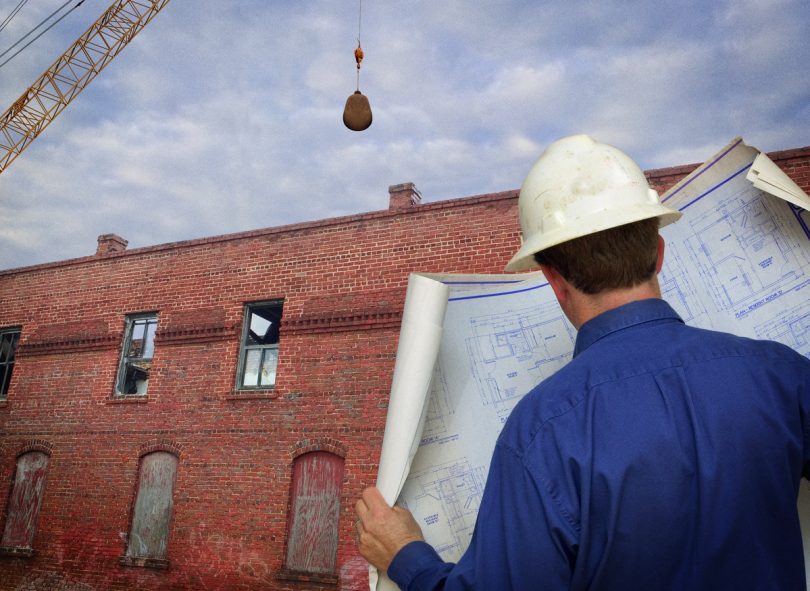 If an overwhelming majority of owners want to sell and redevelop, one owner can block progress in the ACT.

Currently in the ACT, you need 100 per cent agreement from owners in a strata titled site i.e. a block of flats or apartments, before it can be sold, or a developer can redevelop the site.

Now, there are some good reasons for this. Elderly people may wish to stay in their homes, some owners may not want to move from their location, or sick, disabled or other disadvantaged owners may not have the capability to fight redevelopments.

But it can also lead to a situation where, if an overwhelming majority of owners want to sell and redevelop, one owner can block progress.

There are reasons why buildings that are strata titled properties may need to be redeveloped, such as they are old and run down or they might have so many defects that they are unsafe.

It just so happens that other states and territories have made amendments to their legislation to make it easier to redevelop strata titled buildings.

As the ACT is an island in a sea of NSW, it’s probably best to look at what’s happened there.

NSW has implemented legislation that allows the collective sale or re-development of freehold strata schemes without the unanimous agreement of all owners.

In fact, in NSW, collective sale or redevelopment may ultimately proceed with the agreement of 75 per cent of owners of strata title lots.

The rationale for this change was that it would allow developers to assess old or ageing strata developments and consider prospects for redevelopment.

So, how is this significant change working in NSW? The RiotACT spoke to Sally Tuckfield, partner and property lawyer at Dentons Lawyers.

Sally said that on the whole, she was in favour of the changes, “Owners are protected, in the sense that they obtain at least market value, and in most cases well above, for their unit. There is also capacity for other compensation. In addition, the Land and Environment Court has to approve the strata renewal plan and check that all steps have been strictly complied with. This ensures that owners have not been bullied into selling.”

She says one of the main drivers for the changes being put in place is to enable redevelopment of aged strata buildings but also to protect older and vulnerable people. Previously, a single person could block a sale of the whole block against the wishes of all others.

Dentons has seen firsthand how the existence of the legislation has actually bought owners together to collaborate and agree on a collective sale, whilst not going through the legislative process. This has been easier and less costly for them, Sally said.

But is the ACT in the same position as NSW?

“If the ACT doesn’t have a lot of aged strata buildings then it’s probably not necessary,” Sally commented.

So, what does the Canberra strata industry think about the need to introduce the same changes as NSW?

Local strata expert and Managing Director of Vantage Strata, Chris Miller, believes that there is no immediate need in Canberra to introduce NSW-type changes to collective sale or redevelopment laws.

“NSW was driven by an urgent need, many buildings are unsafe and more than 30 years old. Canberra isn’t there yet,” Chris stated.

We may not be there yet, but this is an issue that will impact Canberra in coming decades.

“We need to be looking at this issue now, anticipate the change, and prepare both owners and developers for the impact and opportunities that will follow,” Chris said.

Do you think one owner in a strata titled building should be able to block a sale or redevelopment in Canberra? Let us know by commenting below.

One Response to Should one owner be able to block strata titled collective sales and redevelopments in Canberra?
Filter
Showing only Website comments

Basing this story around the extreme case of one owner blocking a sale is being far too simplistic. Probably does happen – but rarely.
There is merit in having some form of majority sale process in particular cases – but…
Always be wary when it is developer driven as opposed to tenant driven.
Oversees experiences on this show that in some cases rich developers do deals with chosen (friendly) residents to get up to the required number – and this has left others in a totally disadvantaged situation.
When unit owners give in to the pressure (direct or otherwise) to sell – they then find that the money they receive does not allow them to buy back into the same area and they are forced to buy much further out.
The process when developer driven can lead to gentrification – with lower income people having to move further out – and away from their well established social support systems.
With many older sets of units – there is usually a sense of community that has built up over the decades – this is important as people age in place within a safe community environment.
There is no simplistic formula to these issues – and how such processes are established should not be based on simplistic and extreme examples.

Clare Hyden - 30 minutes ago
Mark Rogers ummm 20,000 through the gate each day. View
James Kelly - 6 hours ago
Health minister impressed… bro I got covid there View
Mark Rogers - 7 hours ago
The event organisers clearly stated it was not limited to 20,000 a day. It was 80,000 overall. So some percentage of that was... View
Opinion 375