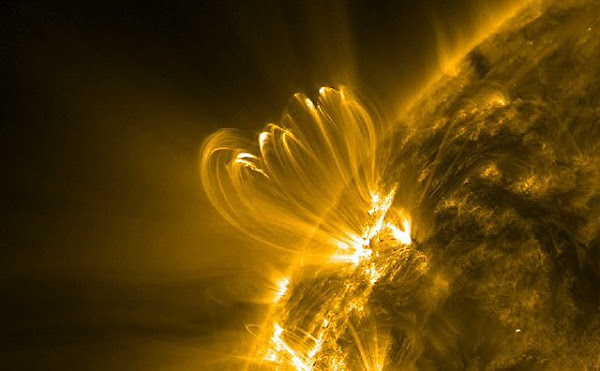 Simon Corbell has let the world know he’d like proposals for a large scale solar plant here in Canberra:

Renewable energy companies with proposals to establish large scale solar generation in the ACT are being invited to submit proposals to the Government as part of the ACT Labor Government’s plan to make Canberra Australia’s solar capital, Minister for Environment and Sustainable Development, Simon Corbell, announced today.

The request for proposal stage will attract bids from companies who have the ability to deliver on the government’s plans to create large scale solar at the lowest cost to the community.

“Companies will be able to submit proposals to establish solar facilities to support the development of up to 40 megawatts of large-scale solar generation capacity,” Mr Corbell said.

“The request for proposal has been facilitated by the Electricity Feed-In (Large Scale Renewable Energy Generation) Act 2011, enacted in December 2011, and allows for 40MW of generating capacity to be established in the first auction.

Apparently we’re only going to pay for power generated, not for building it.

[Photo by NASA Goddard Photo and Video CC BY 2.0]

TimboinOz - 7 hours ago
How to spend money, in public? AKA Konspikewus Konsumption. Look at ME!!!!! YAWWWWWWrrrrm. Build a veggie garden, grow your o... View
Food & Wine 1

chewy14 - 8 hours ago
BJ, You aren't meant to bring these things up. The only information allowed is positive. It's efficient, it's modern, it's vi... View
chewy14 - 9 hours ago
JC We don't need news reports, transport Canberra publish the patronage reports. BJ's figures are accurate. https://www.trans... View
bj_ACT - 9 hours ago
Just for the record, the light rail business case for expected daily patronage was quite low in 2019 and we beat that in the... View
Property 5

JC - 10 hours ago
China may well be a developing country with many that are very poor. It does however have a massive (millions) middle to uppe... View
keek - 12 hours ago
Nobody held a gun to the Chancellors head and said "You must rely on income from foreign students and expand to a level where... View
chewy14 - 15 hours ago
JS9, Whilst I would agree that the Federal government has set the framework and playing field that the Unis are operating in,... View
News 3

Richard Windsor - 12 hours ago
As the poor bunny who has been identifying mushrooms, both toxic and non-toxic for the ACT Hospital system since 1985 I must... View
Community 12

Capital Retro - 16 hours ago
".... An emblem showcasing medieval queens, crowns, and castles, doesn’t represent 21st century Canberra..." We have all th... View
Stephen Saunders - 22 hours ago
Symbols do matter. The British monarch is the white hereditary chief of the Church of England. An emblem showcasing medieval... View
HiddenDragon - 1 day ago
"Could the Brindabella Ranges be incorporated into the ACT’s coat of arms,..." An image which combined the mountains and th... View
News 1

jwinston - 19 hours ago
How many committees and inquiries does there have to be before anything constructive is done at the AMC? From what has been p... View
News 71