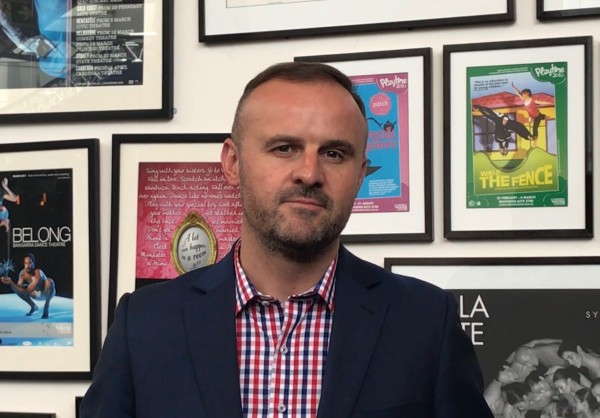 Artists working on projections for Enlighten from March 3 to 12 this year will be paid following an outcry in 2016 over the use of works created by interns lighting up our national institutions during the popular autumn festival in the capital.

Speaking at the launch of Enlighten at the Playhouse today, ACT Chief Minister Andrew said those issues had been resolved.

“There will be no more unpaid internships, that is what it is,” Mr Barr said.

The signing of Enlighten’s first presenting partner, Singapore Airlines, had not played a role in this, though he noted that the partnership allowed for “a much stronger program”.

“It will allow many more international tourists to be brought into the event,” he said.

“It lifts the event in a way that we haven’t seen before.

“I guess it’s Canberra moving out of being a provincial country town to being an internationally engaged city.”

The Chief Minister said the partnership was another example of what direct international flights bring to Canberra and said he expected to see more such synergies over the next four or five years.

“You’ve got to presume that with a partner like Singapore Airlines it makes it easier to approach other international companies to become sponsors of our events, so this lifts Canberra to a new level,” Mr Barr said.

Now in its seventh year, Enlighten has defied critics who predicted it would be a flop at its inception.

“There are always critics for almost any change or anything new in Canberra,” the Chief Minister said.

“We put those aside and you just move on with delivering quality events.

“That’s what Enlighten has developed into … no event starts in the first year as a mega event with hundreds of thousands of people, but if you were to ask the critics when we started would we be attracting 300,000 in year six, would we be attracting a major international sponsors they would’ve laughed at that.

“Now, I guess, we’re all laughing at the critics.”

See the Chief Minister’s response to our questions here:

The Night Noodle Markets will be back, as will a range of free and ticketed entertainment.

Among other venues this year will be the National Zoo and Aquarium, the Canberra Glassworks, the National Archives of Australia, Australia Botanic Gardens, and the Royal Australian Mint.

Catch up on our live coverage of the launch today here:

The full Enlighten program will be revealed tomorrow, but highlights include:

Sunset on the Roof
Australian Parliament House
March 3 and 11
Two hundred guests will enjoy drinks, music and snacks from the roof of Parliament House over two hours, on two nights only.

Mad Women of Advertising
National Library of Australia
March 3
Celebrating the role women play in the success of the advertising industry over cocktails, canapés and music, this event will inspire guests to dress in vintage attire, Mad Men-style.

Industrial Illumination
The Royal Australian Mint
March 3
For one night only, a high-security factory production corridor at the Mint will be transformed into a glowing black-light industrial dance zone, as part of Enlighten 2017. Featuring DJ Robot Citizen and Rachel Reid and the Fabulous Fan Veils Troupe, the Mint will host a temporary underground dark-electronic music scene in Canberra’s own purely industrial setting. Dress in your darkest and get ready to illuminate. High-vis vest and glow-stick supplied. 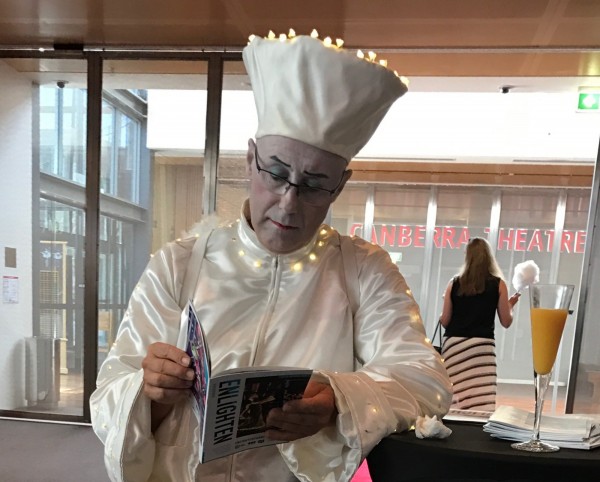 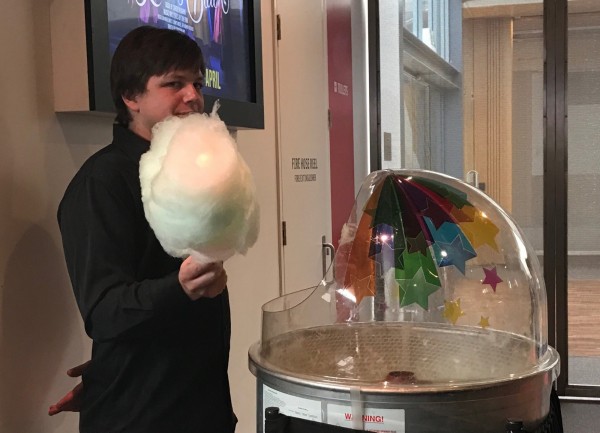 Fred Colon - 21 minutes ago
Absolutely and it's a great thing. But it is ne in a hundred - over 12. View
Shane Jasprizza - 45 minutes ago
One in a hundred Canberrans remain unvaccinated; the risks are extremely low. View
Gary Keogh - 1 hour ago
There aren't too many Canberrans left over 12 who aren't at least partially vaccinated. View
News 41

Lindi Loo - 1 hour ago
Are these two 'paid actors'? If not, they should be! Brilliant 😂👏... View
Emily O'Shea - 1 hour ago
Jen O'Shea watch the video in this View
Shannen McCann-Geiger - 3 hours ago
The wife looks super happy to be there View
Sport 130

Jim Reid - 1 hour ago
ACT Govt doesn’t need any more $$ they’re literally the worst financial managers and they wouldn’t be transparent as to... View
Graham Smith - 1 hour ago
Michael good suggestions. Another consideration is certainty that the revenue from pay parking is well and truly sufficient t... View
Simon Ford - 2 hours ago
Bev Anderson paid parking and a toll on the road to get you there. Then you can be just like Sydney! 😁 View
Lifestyle 10

Chris Partridge - 1 hour ago
Denise Show Monica... View
Kathy Johnson - 2 hours ago
Barb made our eldest sons blanket 38 years ago, then the blanket was passed on to our eldest grandson 11 years ago. Our blank... View
News 6

@the_riotact @The_RiotACT
Former #gambling addict Markus Fischer used to win big, but then he began chasing his #losses and his life spiralled out of control. Now reformed, he's encouraging others to seek #help during Gambling Harm Awareness Week https://t.co/fzdCR1Zec7 (29 minutes ago)