Skating for all ages and abilities outside the Legislative Assembly 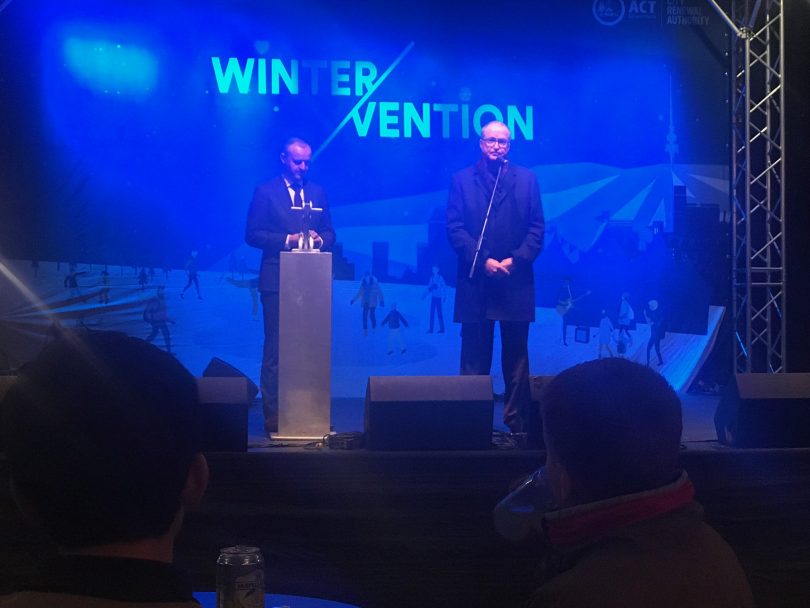 Hundreds of twinkling lights lead you up past the merry-go-round, across London Circuit, and outside the ACT legislative assembly and the Canberra Theatre. This is where Canberra’s ice skating rink is newly set up.

After a dramatic countdown by the Chief Minister last night, the ‘on’ button was flicked and the lights to the skating rink blazed. A blast of man-made snow, modern music, and several pro-ice skaters gracefully glided onto the ice in all their sp’dangled glory.

Strong and graceful young athletes drifted around the ice rink like they were flying, making it look effortless. You can check out our Live Facebook filming of part of the opening.

Not everyone can, or will be able to ice skate. I think of people in my immediate circle who cannot skate due to a disability: legs don’t work, legs are shaky, in wheelchairs, Multiple sclerosis, ME (or Chronic fatigue syndrome), Polio, Cerebral palsy, missing limbs, or blindness.

On the other hand, a lack of coordination, as is the case with me, could be another reason as to why people will choose not to participate. I was comforted to know that Chief Minister Barr was a fellow non-participant, so we watched from the sidelines instead.

Close to 20 per cent of Canberrans are living with some form of disability. While some people may not be able to ice-skate for various reasons, there is little to prevent people of all abilities from enjoying the general atmosphere of Wintervention.

As we watched multiple ice skates kissing the ice beneath them, Mr Barr commented that he was committed to the event being accessible for all Canberrans. So even if ice skating is not your thing, or you physically can’t do it, the atmosphere and being part of the soul of the city – the music, coffee and drinks, food vans, kids play area, and beautiful lighting – is well worth it. 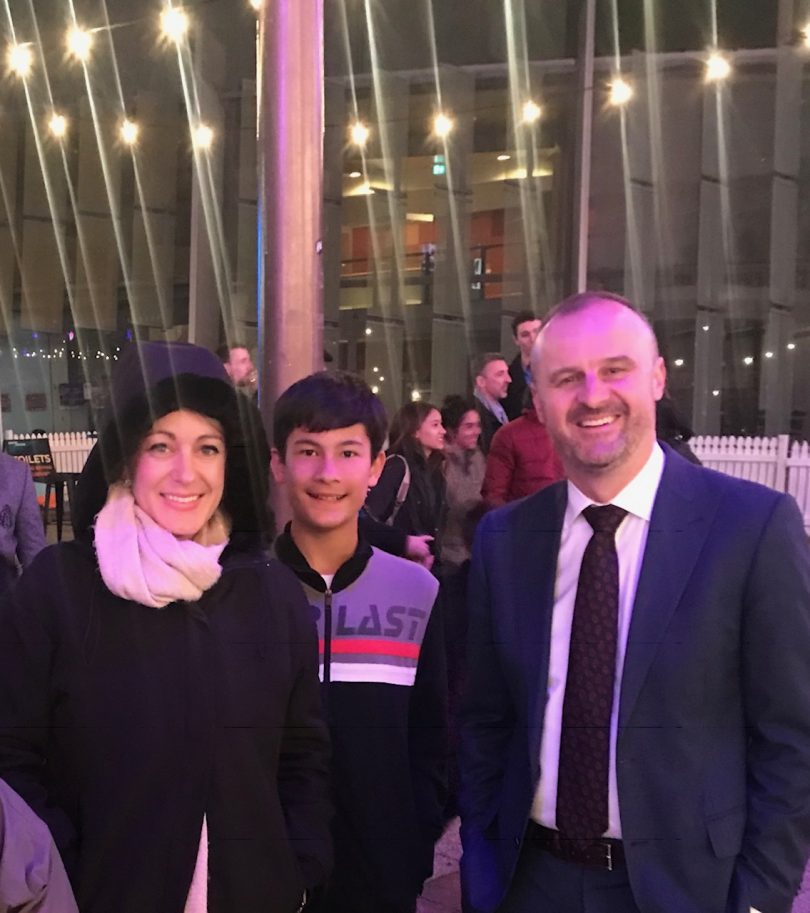 Wintervention is something I haven’t bothered to attend in previous years. Having lived in Canada, I wondered how any attempt to replicate such winter conditions Down Under could possibly compare.

I have to say, though, when I did attend this year, I was pleasantly surprised.

It was a feast for the senses, and as world-class as anything I have ever experienced. The music rang out a selection of inspiring tunes. Snow sprayed intermittently through dappled rainbow lighting. More than just skating – Wintervention I am assured, is bursting with activities for the non-ice-skaters among us, including markets, ice shows, a life-size snow globe and live entertainment for all ages to enjoy. Local food and makers’ markets will take place on the opening weekend (5 – 7 July).

It seems that some sincere thought has gone into the other complementary activities and options available for people who physically cannot ice-skate. I noticed children with ‘stability penguins’ and I thought I could maybe use one later on (and I did!). 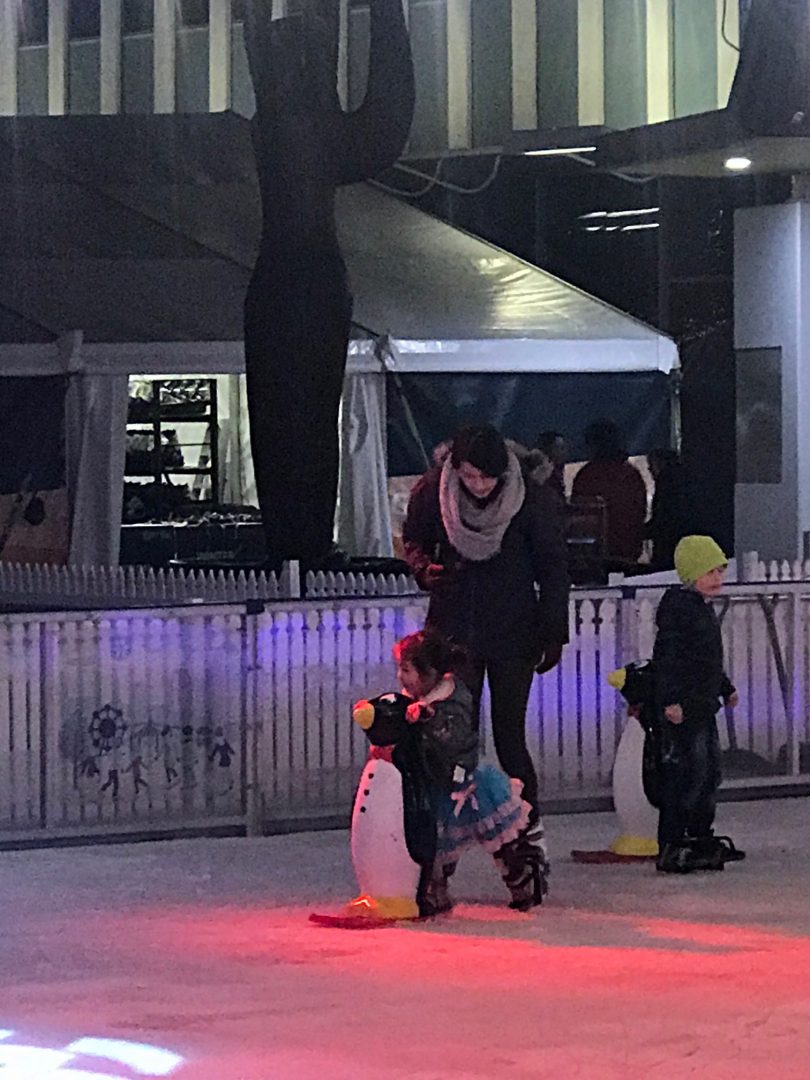 In building a Canberra that is inclusive, accessible, and for all abilities – Wintervention works.

Skating at Wintervention will be on every day from 10 am to 8 pm with scheduled performances from the ‘Stars on Ice’ on Fridays and weekends. Hot drinks and snacks will be available day and night. Live music will be on every Friday, Saturday and Sunday during the event. 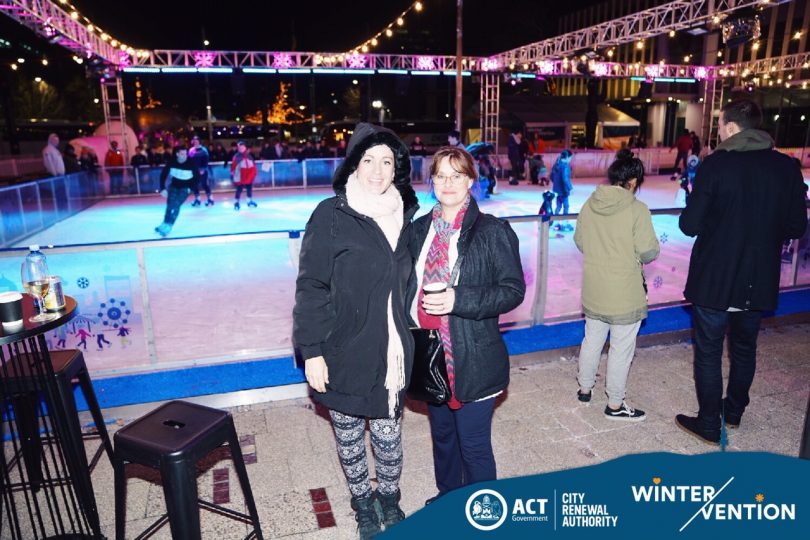 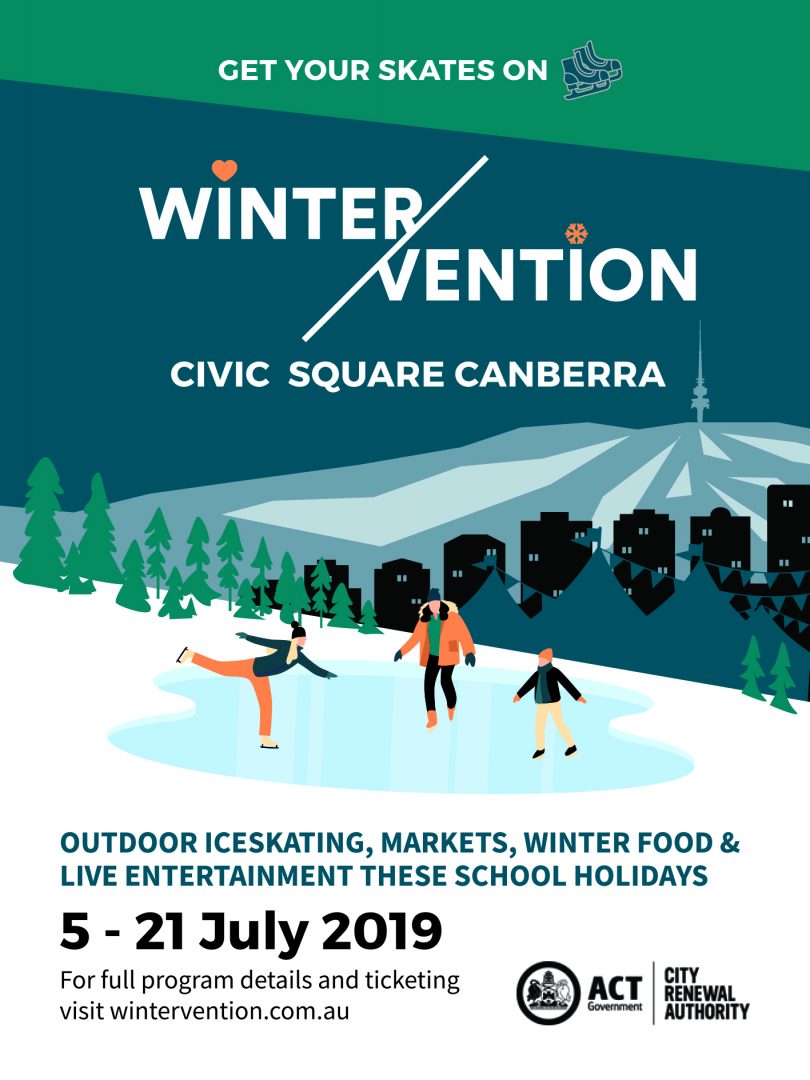 If you or someone you know has a disability, consider joining People with Disabilities ACT today at www.pwdact.org.au and help build a stronger collective voice for people with disabilities in Canberra.

Sam McCracken - 6 hours ago
Lea Powell agree to disagree then. We clearly see this from 2 different points of view, but if you re-read your comments you... View
HiddenDragon - 8 hours ago
Based on some of the apparently well-informed comments here about ACT public housing policies, it is truly fascinating to see... View
Lea Powell - 10 hours ago
Alicia Boardman exactly! View
Opinion 12

HiddenDragon - 6 hours ago
"The Pavlovian response to the sound of wheels rolling across floors as the trolley ladies made their way into the office and... View
Community 12

nickwest - 8 hours ago
Yes, lots of trams got replaced by buses last century. One example close to home is Sydney. Ripping out the trams was such a... View
News 5

@The_RiotACT @The_RiotACT
Meet our latest @rspcaact pets of the week: two cuties called Quazi & Phoebe, who are in need of loving new homes https://t.co/g6CfX4zlm9 (6 hours ago)

@The_RiotACT @The_RiotACT
Ready to buy an entry-level family home where all the hard work has been done? This well-presented property in Calwell could be the one for you https://t.co/BlyOL4sMmx (7 hours ago)