Skyfire as an educational opportunity…

ACT Policing will be focusing on underage drinkers at Skyfire this weekend (Saturday, March 17) as part of its ‘Drink too much and you’re a galah’ campaign to deter young people from binge drinking.

Medical studies show that alcohol consumption in young people can have detrimental long-term health effects and can impact on the community as a whole. ACT Policing will collaborate with DIRECTIONS ACT this weekend in an effort to educate young people on the harmful behaviours associated with alcohol use.

A/Superintendent Steve Hogarth said that teenagers are not always aware about the dangers associated with alcohol use and are often pressured into drinking by friends.

“Peer pressure is an issue when it comes to alcohol. Most teenagers want to fit in and be accepted, and in doing so will succumb to peer pressure to show that they are one of the group,” A/Superintendent Hogarth said.

“While police have an enforcement role at events such as Skyfire, we also have an opportunity to educate and interact with our youth. If I am able to reach one teen and encourage he or she to abstain from alcohol and to find the courage to say ‘no’, then that is a good day for me.”

ACT Policing would encourage parents and guardians to know your children’s plans for the night and who they are with, how they plan to get to and from Skyfire, and a way of contacting them.

ACT Policing will have a strong presence at Skyfire and roving members will engage with young people while handing out campaign merchandise such as water bottles, wrist bands and glow sticks. 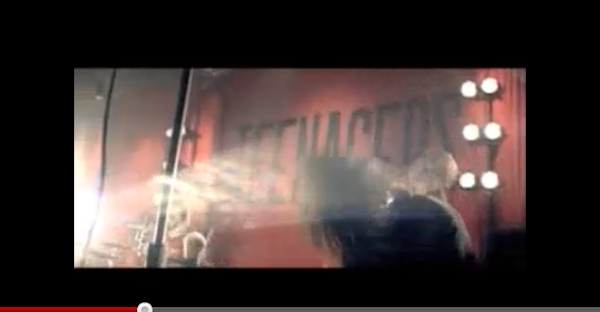 Sounds like a neutered version ‘suggested’ by senior level constabulary.

I would speculate that the brief said ‘must by edgey and appeal to young adults’, they’ve given it to some advertising thinktank along with a bag of cash, couldn’t stomach the results, and wrote the subsequent version themselves on the back of a Slim Dusty ticket stub.

That galah ad is hopelessly out of touch with young people, who’ll probably think it’s quite lame. I don’t know what the solution to underage drinking is, but it’s not that.

A/Superintendent Hogarth: “If I am able to reach one teen and encourage he or she to abstain from alcohol and to find the courage to say ‘no’, then that is a good day for me.”

Must be Commonwealth money.

imo a better campaign would be “too much drink and you’ll end up in a cell” then have a picture of a grotty cell covered in p*ss and sh*t.

I also don’t think i’ve ever heard the negative term ‘galah’ used outside “Home & Away” (is that show still on?)

Lillie Rudland - 2 hours ago
David Rudland just say when! View
Jody Kisbee - 7 hours ago
Sounds like a plan View
Jodie Roberts - 7 hours ago
Julia McFarlane what are you two up to this weekend? This looks lovely View
Opinion 34

Matt Henry - 6 hours ago
Allison Jay if she says that then u could only blame boring parenting. Canberra is a great place to bring up kids ans live. View
Allison Jay - 1 day ago
Kat Rothwell haha yes indeed View
Sport 5

Border_Libran - 10 hours ago
Hi A_Cog, I’ve just found your comment, if you still reside at Oaks Estate I would be interested in contacting you, I was p... View
Breaking 1

Capital Retro - 10 hours ago
How unlucky is this dude? I mean, it's hard to even spot a police car in Canberra let alone hit one. View
Property 15

Harley Quinn - 12 hours ago
Canberra has NEVER been a peaceful city. I was kidnapped in 1993. It's nice that some people still have that illusion though. View
Business 18

Bob Jones - 18 hours ago
Deb Wheare And Lynne Meredith... I've heard because of the more right someone who identifys as being an Aboriginal or Torres... View
Kev Martin - 1 day ago
I find If you stop breaking the law, you don't get locked up View
Deb Wheare - 2 days ago
Jacob Torresan face palm View
Community 12

@The_RiotACT @The_RiotACT
Stories about Summernats, snakes, Skywhale & a new venture from the team behind Bombolini doughnuts all featured among the top stories on the RiotACT this week. Catch up with our latest newsletter https://t.co/4JyEruj9tg (5 hours ago)

@The_RiotACT @The_RiotACT
Eleven years after he was first drafted into the AFL while still at Erindale College, Jason Tutt is returning home to Ainslie Football Club https://t.co/0D5tHBFya1 (6 hours ago)

@The_RiotACT @The_RiotACT
This remarkable seafront complex for sale near Narooma is your chance to purchase a unique residence with optional tourism business opportunity https://t.co/Fze10GhLLY (7 hours ago)