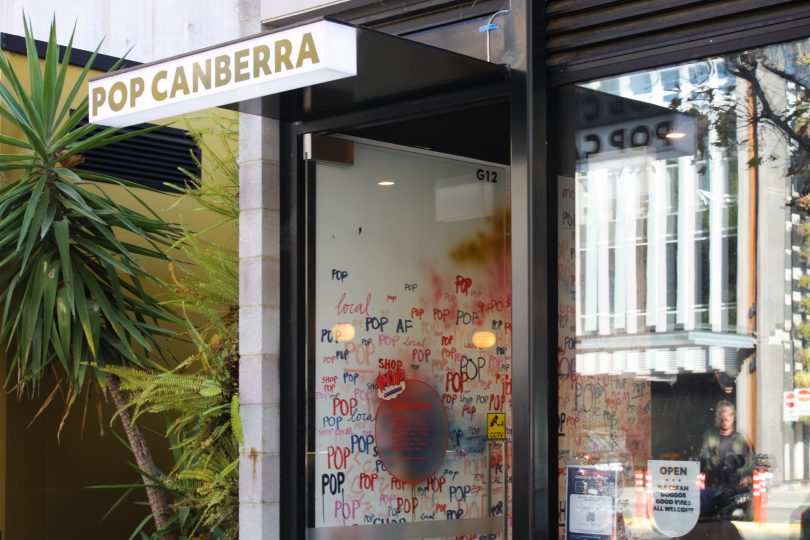 Canberrans are being encouraged to shop local this festive season. Photo: Lottie Twyford.

Canberrans are being urged to splurge their lockdown savings with local businesses – many of which are still doing it tough, despite significantly eased restrictions.

For POP Canberra co-owner Gabe Trew, the store’s post-lockdown reopening wasn’t quite as big and booming as expected.

Like many business owners, Mr Trew was expecting a flood of people and to see “booming streets”. While there was love from the community, it didn’t last for as long as expected.

“We hoped that to continue over the coming months, but we’ve seen the opposite and it’s died off a bit,” Mr Trew said.

“It’s been mixed and we think people are a bit hesitant to come out and about.” 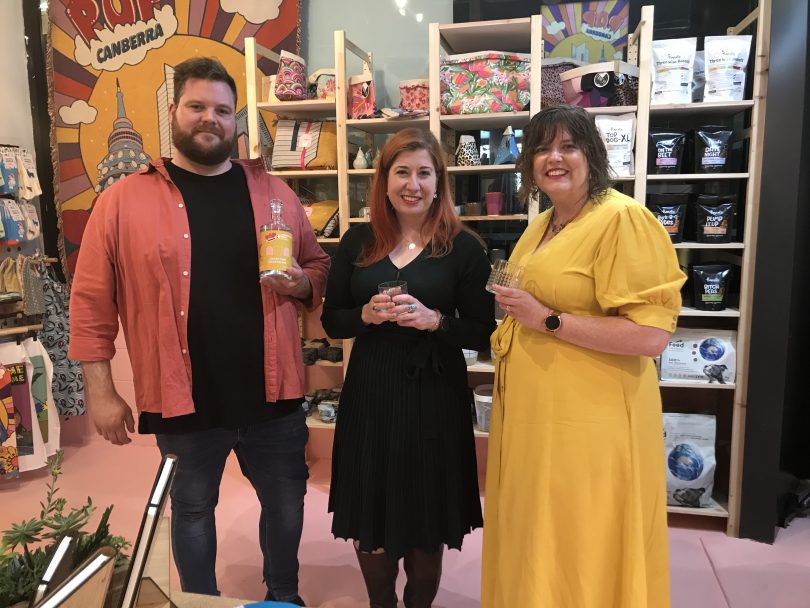 One significant difference with pre-lockdown life is the lack of Monday to Friday foot traffic. Many people who’d usually be in the city, and filling busy Lonsdale Street, are working from home instead.

“Our weekdays are quite quiet at the moment, and there are just nowhere near as many people on the street as usual,” Mr Trew said.

The weekends are busy, he said, but it’s not enough.

Minister for Business and Better Regulation Tara Cheyne said flexible working arrangements and the flow-on impact to small businesses was a “balancing act”.

She noted the government had been working closely with businesses to see how they could expand their spaces throughout the suburbs and the city to increase foot traffic.

“It’s been a challenging time. People have been staying at home and we are really feeling the pinch of the loss of steady revenue,” Mr Trew said.

Christmas is a time where the ACT economy generally booms.

Chief Minister Andrew Barr has often spoken of the potential for a V-shaped economic recovery and recently said there were “encouraging signs that this is already underway”.

“We know there is a lot of pent-up demand after a year in which people haven’t been able to celebrate or spend as they usually would,” Mr Barr said.

He expected this to continue throughout December.

“I have no doubt we are going to see strong economic stimulus in the next few weeks, and I am sure businesses across Canberra are ready to make the most of this consumer demand over the festive period,” Mr Barr said.

READ ALSO: Pop in to a store in Braddon with good vibes of an especially local flavour

But business owners such as Mr Trew remain concerned that people are still hesitant to splash the cash.

“For a lot of people in the small business community, this Christmas is literally the difference between the business staying open or closing in January,” he said.

“That’s a real threat for many businesses, so I think the message has to be to shop local and spend local.”

Not only is Mr Trew a small business owner, but his business is reliant on other small businesses as POP Canberra prides itself on stocking small local businesses’ products as well as those of independent creators.

His suppliers, he said, “are doubling down”.

“People are worried, people are really concerned that this might just be a flash in the pan, and we won’t return to a consistent, reliable income level next year,” he said.

Ms Cheyne urged people to shop local and support Canberra businesses wherever possible when buying gifts for loved ones.

“It’s incredibly important for Canberrans to get out there and back the businesses that have been supporting us,” Ms Cheyne said.

Steve Timbrell - 4 hours ago
Peter Hatfield I’ve been fined for parking on the nature strip in Belconnen before. It happens View
Mirjam Herzog - 9 hours ago
Fines depend a fair bit on neighbours dobbing the greenstrip parking in...about a decade ago, after buying a second car, we h... View
Les Eite - 9 hours ago
Parking would be free cause it’s one of there own View
News 315

John Bowyer - 4 hours ago
a very simplistic statement. gums make up a lot of our trees. How many other species of trees had a failure in the storm? I n... View
kenbehrens - 6 hours ago
A few commentators have claimed gum trees are not the species of tree nicknamed "widow maker". This article from the ABC migh... View
kenbehrens - 6 hours ago
George Watling, I guess that limb that broke our solar hot water panel and the limb that fell onto our pergola and that limb... View
Property 5

TheSilver - 7 hours ago
Then how do you explain that the UK found that life expectancy went down by 7 weeks for men, and went up by 4 days for women? View
Capital Retro - 8 hours ago
I wonder what the point of that study was. I am confident that Canberrans, having on average the highest levels of intelligen... View
News 33

William Newby - 9 hours ago
This is clearly the work of the devil! View
News 4