Do you know this taxi thief? 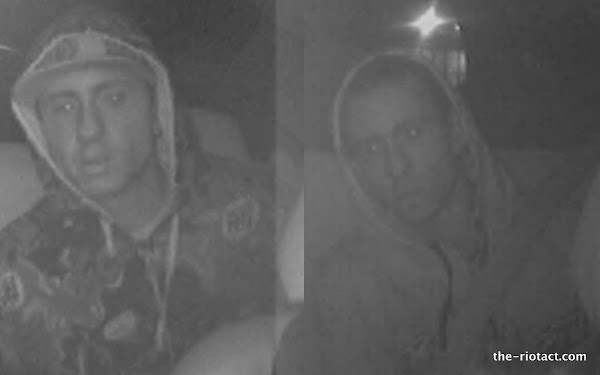 ACT Policing is seeking the assistance of the public to help identify the man in the images who was allegedly involved in two separate aggravated robberies last month (May 4 and May 20).

Around 8.30pm on Friday, May 4, a taxi driver accepted a fare at the Canberra Airport. It is alleged that when the taxi reached Railway Street in Oaks Estate, the offender produced a knife, threatened the driver and demanded cash. The driver was ordered to a secluded area on Uriarra Road where the alleged offender then fled on foot into nearby grassland.

The second aggravated robbery occurred on May 20. It is alleged that around 10.50pm the same man got into a taxi on Rudd Street in the city and requested the driver take him to the Dickson Tradies. In Wise Street, Braddon, the alleged offender produced a knife, threatened the driver and demanded cash. The driver handed over a sum of cash before the offender got out of the taxi and walked towards Fawkner Street.

On each occasion the alleged offender was described as Caucasian in appearance, approximately 25-years-of-age, with a thin build. He was wearing a hooded jumper and pants.

Detective Superintendent Brett McCann said that on both occasions the taxi drivers did the right thing by putting their safety first.

“In both instances the drivers followed correct protocol by remaining calm, complying with the offender’s demands and then reporting the incident to police,” he said.

Police are urging anyone who can identify the man in the images to contact ACT Policing Operations on 131 444 or Crime Stoppers on 1800 333 000. Information can be provided anonymously.

10 Responses to Do you know this taxi thief?
Filter
Showing only Website comments

Sorry, I don’t know this taxi thief but I do know one who drove me home from the Labour Club the other night. After being assaulted by the stench of body odour and takeaway food spiced by tobacco breath I was greeted by the old “Can you direct me? ” A dirty smelly car, a driver who didn’t know where he was going, and of course breaking the speed limit all the way home, and then I was asked to pay – – I know who was robbed!

I was just pleased to read he was wearing pants. Should nab him in no time with that kind of detail

Don’t they all have sign that tell you exactly that?

Yeah, but you have to be able to read…

Don’t they all have sign that tell you exactly that?

The first image could pass for a younger Nicholas Cage stuntman, he may sign this guy up if he gets in touch.

The airport has pretty good CCTV. Wonder if it is being checked?

If I was the taxi driver I would hand over the cash too.

Like Derek Zoolander, this guy only seems to have one look.

Matthew Johnson - 6 minutes ago
Natasha Van Oudheusden i think we read into this article differently. The way i’m reading it, if the landlord breaks the re... View
Robyn Baer - 21 minutes ago
Hopefully the wording is written better than their previous amendments. View
M.J. Leonard - 24 minutes ago
I highly recommend being an ex-landlord. View
Community 13

Graham Cox - 16 minutes ago
How are we taking these people in when we barely have housing for our current population? Why are non Australians given prior... View
Debora Gyllien - 49 minutes ago
and yet some of us who have been living here for decades and searching for support have found none. View
Perry Alopex - 3 hours ago
Nice! I can only imagine that trying to settle in Canberra would be pretty rough. It's got one of the highest costs for livin... View
Property 7

Mike of Canberra - 4 hours ago
John, I live in a street that is predominantly public/social housing and, frankly, it has been a blight on my life for many,... View
John Ryan - 5 hours ago
How do I join the Ainslie Residents' Assocation? I'm an Ainslie homeowner and I'm devastated at this outcome. It doesn't repr... View
John Ryan - 5 hours ago
My house is in Ainslie and I agree completely with HSewell. Disappointed that the so-called "Ainslie Residents' Association"... View
Property 32

A pair of alpacas has been brought into the Belgian Embassy in Canberra after foxes killed the ambassador's beloved pet...
Opinion 28

@The_RiotACT @The_RiotACT
Barb Shannon, from #Bookham, near Yass, may have made hundreds of unique, embroidered heirloom #blankets during the past 50 years, but each one is #special to her and she hopes they will all be loved for life https://t.co/9rxXUtE0yH (30 minutes ago)