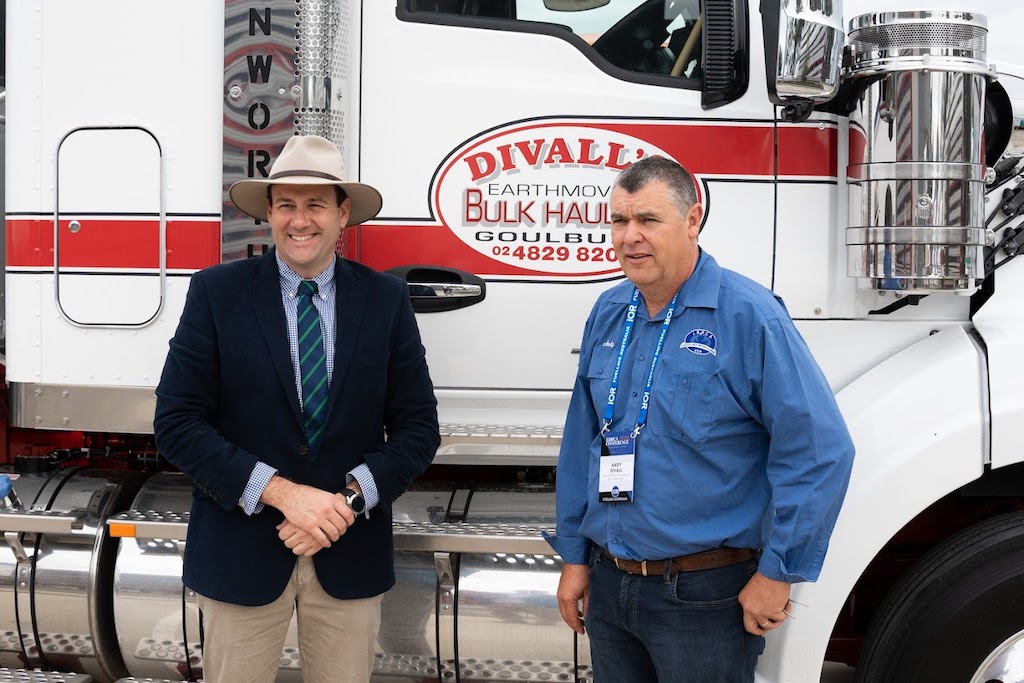 When Goulburn transport operator Andy Divall’s bill for diesel fuel doubled to $10 million he began thinking of all the sunlight energy around him – and electric trucks.

Mr Divall’s transport, bulk haulage, cement, sand and gravel businesses burn through 100,000 litres of diesel a week. When the price soared by $1.13 a litre over 12 months, Mr Divall and his team began crunching the numbers.

“We have to react fast to changing costs,” he said.

“We will probably need to do a bit of cost shredding. We are looking at trialling electric trucks. Probably a little way away from that, but we are trying to get the numbers to stack up and we are close to it.

“Long term, we want to build our own solar farm to charge battery trucks.

Mr Divall said he is also exploring Australian company Janus Electric, which modifies existing diesel trucks, as a potential answer to the lack of viable electric vehicles in the country.

“There is not a truck available to import at the moment that meets Australian Design Rules,” he said.

“Anyway, we are just deciding whether we put a toe in the water and try it out.”

Running 400 diesel plants and vehicles across all the Divall businesses is presenting multiple challenges, from hiring people to buying parts but the fuel price hike tops the list.

“Even though we are trying our hardest to pass it on wherever we can, we burn 100,000 litres a week, so we have had to put an extra $100,000 of cash flow in before trying to get it back off our customers,” Mr Divall said.

The Federal Government’s fuel excise cut provided little relief as fuel rebates for the business were cut, too. Yet demand for projects needing trucks and earth-moving plants has not slowed.

“There is too much work for the industry at the moment,” Mr Divall said.

“The (Australian) Government overdid the stimulus. There are not enough people to do the tasks, either.”

“We probably have 200 jobs on the books at the moment,” Mr Divall said. “The unprecedented rain has slowed our earthworks up as well.”

With a workforce of more than 300 people, Divall’s Earthmoving & Bulk Haulage is trying everything to get new staff, from inviting Year 9 students to join the industry after school completion to re-training ex-servicemen, ex-police and just about anyone else willing to learn.

“We love kids coming out of Maccas who learn processes and how to work,” Mr Divall said.

“We bought ourselves an excavator simulator, an attraction and a training tool. We have that in a trailer and take it around the schools and events. We think we are leaders in that space. The kids like it; it’s a drawcard.”

The Covid-19 lockdown did not stop the recruiting drive.

“We presented ‘A Taste of Earthmoving’ (event). Seventy people came to a day where they had the chance to sit on a machine and have a drive,” Mr Divall said.

“Out of that I think we employed 20 of those 70. We have a couple of chefs who turned to truck driving and a photocopier technician.”

Fuel and labour shortages may have slowed operations, but innovation continues in top gear.