At least one Australian official has lost his job over this according to the Canberra Times.

A senior Australian agricultural trade specialist, Dr Yeon Kim, has lost his security clearance and employment with the Australian Bureau of Agricultural and Resource Economics and Sciences.

The Australian Security Intelligence Organisation alleged Dr Kim was involved in the “foreign interference” by the South Korean intelligence operatives.

The revelation of economic espionage is embarrassing to Seoul and Canberra as Australia has strongly backed South Korea in its stand-off with North Korea. Last month Australian troops took part in joint military exercises with South Korea and the United States for the first time.

Although engaged in what ASIO described as “inappropriate activities” harmful to Australia’s interests, no South Korean spies have been expelled from Australia. Instead, in an effort to maintain good relations with the NIS, ASIO took legal action to prevent disclosure of the incident and protect the identities of the South Korean agents so they might continue their clandestine careers.

They let them go? Shouldn’t they be strapped to tables with lasers slowly moving towards them as we speak? Do I need to head over there are tell ASIO how this spy game is done?

Wait they probably wouldn’t actually tell us about the laster tables, they’d tell us everything is fine… 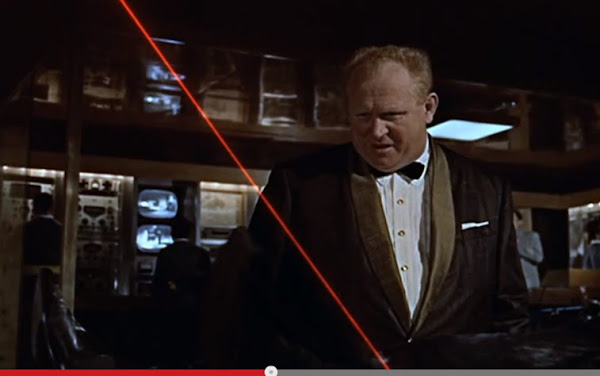 So these spies, they wore tuxedos and carried automatic pistols, right?

Not necessarily. In my fantasy, they’re wearing skin tight short blue cocktail dresses, with tiny guns strapped to garters. And I have some kind of trade-sensitive information they desperately want.

Isn’t someone going to skriek about the outrageous racial profiling inherent in this case?

ASIO took those lasers and stuck them on sharks.

But the sharks all died when released into Lake Burley Gherkin.

So these spies, they wore tuxedos and carried automatic pistols, right?

I like that the “spy game” has been upgraded to a kind of counting coup or “capture the flag” contest. Much more civilised.

They let them go? Shouldn’t they be strapped to tables with lasers slowly moving towards them as we speak?

They probably traded him for one of ours.

Hell we must have hundreds of spys in China. How else would we find out how much ore they want; don’t want ; possibly want, and have stockpiled; and all the rest.

On one side the person is a spy, on the other a trade official.
Korea should watch the top ABC show Landline; on Sundays at 12 noon to get some good info.

No Mr Barcham, I expect you to die.

Daniela Wilsener - 7 hours ago
Jake Wilsener Ash Garrity could be an option? View
Scott Abela - 9 hours ago
Robyne Mitchell Exactly, complaints from fire and ambulance drivers that these narrow roads are putting lives at risk.. View
Helen Prior - 20 hours ago
About the roads.Enough traffic. already. View
Community 1

JC - 11 hours ago
There not demolishing more than they build/buy. Biggest issue is they are not building/buying enough to keep up with demand.... View
consumeradvocatecanberra - 14 hours ago
Good on you Mark for stating the bleedingly obvious. What I would like to see is evidence based figures from Housing, prefera... View
Trish Casey - 14 hours ago
Elderly people and those with disabilities are put in ACT Government house and then for gotten or bullied by maintenance View
News 2