Sponsorship dollars roll in for Summernats 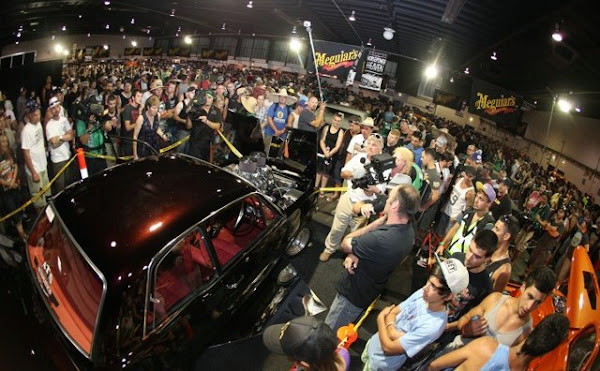 MotorActive, the Australian distributor for leading automotive car care brands Meguiar’s and Liqui-Moly, has today announced a six year sponsorship renewal at the Street Machine Summernats 26, after 20 years of involvement with the iconic Australian car festival.

The sponsorship agreement covers both Meguiar’s, who currently sponsor the Meguiar’s Judging Pavilion and the Meguiar’s Great Uncover, and Liqui-Moly, who are the naming rights sponsor for the Liqui-Moly National Burnout Masters, one of the largest organised burnout competitions in the world.

“We’re thrilled to have such an innovative, progressive automotive brand like MotorActive as a major sponsor at the Summernats,” said event co-owner Andy Lopez.

“MotorActive, through their brands Meguiar’s and Liqui-Moly, have helped define how the Summernats has grown over the past 20 years, and their commitment to both the event and the wider Street Machine community is a shining example to other automotive companies.”

Can you get it at Fyshwick?

Can you get it at Fyshwick?

Then you haven’t been looking too hard

Meguiars Car Care Products is one of the oldest names in car care. Meguiars has been making car care products since 1901 and today Meguiars is among the biggest car care companies in the world with recognizable products like Gold Class Car Wax, Meguiars professional, Meguiars Detailer Professional’s Choice, ScratchX, and Show Car Glaze.

From the liqui-moly CEO:
This year we increased our turnover from €342 million to over €400 million

Little bit more than BP braddon though hey. But of course if YOU haven’t heard of it…

Interesting. Liqui-Moly have thrown some cash to the Bathurst 12 Hour race in exchange for naming rights. I’m guessing we’ll all know a bit more about MotorActive pretty soon.

Meguiars are huge in the auto polish game.

You have never hear of Meguiar’s ?

Vera Bachinger - 18 hours ago
So we are going to be the victims of more double dipping.. View
Slobodan Paunovic - 19 hours ago
Marc Edwards don't worry about it, can only be more expensive and some sort of public robbery...they need funds for parties a... View
Tom Adam - 22 hours ago
Jorge, yes I was basing my comments on the current claim. View
Opinion 19

@The_RiotACT @The_RiotACT
The winners have been announced in @iconwater's spring photo competition, with Matt Tomkins taking the top gong for a stunning image of Mulligans Flat https://t.co/r3FL12CLEu (10 hours ago)