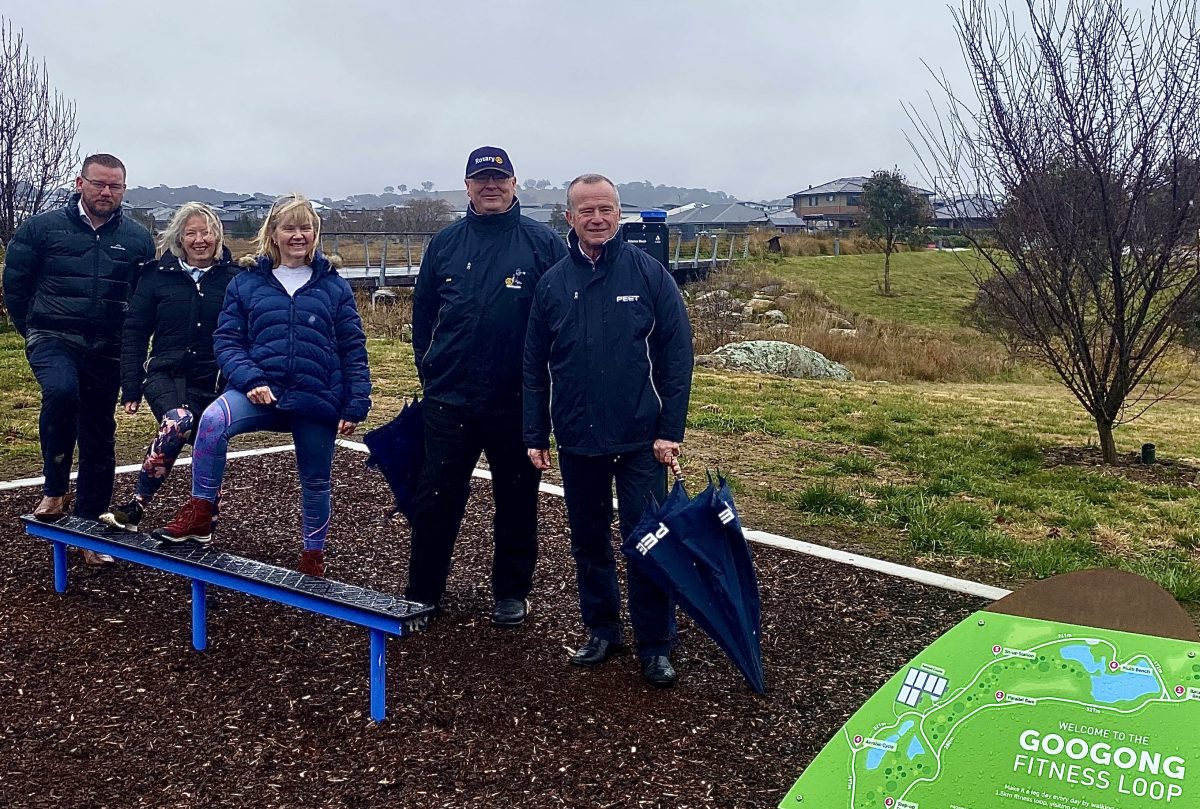 A fitness loop, skatepark and sporting fields are some of the latest additions to Googong’s new recreation precinct.

The 1.5-kilometre loop – put forward by the Rotary Club of Jerrabomberra and Googong, and jointly funded by the Googong township – features six new exercise equipment sites.

Located at the end of Goiser Loop, the track was proposed by the local community and officially unveiled on 3 August.

Rotary Club of Jerrabomberra and Googong president John Askew said the club’s aim was to fund projects that responded to the community’s needs, including outdoor recreation areas and health and fitness spaces.

“In order to understand what the community wanted, we’ve had our discussions with various families in the community,” Mr Askew said. “We ran a coffee day here and you may have gotten our brochures in your letterbox as well.

“Through that, we’ve been able to raise the funds required to develop this area.

“It was a great community effort coming together. This is not our first and will not be our last project in the Googong area. We’re [the club] actively seeking to work with the local community and council to develop and establish more community projects in coming years.”

Googong’s extensive sports precinct is already home to a 320-metre pump track and six netball courts. It caters for Googong’s population of 6000, which is expected to grow to 18,000 by the time the entire project is complete. 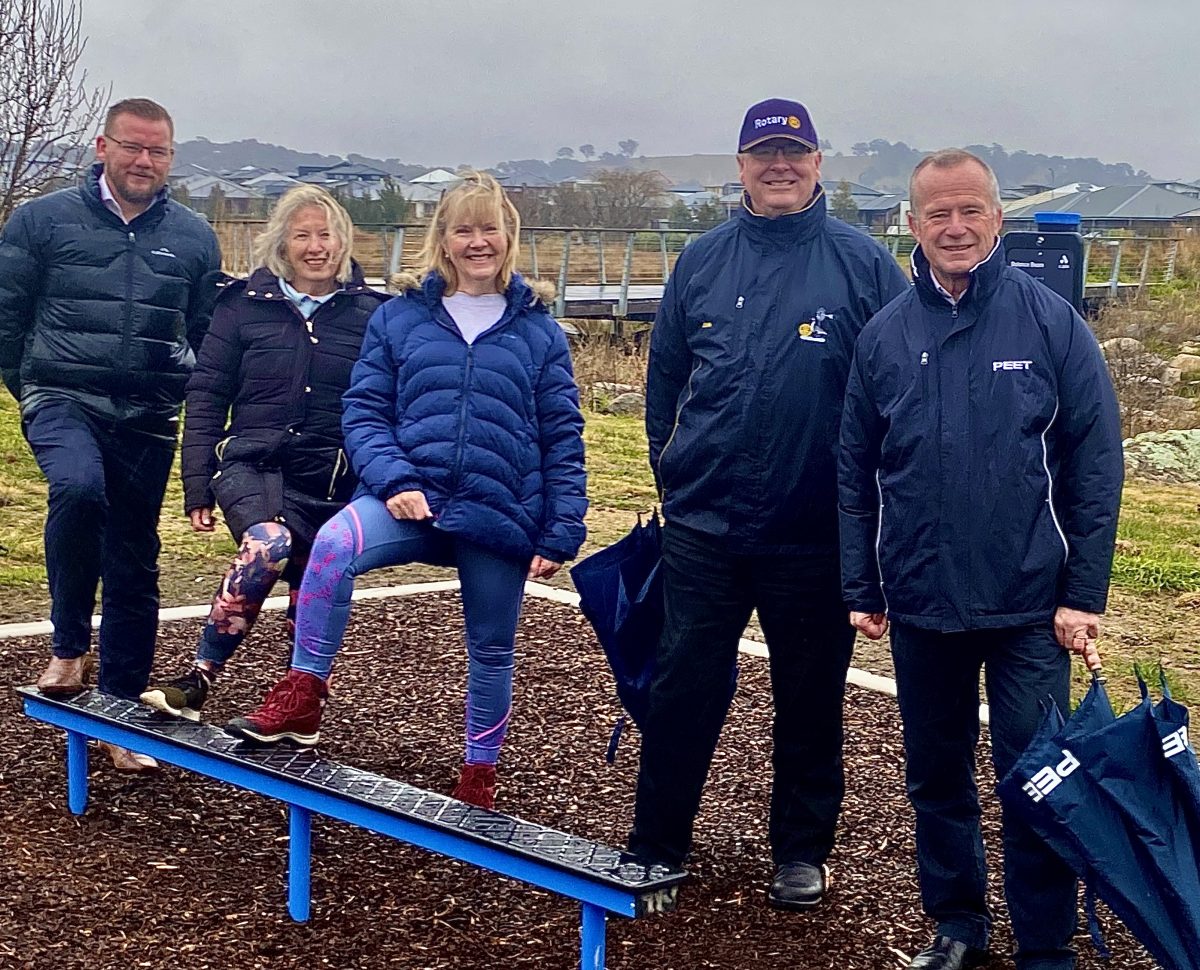 “It’s awesome to see equipment that encourages people to get outside and be active,” he said.

“Projects like this really foster a sense of community and council is glad to have helped bring this idea into reality.”

Project director Malcolm Leslie said sport was a big part of the community, and the new fitness track would be perfect for children and families who wanted to exercise in a non-competitive way.

“Googonians are renowned for their community spirit, so this sports precinct creates an opportunity for the community to come together,” Mr Leslie said.

“We’ve already got two wonderful sports fields, a netball centre with six courts and a BMX pump track as part of the precinct.

“We also have two more sports fields opening next year during the winter season, and three more after that.”

He said the skatepark was set to open in October, and plans for an indoor pool and tennis centre with eight courts had also been put in place.

Col Skelly, I bet you would have been behind this project?

100%, My record is pretty clear that i’m all about the exercise stuff.