St John’s Orphanage in Goulburn to be demolished 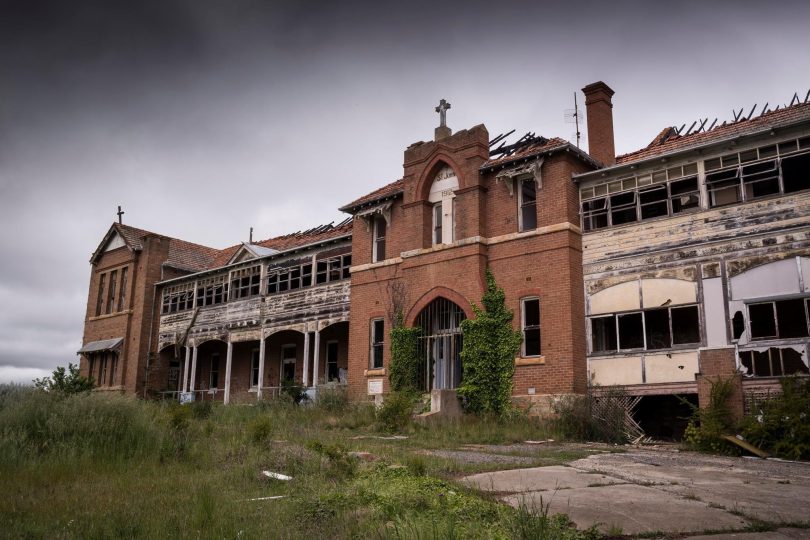 The owner of the historic St John’s Orphanage at 52 Mundy Street in Goulburn has been ordered to demolish the main building and three outbuildings that have been severely damaged by fires since 2016.

John Ferrara has 90 days to demolish the three outbuildings.

Goulburn Mulwaree Council will discuss the timeframe for demolition of the main building, and preservation of some of the property’s artefacts and historical elements with Mr Ferrara.

Council agreed the front area of the block, including the masonry boundary wall, driveway, forecourt and remnant trees and shrubs should be retained and restored to conserve the original building setting.

Mr Ferrara will also need to salvage significant features such as the crucifix and foundation plaque.

Meanwhile, the main building will be professionally recorded with drawings and photographs for an archival record.

Mr Ferrara, who also owns Goulburn Airport, had been attempting to build units inside the main building that was home to more than 2500 children between 1912 and 1978.

He received council approval in 2004 to build 75 retirement units onsite, but work never began and now he has plans to increase that number to 150.

Mr Ferrara said he would comply with the demolition order and build a new block of units on the land. 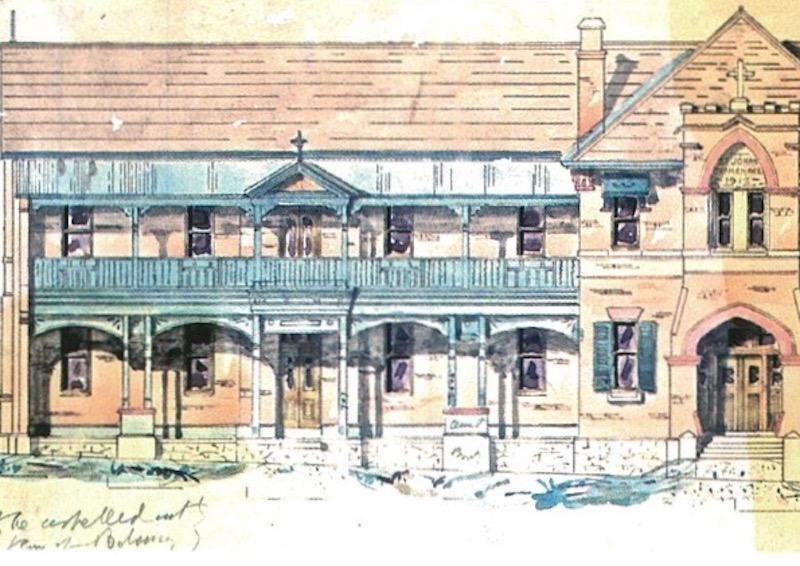 Mr Ferrara said he has a meeting with council next month to discuss his latest development plan.

During the years, vandals and squatters have accessed the property and caused damage to the buildings and lit numerous fires.

The most extensive damage was caused by a series of fires in 2016, but blazes have been an ongoing issue and the most recent one was in June 2021.

Mr Ferrara said he has been saddened by the fires.

“These vandals have cost me a lot of money,” he said. 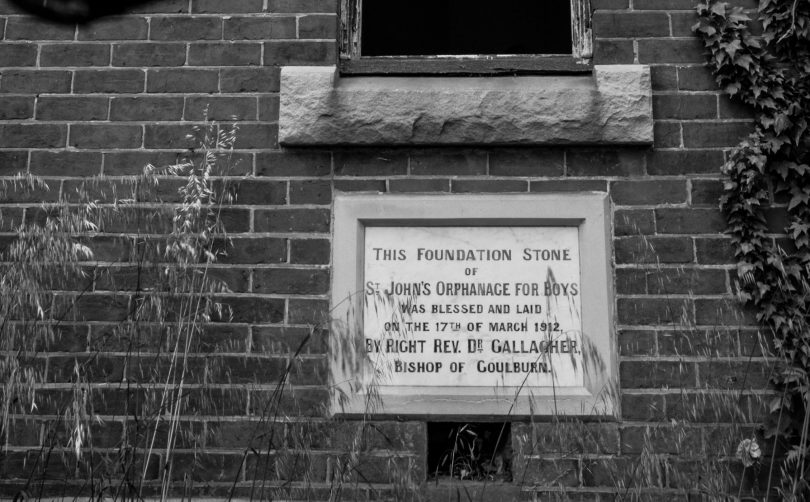 The St John’s Orphanage foundation stone and other artefacts will be saved from demolition. Photo: Robyn MacRae.

Some of the buildings also contain asbestos and have begun to collapse, posing a health and safety issue to the public and neighbouring properties.

A fence was erected around the property to keep trespassers out, but without anyone living on the site, it’s been easy for people to sneak through in the cover of darkness.

While the orphanage is recognised by council as a building of local heritage and social significance, it isn’t heritage listed.

Former orphanage residents have been upset by the deterioration of the buildings and many of them will be happy to see them go.

“About 90 per cent of us want to see it demolished,” former resident Phil Merrigan previously told Region Media. “It held memories and had a soul at one time, but those were lost in the fires.

“We tried hard to stop the building from falling into a state of disrepair, even trying to clean it up about 15 years ago and acting as a mediator between council and owner at one stage, but we’re over it now.”

Rechelle Gray you going for one last look ?? Lol ..... Last chance to go delete those pics there before ur haunted for ever 😯 LoL

Jess Robertson is this that haunted place we went to 😵‍💫🤣

Georgia Burleigh lucky we got lost in it before it’s gone forever, funny day that 😂😂

Michele Robertson i can still hear the ghosts 🥴🤣

This joint looks haunted as

Chris Ayre this should make any kid stay in their bed

Samantha Stanlez I remember the photos you took here. You were such a great photographer.

Sandra Waters-Mulville i still have those photos :)

Samantha Stanlez I have them saved as well.

This place represents the utter sadness,despair and abuse at the hands of evil satanic overloards pretending to be good and peaceful under gods name.This place should be incinerated and a memorial to the victims placed as a reminder to those that have lost their lives in the proceedings years afterwards and the survivors.

Probably a good thing as I heard bad things about that place in it’s day. Beautiful building tho sad to see go

Nora Jane exactly what I was thinking!

Tayla Radford oddly sad about this

Joyce Zhang we should have snuck in when we could

Like the church doesn’t have enough $$ to restore it?

What an amazing building. Why can't it be saved and rnovated?

This is terrible. Why isn’t it heritage listed?

Michelle Kelly ....cause there is nothing special about it. Pull it down and make better use of the land.

Is there any others commenting here that were in the orphanage as a child ? I’d love to hear from u , I was one of them 😊