Steel hopes US visit can iron out transport challenges 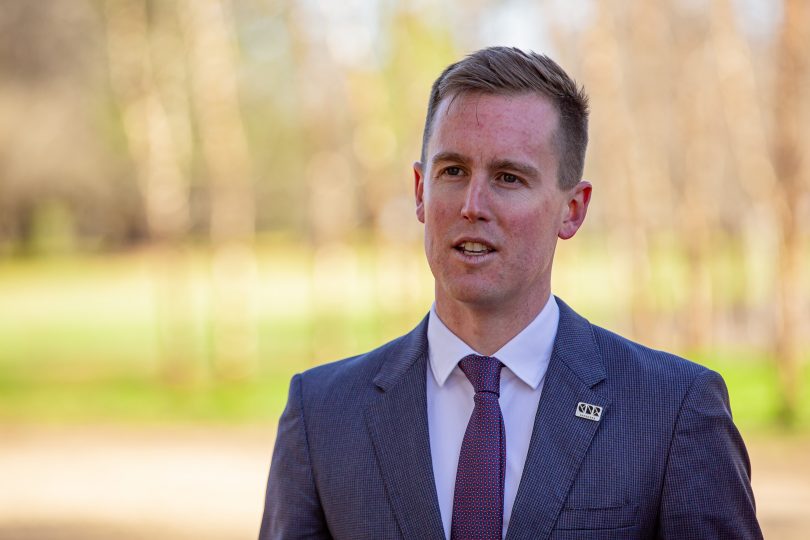 Transport and City Services Minister Chris Steel: lessons to be learned in the US. Photo: George Tsotsos.

Light rail networks, hydrogen fuel cell buses and recycling programs are on the itinerary of new Transport and City Services Minister Chris Steel, who heads to the United States today (17 July) for a 10-day study tour.

As the ACT Government embarks on a $3 billion infrastructure plan, including the next stage of light rail linking the City to Woden, the Minister will take a look at how world leading cities in America are investing in major infrastructure projects, delivering emissions free public transport, diverting waste from landfill and caring for their urban forests.

The delegation will visit:

The visit will provide insights to support work already under way to achieve legislated emissions reduction targets, major investment in public transport infrastructure, including the procurement of a new bus fleet, and in delivering an urban forest strategy.

“Since I came into the role of Transport Minister, experts have been telling me that I need to get out and better understand how other cities of comparable size are operating, particularly cities that are slightly ahead of us in population and rolling out light rail to see what we can do better here in the ACT, and also get a better understanding of where they went wrong and what things we need to think about as we embark on the very complex next stage of light rail city to Woden,” Mr Steel said.

He said the delegation would be talking to transport authorities about network planning, the transition to zero-emission vehicles, the employment of large fleets of hydrogen buses and how they managed to procure and operate them, as the ACT moves to update its bus fleet.

“Places like Seattle are going through a massive expansion of light rail, we want to learn from them before we make some important decisions about expanding Canberra’s light rail network,” Mr Steel said.

He said procurement was under way for 40 buses that would start replacing the ageing fleet of 72 orange Renault buses that were in some cases up to 28 years old. The 2019 Budget funded 84 buses over four years.

The current tender stated a preference for zero-emission vehicles, either electric or hydrogen-fuelled, but also low-emission diesel if those fell through.

Transport Canberra has been trialling hybrid and electric buses but while drivers enjoy driving them there have been issues to do with availability, which is why Mr Steel will visit Oakland to see what potential there was for hydrogen.

But there were regulatory challenges for the ACT in acquiring emissions friendly buses from overseas, which were built to a different standard than required in Australia, where the market was not as mature, Mr Steel said.

He said that with the ACT achieving 100 per cent electricity from renewable sources next year, the Territory needed to ensure it was reducing the emissions from transport, which will become the biggest offending sector.

The need to fit out the planned new Woden Bus Depot to service zero-emissions vehicles had also meant a delay to its construction.

“We want to make sure that we get the Woden depot right, a depot that can serve our transport network into the future, including through our transition to zero-emission buses,” Mr Steel said.

In the meantime, buses would be using layovers near the former Woden police station.

The Minister’s delegation will cost about $29,000, which will be met from the ACT Executive 2018-19 budget. The final cost will be released as part of the Government’s regular travel reports.

There is a similarity between Mr Steele’s trip with those undertaken previously by Simon Corbell and Mick Gentleman. It has to be questioned what the government can learn from this trip that it did not already know. It would not surprise if the press releases for each of the cities visited were already drafted.

I would have more confidence in the merits of an overseas trip, probably costing the taxpayer over $100,000, if the delegation were to visit best practice bus rapid transport, including progress on high capacity electric buses (the trackless tram), in Zhuzshou China. Some discussion with Professor Peter Newman from Curtin University would also be of benefit before the government proceeds with the un-analysed and hugely expensive extension of light rail to Woden.

The sleeper is “diverting waste from landfill”. Hopefully, the new incinerator will be sited in Gunghalin where most of Canberra’s waste is generated.

Simply buying new buses to replace the oldest in the fleet is not enough. According to http://www.actbus.net, ACTION has the same fleet size as it had in 1989 despite a 50% increase in population since that date. Now we don’t even have enough buses to operate school services for our children. With the running costs per boarding of Light Rail being double that of buses we are heading down a slippery path.

So, you wan’t to jet out to the States to find out about zero emissions? or are you going to row a boat over there?

How about talking to the local residents about their services being cut and their rates going through the roof repeatedly?

I’m sick of other Government Ministers and Public Transport advocates using cities like Freiburg and Bergen as design models for our new Transport network.

Canberra has a very different demographic and Spatial layout to the cities often used to design transport policies, so we need to better understand how to service outer suburb commuters, not just dump them. 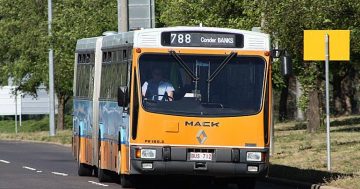 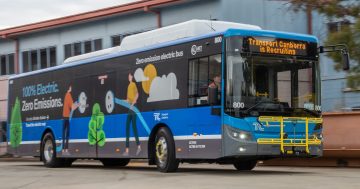 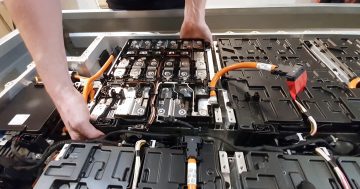