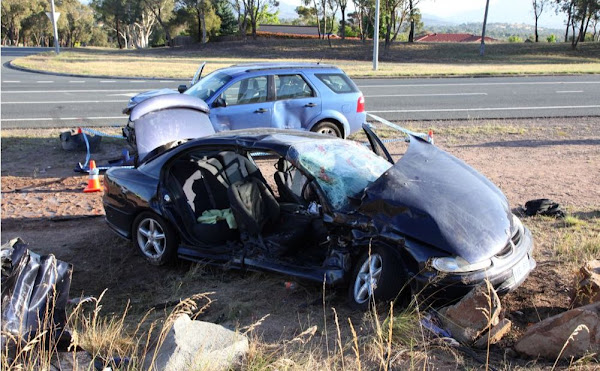 This exciting email just in:

Not quite flame of the week. A bit on the short side.

The Winters had completely escaped my mind but after a bit of searching I imagine it’s related to allegedly ramming a stolen car into a passing motorist and leaving that motorist to die in the burning wreckage.

Which I think we can all agree is a class act only matched by that email.

Oh this will be fun!

What language is that? Anyone willing to translate it in to English?

How about a revolutionary sentencing structure that includes locking troggs like this up until they can compose a coherent sentence? Should keep them out of the way for decades…

Gosh, I actually felt myself getting dumber whilst reading that email.

Even with a lot of thought & effort, I don’t think I could write that poorly.

Dylan has enough brain cells to read the original story and to type an email but can’t spell “keep” “all” or “now”. I’d say those are some of the easier words most 4 year old can wrap their heads around.

I prefer compulsory sterilisation, it takes the element of chance out of the equation,

A pretty crap one too.

I can vouch it’s as sent to me.

Who would take the interest in these guys otherwise is beyond me.

I also love how it took Einstein Winters here 6 months to make the connection between the original post and writing his delightful response. The synapses fire mighty slow in his neck of the woods…

We got a live one here

As long as they had to do it while in jail. Although I’m not sure it would be fair on some like ‘bruther dylan’ here. It would probably take a considerable amount of time for him to write something like a dissertation, most likely longer than any actual sentence. Amusing though.

Don’t worry Dylan, there is always a place for you and your ilk in society. Scrubbing toilets and shining my shoes. That is if you survive long enough and don’t take the Mully Express before you’re 25.

Out of curiosity is there anything that has changed recently? I’m not sure if its just me but it seems that there’s an increase of late of badly spelt emails such as the perfect example above from some relative who has googled the name of someone who has been in the news for being a d***head then gets mad over what they see here.

As good a time as any to ask:

How is the victim?

Well Josh/Dylan? Do you know?

Too big a word and they wouldnt know what it meant and they would think that it may be a wanking term, remember that they are the lowest common denominator. Less than zero. A number so low that it can only be comprehended by the mathematically gifted and the insanely stupid (and I work with mathletes and economic savants).

What language is that? Anyone willing to translate it in to English?

It is called Bo-Gan, a simple dialect which has no relation to Bo (A recently deceased language that was spoken in India’s Andaman Islands). It is similar to the Polish phonetic structure of spelling but that is where the similarity ends. Popular phrases include: “Howtherfukareya”, “Farkoffyamoll”, “Eyellfarkingoyakhunt”, “Whersmefarkinlongbeetchpakyakhunt” and the everpresent: “DOCScangoangetfukedcusdeyaremostlymykids””

“well kell oll you muts” is roughly translated as “I will dispose of your mixed breed hound for you good sir and good-day”.

This is where our taxes go, all the law enforcement and emergency services and legal shennanigans needed to deal with people like this.

Look at that email, I can’t understand it but the gist is, how dare anyone find fault with our behaviour or hold us to account? This person feels they have a right ot behave like this. There’s nothing you can do with people like this. Sometimes I wonder if the southern US states have the right idea… chain gangs and the like.

Dylan Winters was easily the toughest kid in year 5. Probably because he was 17 at the time.

Jesus, some men and women really do waste their semen and eggs.

Another ‘graduate’ of Caroline Chisholm????

I take it from all of this that the Winters don’t give a Gonski.

Nick Swain - 3 hours ago
Even in the hardest lock down time Green Square was the place to hang out - there was a strong sense of community. Many of us... View
Property 6

Pauline Clynch - 3 hours ago
Oh wow, more apartments...fabulous 🙄🙄🙄 View
Tim Cole - 4 hours ago
How original View
Margaret Freemantle - 7 hours ago
Can we please have some imagination in our architecture? View
Property 10

bj_ACT - 7 hours ago
ACT Government should be mandating apartment buildings with 3 bedrooms or large two bedroom units with multiple living areas.... View
Martin McMaster - 8 hours ago
Gerry Gageldonk you're right I just googled concrete box and there are many affordable options. View
Capital Retro - 12 hours ago
The ACT government and its controlled land and housing policies has alienated the young people who can't afford their first h... View
Opinion 7

jybrik - 10 hours ago
What a thoughtless, demeaning comment. "So, get over it" is a sentiment that we as a society should be fighting against, as i... View
Community 25

Bernard - 13 hours ago
Problem ACT Government have with promotions and perceptions (possibly the realities) of conflicts of interest are nothing new... View
News 12

Capital Retro - 13 hours ago
Given we were told last year's hot, summer weather was the new norm, does this mean this year's coolest summer in 10 years sh... View
Kay Makin - 14 hours ago
Amanda McLean this looks like one of your beautiful water paintings. View
Motoring 2

keek - 13 hours ago
Yeah, you basically have to ride like everybody else on the road is trying to kill you. People trying to change lanes on top... View
Lifestyle 29

Jackie White - 14 hours ago
There's always one or two hanging around my place each year, but without fail, they wander into the neighbour's yard and her... View
Food & Wine 10

Capital Retro - 1 day ago
So, it will be called the "Opal of Colour"? Ridiculous.... View
show more show less
*Results are based on activity within last 7 days

@The_RiotACT @The_RiotACT
What do you think of Allycorn? The giant pink unicorn will grace Canberra's skies as part of the Canberra Balloon Spectacular! Here's where you can catch this fantastic creation, and say hello to Skywhale and Skywhalepapa https://t.co/6Nw9532xSJ (2 hours ago)

@The_RiotACT @The_RiotACT
With a long weekend coming up in the ACT, there’s lots to see and do in Canberra as Enlighten gets into full swing https://t.co/FoK8puPWeE (3 hours ago)

@The_RiotACT @The_RiotACT
The ACT Coroner found difficulties with staffing, and insufficient staff education were two of many factors that contributed to four deaths at Canberra Hospital in 2015 and 2016 https://t.co/e9DTYUNM6v (5 hours ago)