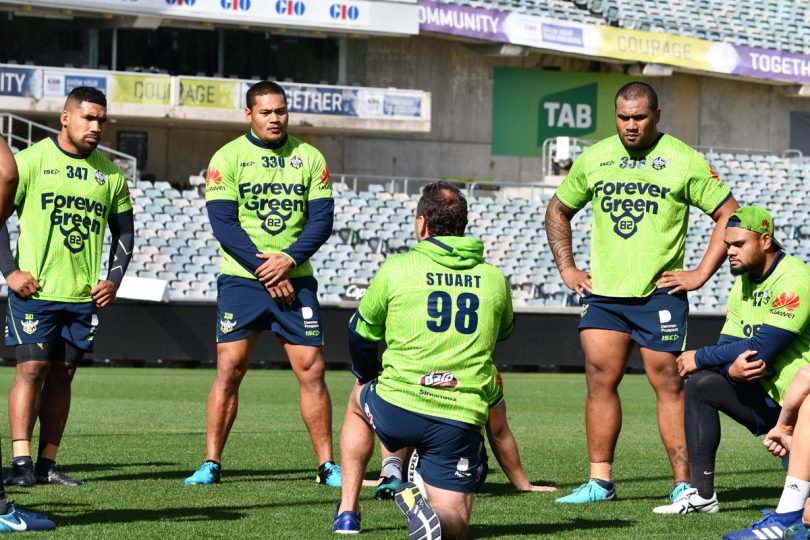 Ricky Stuart wants to have players to stay in the nation’s capital for the right reasons, and not just for the money. Photos: Supplied by Canberra Raiders.

Canberra Raiders coach Ricky Stuart said that two of his stars have been offered “astronomical” money from rival clubs and his side cannot match their offer.

Speaking after the Raiders’ 32-18 win over the Gold Coast Titans, Stuart said that Junior Paulo and Shannon Boyd had been offered huge deals from other clubs which the club can’t compete with.

But Stuart said that he wants his players to stay in the nation’s capital, not for the money but because they want to be a Raider.

“They are off-contract and I want to keep every one of them, but I can’t pay the huge money that has been offered to these boys,” Stuart told media on Saturday.

“If Junior and Boyd are getting this astronomical money from other clubs, they go with my best wishes. It’s going to affect us as a football team and it is going to affect our club. I have got to have a squad of players that want to be a Raider as well.

“I want to keep stability while I’m coaching here because I know stability will get you success at some stage. But the money that is being thrown around is astronomical for those two boys and we can’t match it, simple as that.

“The one thing I want to do here as a club now is I want players to be here for all the right reasons, not just for getting the most money. That’s got nothing to do with Junior or Shannon, but the money they are being offered is huge.” 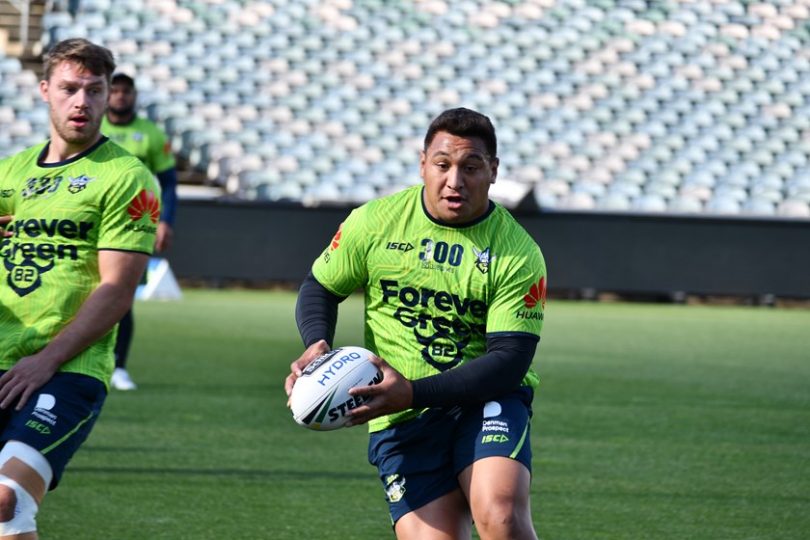 Stuart is also eager to re-sign Queensland State of Origin player Josh Papalii and said the Green Machine had offered him a “very good deal”.

“Papa’s off-contract, and we’ve offered Papa a very, very good deal. Fingers crossed, I hope that we get an answer on Josh very soon, and a number of the other boys,” Stuart said.

“As I say, I want to keep them all, but we can’t go paying that type of money because I won’t have a football team.”

Jody Berg - 17 minutes ago
Jo Martyn , you should paint some! View
Mandii Bennett - 19 minutes ago
Betty Meiksa thanks for bringing joy View
Alice Caroline - 2 hours ago
I saw one in a tree along the Queanbeyan river walk💕 so cute! Such a gorgeous idea. View
News 18

Margaret Edwards - 35 minutes ago
That’s where I fell in love with aqua aerobics many years ago. View
Tracey Crump - 43 minutes ago
Lizzie Parlane I think the pools will remain open (post lockdown) but the fitness programmes, including aquarobics will cease... View
Lizzie Parlane - 4 hours ago
Incredibly disappointed. I have used both pools for 18 years now - through pregnancy, to teach my son to swim, to keep fit. T... View
News 12

JC - 47 minutes ago
Cool story. Except that isn’t what has happened. No where near that much has BEEN spent on lightrail nor has what has been... View
nadine - 2 hours ago
Exactly, when our population was around 250k we had 3 hospitals. Our population as almost doubled but we only have 2 public h... View
whatwik - 2 hours ago
Any informed updates on schools in the ACT and Victoria planning to commence staged returns on 5 October, but NSW not until 2... View
News 23

@The_RiotACT @The_RiotACT
The ACT COVID-19 hotline answers 200,000 calls a week - they could use a break. Why not have one yourself and check out this week's top stories. Subscribed to our newsletter for the week's top news and features delivered straight to you. https://t.co/oHpyv5E6Nk (15 minutes ago)