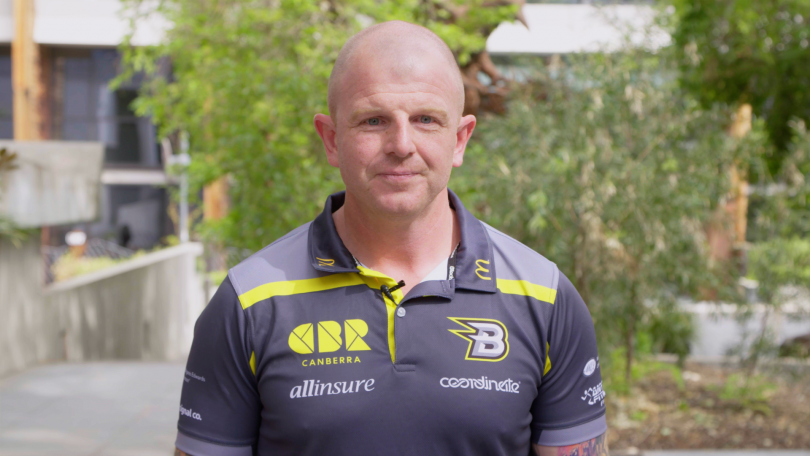 Stuart Philps is the new coach for the CBR Brave. Photo: Supplied.

The CBR Brave will enter the 2020 Australian Ice Hockey League (AIHL) season with a new head coach after it was announced that Australia’s women’s ice hockey coach Stuart Philps will take over from Robert Starke.

Philps has an extensive ice hockey background. He used to represent the old Canberra Knights franchise in a 15-year career where he was a player/coach, and he also served as the Brave’s assistant coach for two years between 2014 and 2016. That was before he took up a strength and conditioning position at the club soon after for almost a year.

On an international scale, Philps was assistant coach of the Australian women’s ice hockey team where he helped them win the gold medal at the 2016 IIHF Women’s World Championships. He has been the coach since January 2018.

He has also been managing the Australian men’s inline hockey outfit since 2012 and has captured two silver medals at the World Inline Hockey Championships (2014 and 2015).

The 41-year-old is currently across the other side of the world in Iceland coaching the women’s side who are competing at the 2020 ice hockey world championships.

He will come into the coaching role aiming to continue the success that was achieved by Starke during his three-year tenure for the Canberran team.

Starke had an astonishing 79 per cent win rate during the regular season at the Brave, leading the Canberrans to the H Newman Reid Trophy (league premiers) and being named ACT team of the year in 2018, before collecting their first-ever Goodall Cup (league champions) in 2019.

Coach Philps is very much looking forward to getting back to coaching on a consistent basis, and his second home at the Philip Swimming & Ice Skating Centre.

“For me, it’s exciting to be back coaching on a weekly basis,” Philps said. “It’s going to be a lot of fun getting into the grind of practices every week, games every week and making sure players are performing at their highest.

“I have been at that rink my whole life. I started playing when I was about 16 years old, so I know that rink really well and the Canberra ice hockey community as well.”

Taking charge of a team that has achieved great accolades over the last couple of seasons is something Philps recognises and the Brave coach mentioned there is added weight placed on his shoulders to succeed.

“Rob has worked with the club to create the environment of success from where the club was and what they have achieved is a true credit to Rob and what sort of person he is. To take the team over from him and hopefully continue to move the team in its current trajectory and progress it past what has already been created adds pressure for me.”

Philps has coached 10 national teams during his time as a coach on the international scene and he believes his style of coaching is different from most ice hockey coaches.

“I see myself as a player’s coach. I believe coaching is 80 per cent people management and 20 per cent coaching. Players need to know you have their best interests in mind,” Philps said.

“Players need to know you care and players crave feedback. A coach needs to be completely honest regardless of the player’s response to that feedback. A team will achieve bigger goals when they are in an environment that is designed for them to feel safe and be their true authentic self.”

With the announcement of changes to the ownership structure, the new addition to the coach’s seat shows that the franchise is beginning a new era.

“Now that there’s new ownership and a new coach, we need to work together to find a style that suits both of us that will bring success to the Brave for the future,” Philps said.

The CBR Brave will kick off the 2020 AIHL Season at the Brave Cave with a home opener against the Sydney Ice Dogs on Saturday, 18 April. Learn more at CBR Brave.