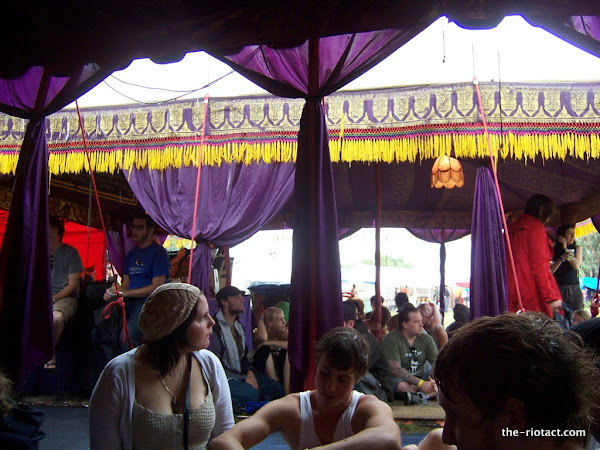 Kaf has sent in the following words and images from Saturday at the Summer Rhythm festival:

With an impending storm on Saturday morning, this festival really separated the wheat from the chaff. The usual “wait to see what happens with the weather” Canberra crowd really missed a great day.

Set in the beautiful surrounds of Goollabri Resort, this was a grass roots event with the lovely vibe that the big commercial festival lack.

As the wind picked up the foresight of Dan Luton meant that all stages and stalls were erected in a way that protected from the wind and later in the day from the pissing rain! 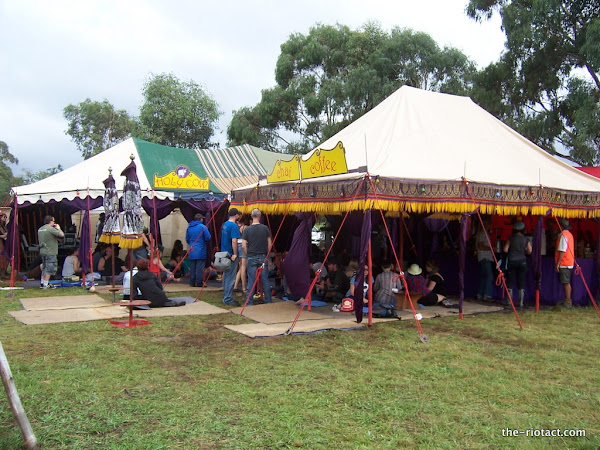 Those back in the Big C would have sighed a relief at their decision to stay at home on the comfy couch whilst the storm picked up momentum, but alas they were not only soft but missed out big time as the show did go on.

My day started with Ben n Ben, accompanied by Rafe on guitar and Dan Luton on drums. They got me boogying and as the rain kicked in a tent covering was erected for the dry inclined and many people took the opportunity to dance in the rain and really cut loose. 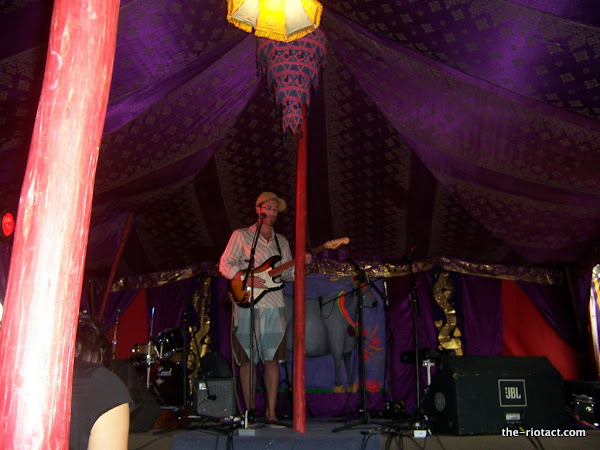 The Bedouin style chai tent with very cute sacred cow backdrop added to the atmosphere of Drew Walker’s melodic singing. His lyrics transported me into a somewhat altered universe. Hooray for escapism. 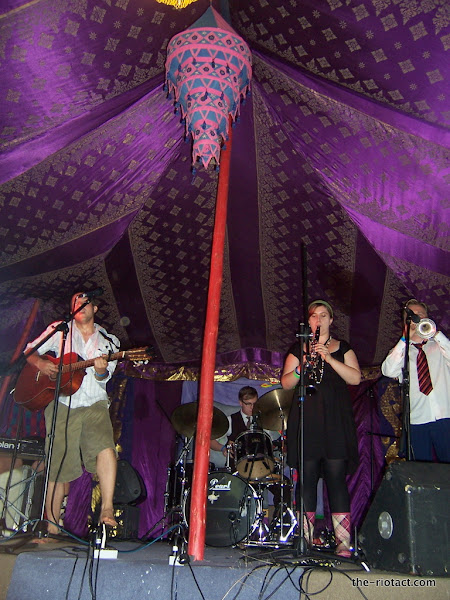 [Rafe Morris and the Well Dressed]

Next up was Rafe and the Well Dressed doing their first festival gig EVA! Despite Rafe’s “sore finger” (poor pet) and the lack of mercy from the crowd he played on with gusto and gave us all the tunes we love to hear. Songs about stalkers and morning tram rides sound so warm and enchanting when sung by this lovable artist! 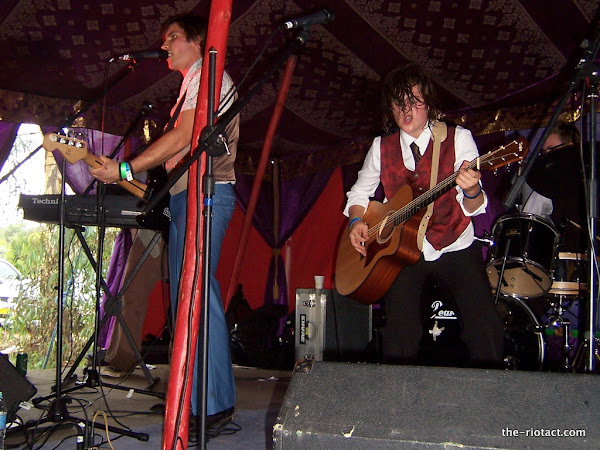 Whatever rock I crawled out from under I must say that the Big Score was a big find. Playing against the back drop of howling winds and sheets of rain these guys kept us focussed on their rocking tunes and dynamic stage presence. Bless those energetic little20 somethings.

Los Chavos was next on my dance card and this Latino number was your typical, shoes off dance around festival band. The crowd were really getting into the vibe and wild abandonment could be seen amongst the crowd including some quite public displays of affection.

By all accounts the later acts kept the crowd in the festival spirit. I thourally enjoyed this time out from suburbia and a the chance to enjoy the talent that Canberra has to offer. 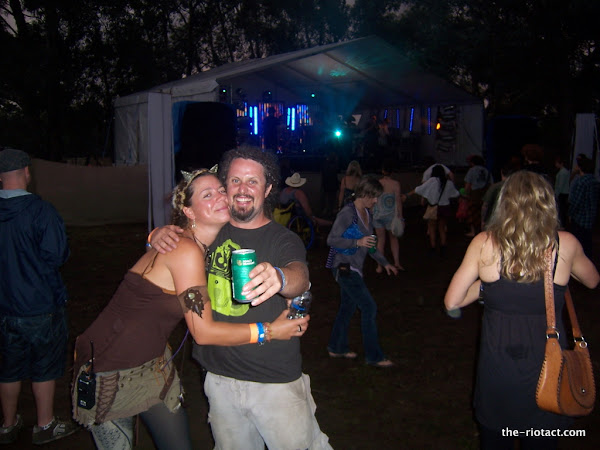 And here’s some video also taken by kaf:

Does anyone know if Rafe Morris has brought out any new CD’s since 2006 (“It’s not as shit as it looks” CD launch)?

Rafe (along with The Well Dressed) has a newish CD out called ‘Live on Air’. I can vouch for its quality!

And wish I could have made it to Summer Rhythm…hopefully next time.

Does anyone know if Rafe Morris has brought out any new CD’s since 2006 (“It’s not as shit as it looks” CD launch)?

This review nicely covers the first third of the festival, more installments to come? My highlight was Space Invadaz on the Saturday night, I hadn’t heard anything of theirs and was blown out of the water by tasty soul and song-long grooves that you can’t fake to make.

There weren’t very many people there at all but that would have detracted from the big bands more than the punters, everyone I saw was smiling all weekend, it was like a boutique joy of sit-dance-Ethiopian food-chai, and I’m sold for next year.

That’s all Kaf’s got for us, but if you want to send in more we’d love it!

This review nicely covers the first third of the festival, more installments to come? My highlight was Space Invadaz on the Saturday night, I hadn’t heard anything of theirs and was blown out of the water by tasty soul and song-long grooves that you can’t fake to make.

There weren’t very many people there at all but that would have detracted from the big bands more than the punters, everyone I saw was smiling all weekend, it was like a boutique joy of sit-dance-Ethiopian food-chai, and I’m sold for next year.

Phil Hopkins - 9 hours ago
And Tim is absolutely correct View
Melanie Lindner - 9 hours ago
Instead of bidding on more sports, how about investing in our arts sector? Support so many of our citizens who did it extra t... View
assiduous - 12 hours ago
No. Higher priorities like affordable housing need to be addressed before such as this. View
News 17

Acton - 12 hours ago
Maybe you are right, but I was under the impression that shareholders bought shares in the hope that their price would go up.... View
News 3