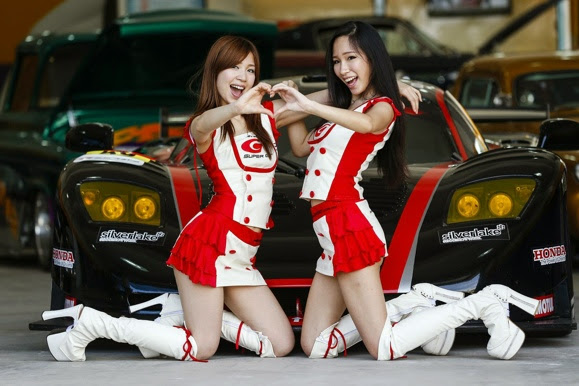 Summernats have the intriguing news that they’re taking the show to Malaysia:

Today in Kuala Lumpur Andy Lopez, co-owner of the Summernats, signed a joint venture with leading Malaysian motorsport promoter JPM Motorsports to stage a Summernats Exhibition Event at the 2013 Malaysian GT at Sepang on 15/16 June, the first step towards a stand-alone Summernats festival in Malaysia.

JPM Motorsports are the promoters of the Malaysian leg of the popular Japanese SuperGT series (www.supergt.com.my). Mr JP Chin, founder and chairman of JPM said “When Andy visited us recently he was impressed with the way we organised SuperGT and offered us an opportunity to do a Summernats Malaysia”.

The Summernats Exhibition will feature more than 50 Malaysian owned muscle cars, Japanese GT and domestic vehicles, custom and road bikes, some judged events and an image gallery of Summernats champions past and present.

“The Super GT, Malaysia and Summernats seems like one of the most unlikely partnerships you could imagine, but Malaysia has an enthusiastic and growing muscle car scene.” Lopez says.

It will be an interesting ride.

Looking forward to seeing a lowered, hotted up Tuk-Tuk with Lady (TBC) in the back flashing his/her/its moobs to the sound of a bass-heavy Malay version of Little Jon.

SHOW US YA HIJAAB!

So, do they have a “wet burka” contest?

Just the thought of this brings tears to my eyes.

So, do they have a “wet burka” contest?

Is there a culturally appropriate way to say get ya norks out in any language?

I’m unsure of how to capture the essence of ‘show us ya tits’ in a culturally appropriate way.

I think you answered your own question.

What is it in Latin?

My Bahasa Malayu is a very rusty. I’ve forgotten much more than I remember now.

(I’ve probably got the tense all wrong!)

You can see the bottom of the young lady on the right. Very nice it is too.

You can see the bottom of the young lady on the right. Very nice it is too.

Bronwyn Tolley - 6 hours ago
Karin Hagel Prince Phillip at Buckingham Palace, July 20th 1969. The day man landed on the moon ! View
Maya123 - 8 hours ago
LOL, I have about nine pairs of shoes I wear away from the house. Plus two handbags, which I haven't used for about two years... View
Tig Beswick - 9 hours ago
Robyn Lynette Pierce - when I was a little girl, I went to the NSW Governor General’s house because my dad had been invited... View
Breaking 1

@The_RiotACT @The_RiotACT
Canberra's generally done well out of the Budget, but according to Ian Bushnell, there are still some glaring oversights https://t.co/a0aV2gDxpP (59 minutes ago)