Local band Sunchaser @ the Wayward Orchestra have been in touch to let us know they’ve made it into the Tom Cruise blockbuster Rock of Ages.

The song ‘One more Day!’ by local band Sunchaser & the Wayward Orchestra has been used in the blockbuster film ‘Rock of Ages’ Starring Tom Cruise. The band were elated to hear the news!

Band front man and songwriter Jason Campbell-Smith says ‘It’s especially exciting to be included in a film where the story revolves around classic rock and is jam-packed with such huge hits, it’s a compliment to our work and spurs us on to keep doing what we do’

The song was pitched to Hollywood by ‘Hook, Line and Sync’ an Australian licensing company that places home grown music into film/TV with companies such as Warner Bros, NBC, CBS, Paramount, Disney and Universal.

Jamie Brammah from ‘Hook, Line and Sync’says ‘Landing ‘One More Day’ in Rock of Ages was a huge surprise for all of us. They dropped the track in between some monster 80’s hits and the fact that it’s the only Aussie song in the movie and it’s from an indie band is testament that their track fits the bill.’

The song is included on the bands recently released EP and available for online purchase at www.swomusic.com

I did query that it’s not listed on IMDB and Jason had this answer:

I don’t know for certain if we get a credit at the end of the film. I don’t think that they have to give us credit. The song has certainly not been used as a big feature of a scene.

What I can confirm is 1:58 secs of the song was used in a scene with the lead actors as background music. If you you chew your popcorn too loud , you’ll miss it as it is very soft.

But we have been contacted by publishing company and cue sheet has been received by them with info.

It’s a big break for us in terms of opening doors. As songwriter I’m entitled to royalties for the next 50 years as well as placement payment.

Here’s there cut of my video work at the recent CD launch: 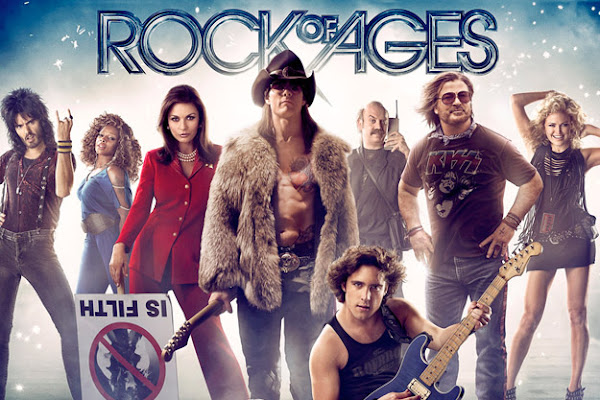 Capital Retro - 1 hour ago
You are still in denial that renewables are where they are solely because of massive subsidies. At the rate coal fired power... View
chewy14 - 2 hours ago
Capital Retro, I agree, we need to remove the significant level of subsidies received by fossil fuels.... View
News 10

Tom Dale - 2 hours ago
As the APS "permanent staffing" model is still essentially based on the Northcote-Trevelyan Report of 1854 which re-organised... View
Vladimir Svoboda - 2 hours ago
CPSU has been advocating for greater homogenisation across pay bands for a decade and it was Labor policy at the last electio... View
Laurel Haskell - 3 hours ago
People leave the PS and start up their own industry because they KNOW the System..Consultants, Employment Industries, Care In... View
News 150

Raymond Evans - 2 hours ago
Canberra was so much better off when we were part of the federal government , since our local government started everything h... View
Anthony Fernance - 2 hours ago
If it’s only 2 weeks behind then they need to improve the mowing schedule a lot because grass don’t grow 4ft high in 2 we... View
Garry Dodds - 4 hours ago
When the Federal Government were in charge before self Government the lawns were great now it's touch and go..Only in the Sub... View
News 6

JC - 3 hours ago
No it so sure about your statement that longer travel times don’t bring more passengers. In the act we already have an exam... View
Capital Retro - 4 hours ago
Well, the future generations will be paying for it so it's the ACT Labor/Green government's legacy to them. And it's very muc... View
thatsnotmyname - 4 hours ago
Great to see this project finally underway. Very much needed and will be great for future generations.... View
Community 3

Tom Worthington - 5 hours ago
If grassroots community issues are important, then some of the current sitting time could be devoted to them. But having one... View
Community 2

Lisa Baker - 7 hours ago
Ah… the car of my dreams, and even in the current colour, since I was about 8… just beautiful View
show more show less
*Results are based on activity within last 7 days

With rain comes growth - and while no one would argue this is a bad thing, many agree it is...
Opinion 127

@the_riotact @The_RiotACT
New details shed light on what police allege happened during a dramatic #prisonbreak in July when a car was rammed in broad daylight as jail staff were transporting a #detainee to hospital https://t.co/c8KUV2DWZN (55 minutes ago)

@the_riotact @The_RiotACT
#DFAT's capability and role has been degraded, says Penny Wong. See what Labor has in store for Australia's foreign service if elected https://t.co/4Mycvggqp3 (2 hours ago)

@the_riotact @The_RiotACT
. @ChamberlainsLaw is one of the largest #law firms in the ACT, and it was recently named as one of Australia's fastest-growing and most people-centric firms in two separate lists by 'Australasian Lawyer' magazine https://t.co/AUGDyW3FI1 (2 hours ago)