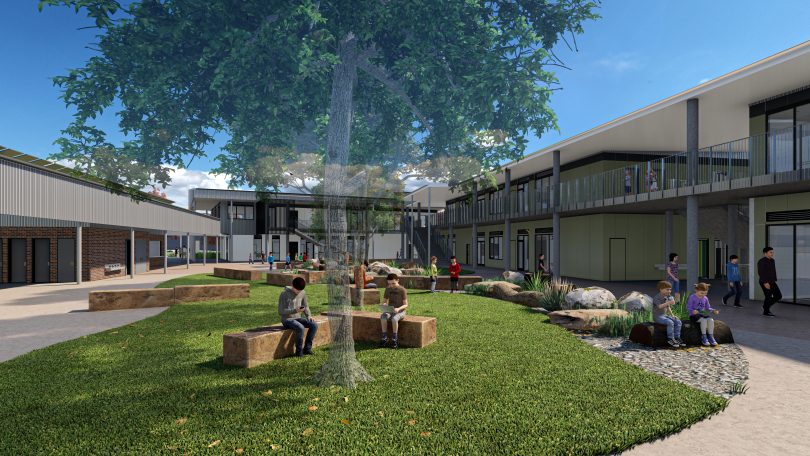 Construction work is expected to begin on the long-awaited $20.1 million Murrumbateman Primary School early in the new year after one of the last planning hurdles was passed.

A State Significant Development Application went on exhibition for the school project on 17 June and when it closed, on 14 July, only eight submissions had been received – none of which had objections to the construction project. Reaction received were either “comments” or “supports”.

A spokeswoman for the NSW Department of Planning, Industry and Environment said once the exhibition period had ended, a report would be written on the comments raised, but as there had been no objections, she estimated the paperwork would be finished by the start of next year – with building to commence shortly after once tenders were called.

Among the comments included a suggestion to include a yarning circle in an outside area on the southern side of the development with an amphitheatre feel in the play space. This has now been included in the development proposal. Also, as a result of another of the suggestions, changes will also be made for the safe passage of pedestrians between the main school entry and the adjacent bus stop.

The new school, on a 1.5-hectare site, will feature three new two-storey buildings, with Building A, B and C incorporating classrooms, administrative facilities, a canteen, storage areas and amenities block. Outside, Building D will be single-storey with an undercover learning area as well as outdoor playing and sports area.

About 40 carparks have been earmarked for the new school site as well as a “kiss and go” area.

The school, which will cater for 368 students, has long been lobbied by residents of the village which has a rapidly growing young population. According to the most recently published Census figures, in 2016, 3219 people live in Murrumbateman. That figure is estimated, today, to be nearer to double that number.

Projections have indicated there will be an unmet demand of more than 430 students by 2036 if the new school does not go ahead at Murrumbateman. Many of the village’s young people attend schools across the border in the ACT because it is easier than accessing schools in Yass – despite it being less than 20km away.

The Mayor of Yass, Rowena Abby, said this latest progress was the good news the community had been waiting for a long time.

“The next thing is the tender process – and then we’ll be there,” she said. “The school at Murrumbateman – the upgrade of the Barton Highway and the condition of Yass water have been the big three discussed here for as long as I can remember,” she said.

“That’s more than nine years as Mayor and more than 13 on council.

“With Murrumbateman, the problem has been that people drive through the village and they don’t really see how big it has grown. Also the latest Census statistics are from 2016 and they say only about 3000 people live in Murrumbateman. That’s certainly not the case any more.

” I know for a fact that at least eight school buses go across the border in to the ACT every day – that’s about 400-500 students a day.”

Mayor Abbey said when the new Murrumbateman Primary School opened, there would be at least 300 first enrolments.

A spokeswoman for the Department said it was hoped work could start on the school’s construction early in the New Year.

Initial work will include significant earthworks and demolition work, but this will be kept to a minimum during non-business hours to avoid significant disruption to the local community. About 30 workers will be on site at the start of the project, 80 whilst the bulk of the work is being done, and 40 towards the end. It is anticipated construction workers will have access to the 40 school carparks to minimise the use of limited parking off-site parking surrounding the site.

Keep up to date with progress of the new Murrumbateman Primary School on the NSW Government’s website. 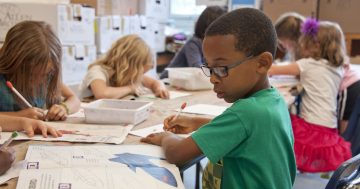 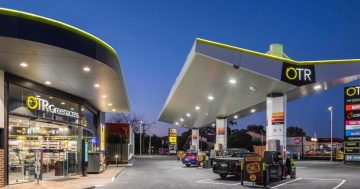