The home of Canberra racing
Next race day: Fri 4 September 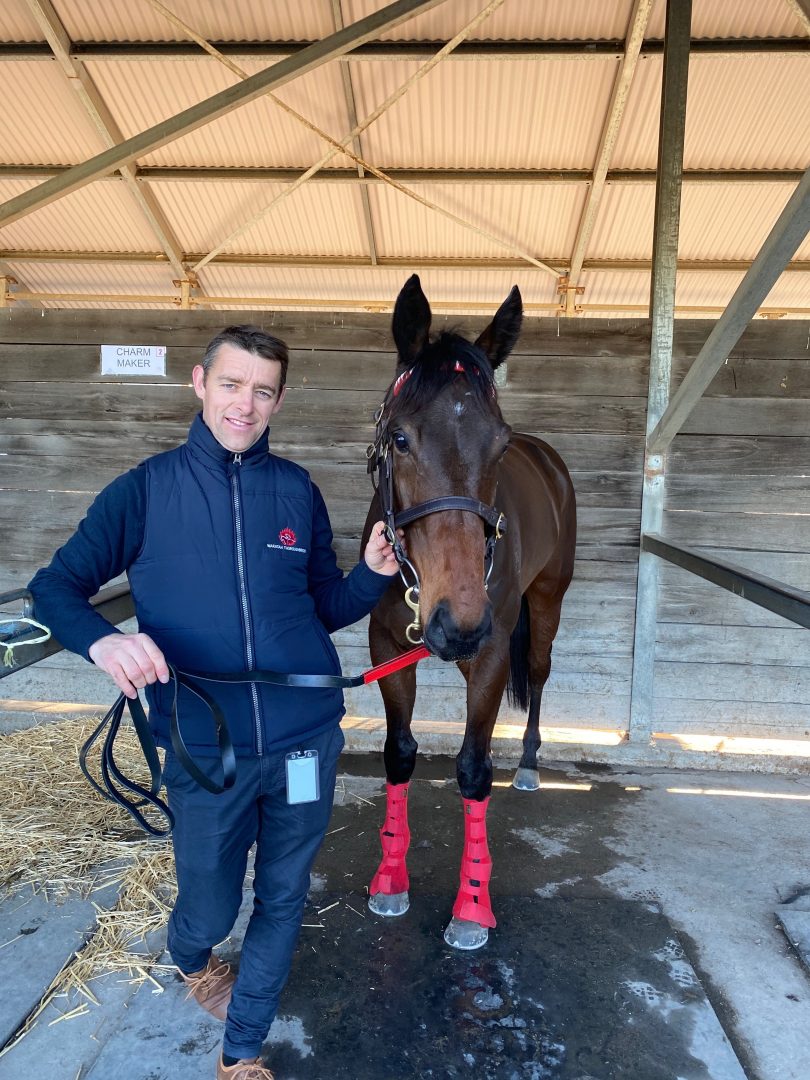 Trainer Stephen O’Halloran made the journey to Australian shores in 2003 to work for Gai Waterhouse. The Irish-born O’Halloran worked with the legendary ‘first lady of racing’ for almost 17 years, until Waratah Thoroughbreds came knocking in early 2020.

Waratah Thoroughbreds is a major breeding, spelling and racing operation based in Moss Vale. It’s a picturesque horse haven. When they offered O’Halloran an opportunity to become a trainer, it was an offer too good to refuse.

“I came down here from Sydney to check out the facilities and they were just incredible,” O’Halloran said. “The opportunity was one I couldn’t say no to.”

O’Halloran has only had 15 runners since making the move into training and has already managed 2 winners and 4 minor placings. Both of those wins have come from the talented Riot Act*.

Riot Act will step up in grade when he lines up in the TAB Federal, the feature race today (7 August) at Thoroughbred Park but Trainer O’Halloran is confident that his galloper can handle the challenge.

“He’s in fantastic form,” O’Halloran said. “He’s won his last two in country grade but he’s won with enough in his back pocket for me to be confident that he will handle the stronger race on Friday.”

According to stable officials, Riot Act was given his name as a young horse who was prone to being a little naughty. It seems the penny has dropped for the four-year-old gelding who now seems to be hitting his stride after wins from his last two starts at Nowra and Goulburn.

Riot Act is also nominated for a race at Kembla Grange on Thursday but O’Halloran has indicated that he will choose to race for the $30,000 on offer in the TAB Federal.

Also racing in the feature race on Friday, the local Away She Goes has been in terrific form of late, most recently scoring victory in the Paul Miller TAB Federal at Thoroughbred Park on 24 July. Trainer Luke Pepper is confident his mare is going well enough to win again but is wary of the impending rain with more than 15 mm forecast for race day.

“She has pulled up super from her run a fortnight ago where she hit the line really hard,” Pepper said. “She has really matured in recent times and has gone from strength to strength.

“She will line up if the track can stay within the Soft range but I’m not sure if I’ll send her around if the rain comes and makes the track Heavy.”

There look to be a number of key chances in the feature race, with Queanbeyan trainer Joe Cleary’s Katie Did It as well as Canberra-based trainer Keith Dryden’s trio Prince Jacko, Sweet Knuckle, and Wichita Warrior all engaged. 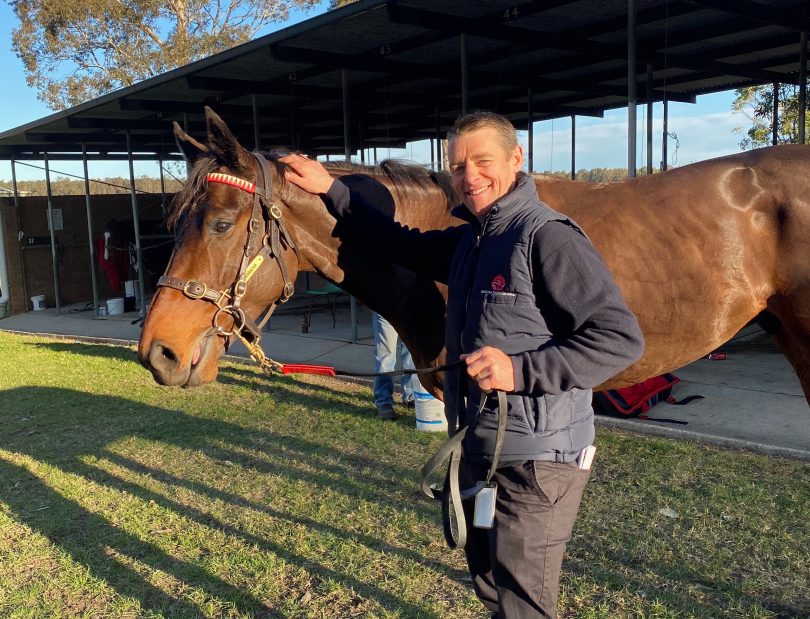 According to stable officials, Riot Act was given his name as a young horse who was prone to being a little naughty. Photo: Supplied.

*Riot Act (the horse) has no connection with The RiotACT or Region Media.

Matt Bacher - 9 minutes ago
Michael Bourke …..as you and I can attest to mate 🤣 View
Tim Rozitis - 51 minutes ago
Louellyn Violet sort of agree. I'm an expat Adelaidean who has only ever supported Melbourne (from before Cows existed). My k... View
Tim Rozitis - 59 minutes ago
no. Too much population movement. There's enough expats from footy regions here at any time, but a lot of them are transient.... View
Property 21

Brian Kilgannon - 12 minutes ago
Frances I think you answered the question. No one uses it so why build it when we have more pressing issues at the moment. It... View
Oan Nbn - 16 minutes ago
Leon Arundell but I guess Canberra to Yass need to connected from Kingston without passing CBD and making Light Rail stop as... View
Leon Arundell - 22 minutes ago
Justin Watson Examples, please. View
News 5

chewy14 - 27 minutes ago
JC, There's 4 comments, who's this mythical blue glasses brigade whatever that's supposed to mean? And I can't see where anyo... View
JC - 2 hours ago
I can see the comments from chewy and the blue glasses brigade. Andrew Barr, Labor/Greens don’t care for business, taking t... View
News 127

assiduous - 34 minutes ago
All voters should look closely at the actions of Federal Liberals prior to and post the royal commission into banking and fin... View
Community 20

Andrew Bell - 2 hours ago
Peter Hislop There is actually a map indicating an Airport-Kingston-QBN light rail ... all part of an integrated transport pl... View
David Malcolm - 2 hours ago
The most practical way to improve the Canberra services would be to eliminate ALL the Southern Higlands stops other than Goul... View
News 20

Loris Manns - 2 hours ago
I am on the bird’s side! View
whatwik - 2 hours ago
Yes, birds as interceptor fighters, and killer dolphins instead of subs. View
show more show less
*Results are based on activity within last 7 days