Prominent Canberra journalist and academic Virginia Haussegger AM, who has filmed in Afghanistan, is blunt in her assessment of the Taliban’s promise that women’s rights will be respected under their rule.

“I don’t buy that at all,” she tells Region Media. “We’re hearing stories already of women receiving death threats and we know they have been on Taliban target lists for some time. We know that women are arriving at their places of work and being told to go home.

“And it’s not even what’s happening now that is the greatest worry. It’s what happens after September 11, once all the foreigners have been evacuated. To suggest the Taliban are changing their ways is a nonsense.”

Ms Haussegger was a longtime ABC journalist and newsreader, the founding director and former chair of the University of Canberra’s 50/50 by 2030 foundation and the 2019 ACT Australian of the Year. She has worked for many years with Mahboba’s Promise, an Australian non-profit organisation dedicated to helping the women and the large number of orphaned children in Afghanistan.

Mahboba’s Promise is currently running an emergency appeal for the women, widows and children they support, and say that 900 families near their Kabul Hope House orphanage are in desperate need of help.

Virginia Haussegger is a longtime activist for women’s rights in Afghanistan Photo: Supplied.

Ms Haussegger is also particularly concerned about high profile Afghan women, including journalists and the country’s 250 women judges who have been educated and supported in part by Australian efforts and the International Association of Women Judges.

Intense discussion has been going on behind the scenes in an attempt to evacuate some of these women whose lives are at direct risk and she describes women journalists in the country as “some of the bravest people on earth right now”.

Ms Haussegger says there is abundant evidence that women and girls are being actively stopped from attending school, universities and their workplaces.

“In May, a girls’ school was blown up in Kabul and 85 girls were killed,” she says. “We know the Taliban hate girls being educated. They are afraid of women being educated and they want no girls at school beyond 10 years of age.

“Pressure was already being applied to the government, including an edict that girls over 12 could not sing in public. There was a beautiful response from Afghan women and women around the world posting social media videos of them singing and that edict was lifted.”

The Taliban has indicated that their interpretation of sharia law will form the sole basis for government. The Afghan constitution of 2004 enshrined gender equality but there’s likely to be a new constitution.

“That still means under their interpretation of sharia that women are the property of men,” Ms Haussegger says.

“We’re already hearing about forced marriages in northern areas where the Taliban have been in control for some time. There are reports of villages where lists are put together of unmarried females above the age of nine or 12 and any single women.

“We know what that’s for. This is not marriage. This is rape of minors, this is sanctioned sexual slavery.”

Afghanistan was an early signatory to the Convention on the Elimination of All Forms of Discrimination against Women and subsequent UN resolutions that enshrine women’s rights, among them equal participation in peace negotiations.

But Ms Haussegger says US withdrawal negotiations did not mention women in the agreement. Afghan government negotiating teams have included women in the past, but Taliban participants refused to acknowledge their presence.

There are limited numbers of seats on evacuation flights and Ms Haussegger says, by contrast with other Western nations, Australia has done little to offer more refugee placements to those at dire risk.

“The discussions this week should have been had months ago. I feel utter despair, I’ve been taking calls where I don’t know what to say. There is so much angst in women’s groups and there’s nothing we can do,” she says.

Ms Haussegger says support for organisations on the ground like Mahboba’s Promise is valuable, as is continued pressure on Afghanistan’s neighbours to keep their borders open for undocumented refugees.

“Those who do manage to escape are fleeing with nothing.”

You can find more information about Mahboba’s Promise and donate to their appeal here.

All the opponents of US and Australian military involvement in Afghanistan have now got what they so wanted.

The culture that embraces these unacceptable (by our standards) practices against women is thousands of years old and attempts by western countries over the last 100 years to “civilise” them have failed.

How weird is it that the ABC have led investigations into unproven allegations that Australian solders abused human rights in Afghanistan yet friends of the ABC here are calling out real abuse by Afghan men on Afghan women?

More of a problem with Afghanistan is the fact that their main export industry is opium, ironically all sold in US dollars.

No surprises, just hope none of managed to hide among those who have been evacuated. I trust our vetting processes will keep all safe 🤞

Worry for the woman and children in Afghanistan 💕💕💕😭

They are a group of misogynistic despots drawn from the lowest level of humanity. Thieves and murderers released from jails….that was the first priority for them….

Makes me sick to my stomach, it’s the Handmaid’s Tale happening before our eyes…. again.

Kim Bal-Al pretty much what my wife said. Yesterday we watched a documentary on Afghanistan on YouTube. She commented how much it resembled the episodes of The Handmaid’s Tale that we had watched. 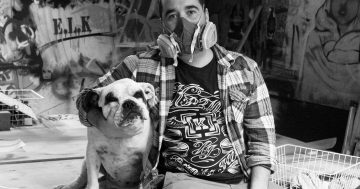 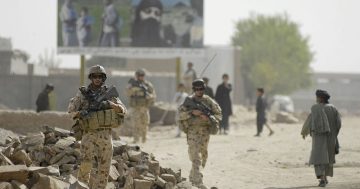