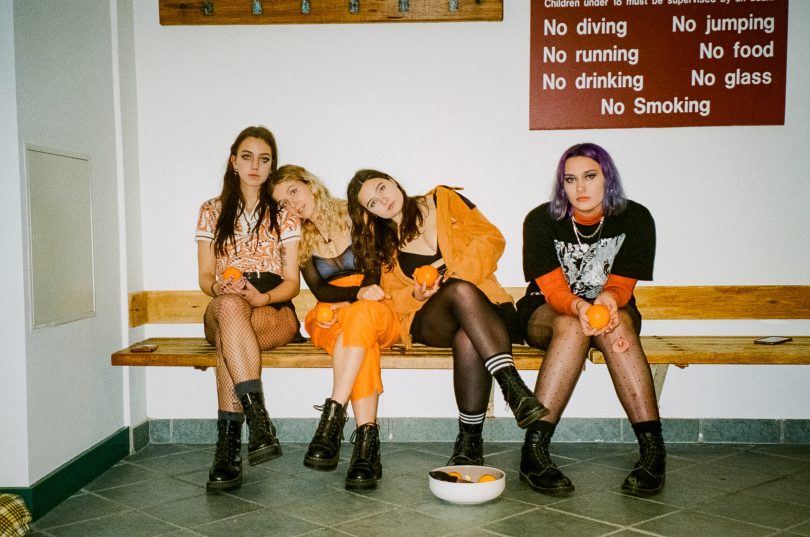 Teen Jesus and the Jean Teasers have rapidly built up a name for themselves throughout Canberra after coming through Triple j Unearthed High. Not soon thereafter, the girls began playing alongside acts such as Polish Club, Northeast Party House, Alex Lahey, Press Club, Spiderbait, Good Doogs and are set to support Slowly Slowly on their national tour in July and August. The 90’s grunge-influenced band have also scooped up Spilt Milk 2019 and Stonefest slots, as well as already performing at Canberra Groovin The Moo, and St Jerome’s Laneway Festival Sydney this year. Not only have they scored some pretty impressive shows this year but THEY’VE JUST ANNOUNCED THEIR OWN DEBUT TOUR AND SINGLE IN ONE DAY! 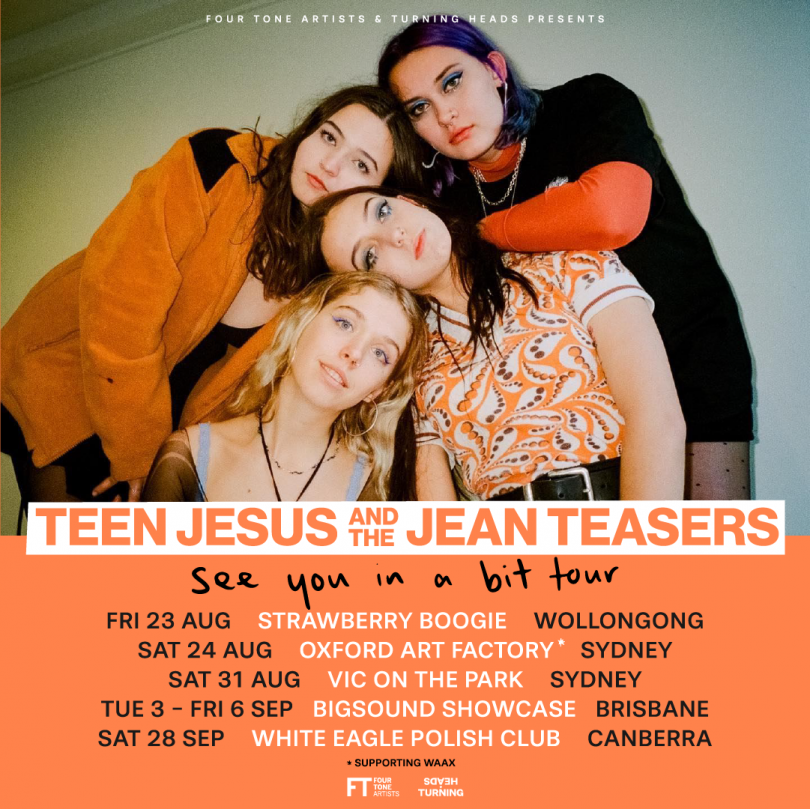 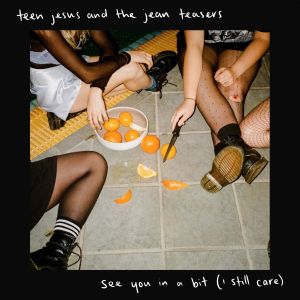 Breaking away from the power-pop style from their 2017 EP ‘Creepshow’, Teen Jesus and the Jean Teasers are growing up; and so is their sound. After taking a break in 2018 to finish up their schooling, the girls released their new single as a 4 piece band “I Like That You Like That” influenced by the 90’s alt-rock era. Following is their newest release – “See You In A Bit (I Still Care)”, a song that reflects on love-hate relationships with the same gritty grunge style. “See You In A Bit (I Still Care)’“ includes a ferocious chorus and an honestly written outro that will get stuck in your head for days, weeks maybe even months. You can find the new track on Spotify and triple j Unearthed.

You can next catch Teen Jesus and the Jean Teasers at the following Canberra shows:
1st of August – Slowly Slowly @ UC HUB
19th of October – Stonfest @ UC
23rd of November – Spilt Milk @ Commonwealth Park (SOLD OUT)
28th of September – Single Launch @ The Polo