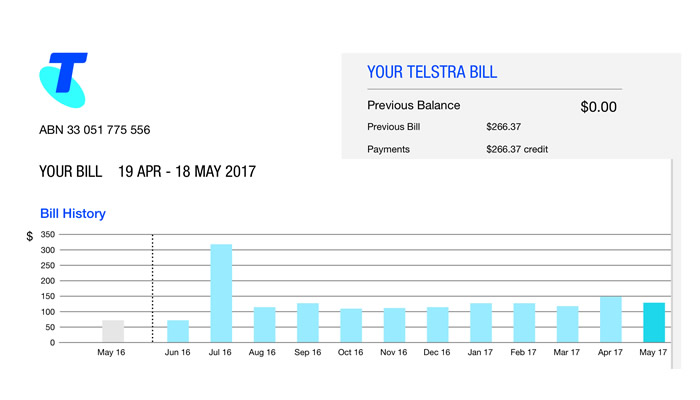 I have never made a call to Telstra for ‘operator assist calls’ and until my bills started showing that I had, I had no idea how you did this.

Apparently, you dial 1234. This is not the sort of number that you would dial inadvertently as it is unlike any landline, mobile numbers or even international numbers.

The first time a couple of these calls appeared on my bill I queried with Telstra in Civic and was informed that I must have made the calls, but on this occasion, they would be prepared to refund – but not again.

Imagine my surprise when my next bill also included the fee of $1.99 for one of these calls. I then noticed that in each case the recorded length of the call was EXACTLY ONE SECOND.

This immediately raised my suspicion. Even with the brilliance of Telstra, it would be impossible to provide a service in one second.

Unless there is a genie in my mobile phone, there is clearly some kind of recurring billing error on Telstra’s end.

If just a couple of these erroneous calls were added to most bills… there are millions of account holders around Australia – then the extra revenue would be significant.

Most account holders probably pay their accounts without taking a good look at the detail (probably by direct debit or similar).

I will be challenging Telstra again this week but I wonder if anyone else has noticed these, ‘operator assisted calls’ on their bills?

Margy Duke - 16 seconds ago
We Would have done it anyway!... View
M.J. Leonard - 13 minutes ago
Steph Brimson Could you tell me what section of the Constitution you're referring to? Because I don't see anything in there a... View
Mike Davidson - 43 minutes ago
Imagine the BO😂😂 View
Motoring 18

Alex Elliott - 1 hour ago
How can Braddon and Dickson get $14 million combined and the single bus depot building get $6.5 million. I'd like to see how... View
Ian Daun - 12 hours ago
How about replacing the letter boxes that have been removed. View
Adam Meadows - 12 hours ago
Yes, to hell with the homeless. It was only -4 last night, the big girls' blouses. View
News 22

Elroy Jones - 4 hours ago
If you'd like to live in a rural setting then perhaps consider moving away from the city. View
Property 5

John Brinsmead - 14 hours ago
wonder when we'll see a da for an 8 to 20 story building. View
Theresa Rand - 20 hours ago
Very sorry to read this article... my husband and I do not live in Weston but would make a trip to Weston to visit the booksh... View
show more show less
*Results are based on activity within last 7 days

UPDATE - 1 June: Police have now arrested a man and a woman, and recovered a weapon, in relation to a...
Motoring 17

A Geocon proposal for an eight-storey mixed-use development in Kingston is out of step with the character of the area...
News 36

The ACT is splashing $13.9 million in Canberra's inner north to upgrade lighting, accessibility and parking along streets in Braddon...
News 33

ACT Policing has confirmed that it will not be focused on enforcing social distancing and health directions during Black Lives...
News 27

@The_RiotACT @The_RiotACT
Fidget the friendly lorikeet is at @rspcaact waiting for her new owner to come along. Could it be you? https://t.co/Z0hnglnnYP (39 minutes ago)

@The_RiotACT @The_RiotACT
Can you see yourself living in a luxury 10th floor, four-bedroom CBD penthouse? Here's your chance to make this stunning home yours https://t.co/z1ZSZFTIQv (1 hour ago)

@The_RiotACT @The_RiotACT
Riots have paralysed the US, but in Canberra today thousands of protestors gathered peacefully to draw attention to the messages of Black Lives Matter including Indigenous deaths in custody and police violence https://t.co/m0TZYhn1Hx (2 hours ago)