The 2011 Jack Cusack Lecture: ‘Change: The Next Step is Ours’ 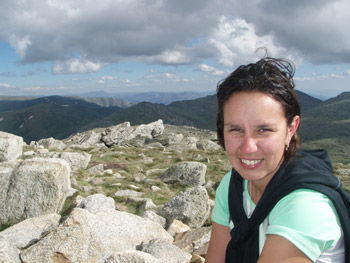 Jack Cusack was an expert botanist who, working from CSIRO’s Darwin Laboratory, made an extremely valuable contribution to Australia’s research effort in the north over three decades, and his spirit in embodied in the work of Dr Cass Hunter.

“Cass Hunter is one of the new generation of Indigenous researchers who are able to bridge the divide that sometimes exists between traditional knowledge and Western science,” says Greg Davison of CSIRO’s Office of Indigenous Engagement.

“She great at communicating complex science issues in both directions, and her career demonstrates the contribution Indigenous people have to make to Australia’s big science questions.”

Dr Cass Hunter is a descendant of the Kuku-Yalanji people in far north Queensland and has family connections to the Torres Strait. Growing up in regional places provided the landscape to help her develop an interest in caring for and understanding our environment.

After winning an Indigenous cadetship with CSIRO Marine and Atmospheric research in Brisbane while studying marine science at University of Queensland, she made a move to CSIRO’s Hobart laboratory to pursue her PhD researching the approaches and relationships useful for characterising behaviour and predicting the catch composition of Tasmanian rock lobster within traps.

Hunter returned to her family’s traditional lands after completing her PhD, where her ongoing research looks at tools to predict the impact that exposure to threats, including climate change, has on marine life in the Torres Strait.

Brent Hutch - 7 hours ago
Simon Lynch I'd suggest you need to go check your own facts first champ. Based on your thinking, the ACT should ignore fires... View
rationalobserver - 22 hours ago
3 points; No sane person would raise the topic of Defence force help in the same breath as raising the possibility of a law s... View
Simon Lynch - 2 days ago
I'd check the facts first Kerry. At the time there was no fire in ACT and yet your wonderful Administration hired the helicop... View
Lifestyle 2

Capital Retro - 22 hours ago
Slowly but surely all cell-phone challenged reception areas in our region are being addressed. Last week the new Telstra 4Gx... View
Sport 20

PaulWalshe1 - 1 day ago
Great article Tim, it was a special day for AFL in Canberra. The ACT had only 3 VFL players - Jezza, Ian Low and Queanbeyan's... View
Business 20

Capital Retro - 1 day ago
I don't know who is going to read it then JC. I suppose the hardcore lefties and self-appointed experts who contribute almost... View
JC - 2 days ago
The paper is still going to be made. View
Rebecca Hosking - 2 days ago
Jane Larkin Naomi Feuerherdt Kim Beaumont This is a bit sad 😥 Remember our team photos on the massive reams of paper 😊... View
News 29

Canberrans will soon have another option to traverse the city with up to 1,500 dockless electric scooters being introduced under...
Opinion 37

It is reflective of just where the Canberra Liberals are on the election trail that it was Mark Parton's social...
News 32

@The_RiotACT @The_RiotACT
One of Queanbeyan’s oldest ever residents, Linda Moore, died peacefully last weekend at the age of 105 https://t.co/TULostP4NV (12 hours ago)