The Australia Forum to glitter upon the lake? 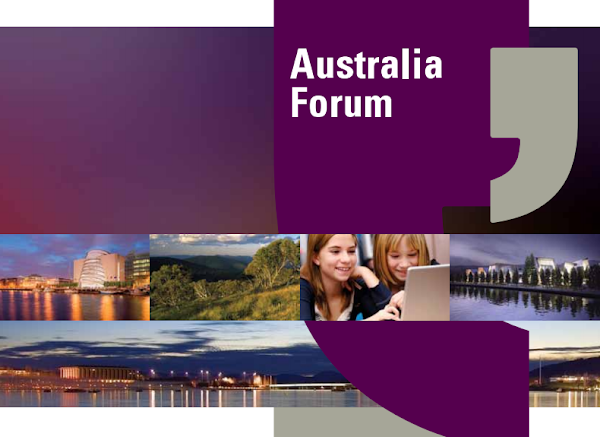 The Canberra Business Council has released a scoping study for a Darling Harbour like development for the West Basin of Lake Burley Griffin. This follows a media release last year.

The Australia Forum will be a worldclass institution that caters for significant meetings, dialogue, cultural events and other occasions of national importance appropriately held in the Capital.

Getting Peter Shergold to run the scoping process certainly adds heft to the proposal.

But will we see a new national icon rising over the Acton boat and bike hire joints?

13 Responses to The Australia Forum to glitter upon the lake?
Filter
Showing only Website comments

The NMA is a partner – I thought they were crying poor?

Not anymore, with all those Taxpayer Dollars

I was at the launch today, so can correct some misconceptions and am happy to answer questions if anyone has any.

1. I don’t know where the “Darling Harbour like” quote came from (a johnboy special?), but it couldn’t be further from the truth for the Australia Forum project, which is for a meeting place, an international centre for dialogue, a venue in the national capital to hold nationally and internationally important meetings like CHOGM… and an extension of (and connection to) the Civic area. Yes there will be soem restaurants and retail, but not Darling Harbour like…
2. The project reflects the original intent of the Griffin Legacy plan.
3. Far from greedy and short sighted, the project is being driven by a not for profit (CBC) with a lot of pro bono work being done by supporters from the business community.
4. The project has been running for a decade, so this is no “hey I had an idea, let’s build something by the lake” and is not the result of a “development mind-set”.
5. There has been a lot of work done on scoping and defining the need. It’s in the full report. Also, the current convention centre is not capable of running any of the large national and international conferences, events, meetings… Some of this is due to size, but most of this is security and capability issues (e.g. technology).
6. The site is currently a car park (and Mr Spokes bike hire), so not sure how this would interrupt “public access to the foreshore”… quite the opposite, it would enhance the area.
7. It needs Federal funding to go ahead, so is a long way from a done deal.
8. The Greens were at the launch.

Not sure why there’s is such conservatism on RiotACT, but it seems considered and reasoned discussion go out the window for an alarmist reactive response.

The problem is Darling Harbour was a stale industrial area doing nothing in a city people wanted to be in for business and commerce. It made sense to turn it into a place for people ALREADY going there.
Trying to make a hub for meetings when people barely want to come here is foolish.

If the Stanhope/Barr government thinks it is immune from the whiff of corruption from NSW Inc, they can think again. Brisbane has never recovered from the White Shoe Brigade travesties wrought on the Brisbane River. This vulgarity would wreck the lake. The foreshore should remain open public access for Canberrans.

Once again, where are the Greens?

Vulgar and obnoxious. ABC news reported earlier that the ACT Government is contributing $1 million of ACT ratepayers money to a feasibility study. Presumably we will never know how it is spent, on “commercial in confidence” grounds. The NMA is a partner – I thought they were crying poor?

I would second what Deref said also.

“If you build it, he will come”

, or do they just have money to burn?

Well…Yes after they collect all those taxpayers money from here and there.

“As we prepare Australians for the dynamic opportunities
and challenges ahead new forms of engagement will be
needed. Australia’s best future will be shaped through
dialogue – and through facilities and technologies that
are enabling, democratic and globally connected.”

Hello Professor, where have you been, it’s already happening and without the need to be orchestrated by a group of eminent Australians. It’s called the Internet, and it doesn’t need a new building on the shore of my lake to make it work, it just needs a search engine and someone interested enough to post a thread or make a comment.

I would second what Deref said also.

I think the development mind-set which is dominating the public mind these days (the same one that cries out for Big Australia) sees the lake as undeveloped real estate, and having water on it just makes it more attractive to them. water views! water views! money!

And what Deref said, +eleventy-billion.

Oh kriste – just what we need. Another Darling Harbour-like abomination.

Canberra doesn’t need to be Sydney. It’s a beautiful and unique place – we should preserve and celebrate that unique beauty instead of bowing to these greedy, short-sighted bastards who see no value in anything that isn’t earning them a quick buck.

Julie Macklin - 2 hours ago
Alicia Conley The ACT has no cycle paths. They are shared paths. Yes, those around the lake were built with people on bikes i... View
chewy14 - 3 hours ago
"That they are public doesn’t mean there are no rules for using them." Exactly my point. That the rules should preclude cyc... View
Craig James - 3 hours ago
Keep riding your bicycles on the road, Darwinism at it’s finest 🤷🏼‍♂️ View
News 9

Juanita Tee - 3 hours ago
David Keir what are you specifically doing for them 🙃... View
Liv Miller - 5 hours ago
Rachel Edmondstone love 💓 this View
David Keir - 8 hours ago
Virginia Loizou sounds like you’re the one whinging champ View
Property 28

David Conway - 6 hours ago
Colin Ball totally not fair and they get to play grand theft auto in prison.... View
Community 8

@The_RiotACT @The_RiotACT
If you can bake a cake celebrating the decades since the 1960s, then the annual CakeOff fundraiser should be a piece of cake https://t.co/ZE6j86IEMa (5 hours ago)