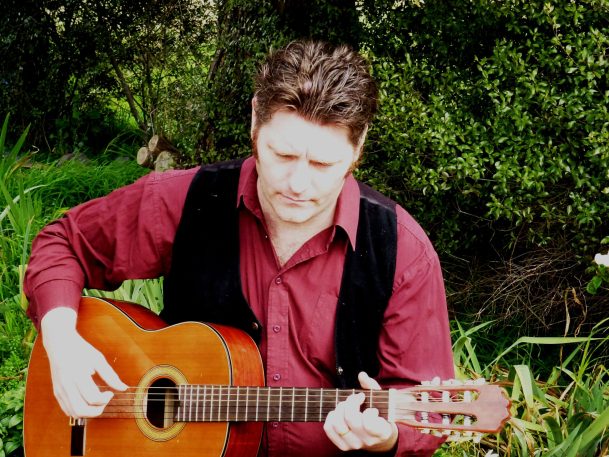 He has sung about Yass’ brown, smelly water; the old Commercial Hotel, which has stood empty on the town’s main street since 2005, and the controversial removal of the popular spiral slide from Coronation Park.

If there’s an issue or story to be told in his hometown of Yass, in regional NSW, Daniel Kelly will write a song about it.

Raised by parents of Irish descent and a father who was always playing the guitar and making music, Daniel was destined to write and perform ballads.

He recalls making music from about the age of four, when his family moved from New Zealand to Queensland.

At age 17, Daniel moved to Canberra for university and then hopped across the border to Yass, to escape to the country with his wife in 2006.

The singer-songwriter, who works as an engineer and is studying a doctorate in cybersecurity by day, fell in love with ballads and political songs in his early 20s.

“I started off singing the traditional Irish ballads everyone sings and then I discovered Alistair Hulett, a Scottish singer who also wrote a few political songs,” says Daniel. “He actually spent a couple of years in Australia writing about housing issues in Sydney and whatnot.

“Then I discovered Phil Ochs, who was writing about the Vietnam War and segregation in the south of the US. And my father was a big Bob Dylan fan during the couple of years he was a born-again Christian, which exposed me to protest writing and music as an agent for social change.

“It’s questionable whether we’ve achieved much by writing these songs, but at least they get people thinking.”

Daniel uses his songs to capture the emotional sentiment shared in his community around local issues and to tell his town’s history. 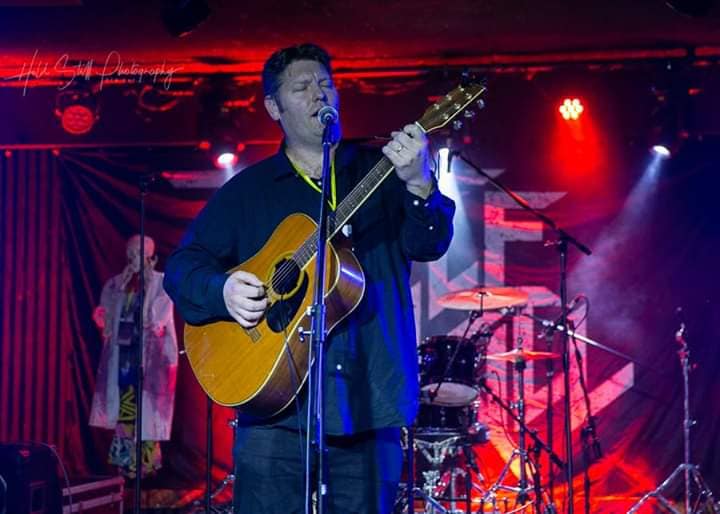 A Facebook post about a historic Romeo and Juliet-style tragedy in the region inspired his song, William’s Razor, and his first album, Zombie Sheep of the Murrumbidgee (And Other Songs of the Yass Valley), which tells the stories of the Sisters of Yass and the Barton Highway, which weaves its way through the region’s tapestry.

Daniel says researching his songs has been a great way to learn about the Yass area.

“I ended up doing a fair bit of detective work for William’s Razor because the information was in the Yass paper, which isn’t digitised and his lover’s name was never mentioned,” he says.

“I ended up going through all the old papers at the library to track down who this girl was. We still don’t know, but I suspect it was someone from a well-to-do family because anyone else’s name was put in the paper if something embarrassing happened.”

The story behind William’s Razor is about a local plasterer, named William, who tried to cut the throat of an unnamed young woman and then hurt himself.

In 2019, Daniel released the Yass Slide Song to highlight the community’s grievances at the loss of its iconic spiral slide, which often attracted tourists to stop in town.

The song’s lyrics include: “There is a slide that stands in my hometown, well the council has decided they will tear it down. They said insurance is too much to pay, we don’t care if children love it, that slide is slip-sliding away.”

In the same year, Daniel wrote a song about Yass’ water, which was followed by Yellow Brown (Yass Water II) earlier in 2021.

The lyrics to Yass Water include: “Turn the tap on at your sink, and you’ll be greeted by a stink, and a colour ranging from urine to brown. It’s not fit to bathe your kids or boil up some squids, and you better like wearing dirty brown.”

Daniel says he tries to add humour to his songs to keep the issues light.

“I want my songs to be tongue-in-cheek rather than in your face,” he says.

His stories usually appear on social media, where they’re a hit with locals. Daniel also performs the songs live.

“I was doing cafe events every two months before COVID-19,” he says. “My first live concert back was in April this year, but before that, it was nothing but Zoom concerts.

“There’s nothing like hearing 40 people in a room sing a song with you, but then through Zoom, I’ve played at festivals I could never get to in the US.”

Daniel will be performing at Folk by the Sea in Kiama on the NSW South Coast, and the Irish and Celtic Music Festival in Yass, both in September 2021.