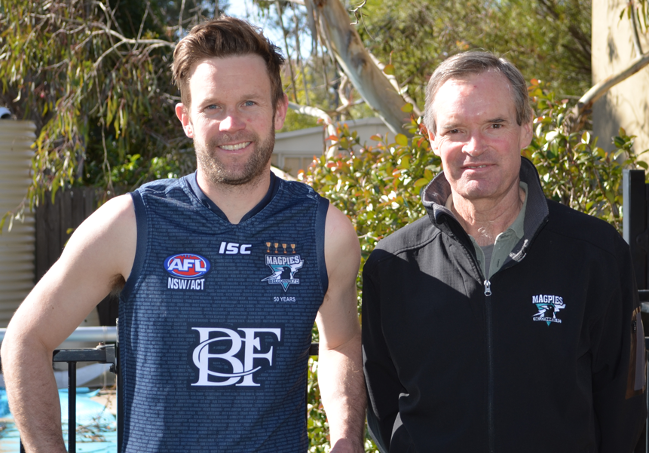 Lexie Bennett holds the Club record for the highest number of first-grade games with 278 games, overtaking his father, David, who had previously held the record with 268 first grade games. Photo: Supplied.

Rob Goddard says most of his closest mates are former teammates from the Belconnen Football Club, a sentiment reflected by generations of players who have come through the club over its 50-year history.

In the late 1990s, Belconnen affiliated with the West Canberra Football Club to become the Belconnen Magpies.

The theme is reflected in a just-published book, Blue, Black, White and Teal: Celebrating 50 Years of Football in Belconnen.

For Rob, a former captain, coach and stalwart of Belconnen, it became very much a labour of love and a fitting contribution to the club. Rob is also the club’s historian. 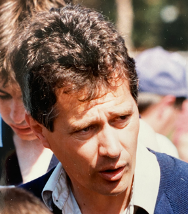 There has been no shortage of material for the publication, from Belconnen’s creation in 1971 to the present day, where the Belconnen Magpies Club has the status of being one of the premier clubs in the Canberra AFL competition.

In between, there was an early failed attempt to amalgamate with the West Canberra Football Club before reaching the current position as a combined entity with one clubhouse.

“We would have won three or four more premierships had the Sydney Swans not been playing in our competition,” says Rob, “It was a pretty rough deal.”

The book also looks at the influence of club giants like the late John Molony, Paul Feltham, Alex Jesaulenko and the Bennetts.

David Bennett held the record for the most number of first-grade games with 268 before his son, Lexie, overtook him last year.

Lexie’s brother, James, has also played over 220 games for the Magpies and is the current first-grade coach.

The Goddard family also has a rich history at the club. Rob played 118 first-grade games; Rob’s father Frank was the first-grade manager then club secretary for many years; and Rob’s daughter, Bec Goddard, is also regarded by many as one of the pioneers of women’s football in Australia. 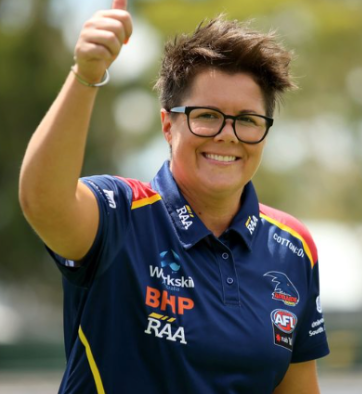 Bec Goddard was awarded an OAM in recognition of her contribution to AFL and women in sport. Photo: Supplied.

As a reflection of the growth of women’s football in the club, players feature prominently in the number of games played. Mercia Smith, 155, and Jo Foster, playing 153 lead the way.

“Our first-grade women won last year. It’s their first flag in 20 years and we now have a women’s reserve grade team,” says Rob.

In terms of top players coming through the Magpies system, Rob has highlighted three.

Brett Allison played with Belconnen before being picked up by North Melbourne under the father-son rule, with his father Tom also playing for the Kangaroos. Brett Allison went on to play 228 AFL games for Norths and the Sydney Swans.

Don Pike, the current Swans assistant coach, played for Belconnen in the under 19s and the seniors. He then went on to play 132 games for the West Coast Eagles. Pike later coached the Adelaide Crows for 93 games.

Jack was initially drafted by GWS before heading to St Kilda after the 2016 season. He finished third in last year’s Brownlow Medal and is the current Saints captain.

While it is important to look at a football club through the lens of premierships and star players, the Belconnen Football Club has proven to be much more than that.

“From the early days, it’s been a close-knit family club. All of my closest mates are players I have played with. I have established lifelong friendships through the club,” says Rob.

And surely, that is what sport is all about.