The carbon diet: how one Canberra woman slashed her average carbon footprint 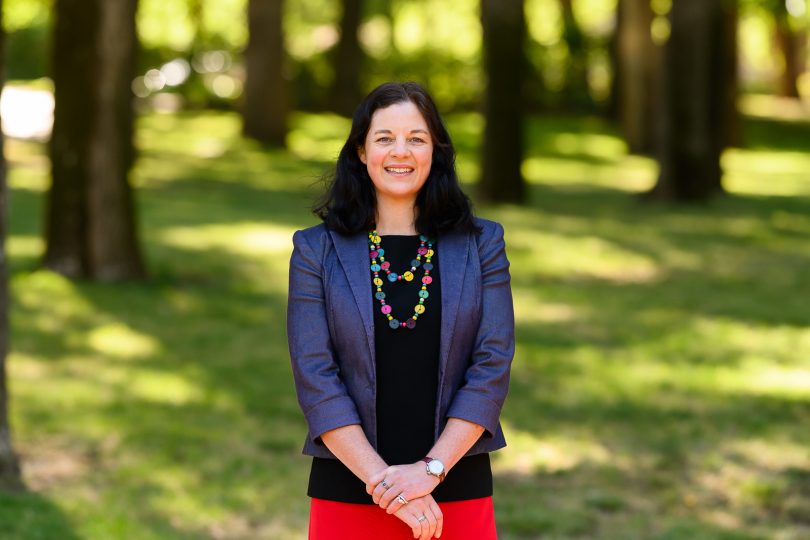 Like most people, I want a healthy planet and a pleasant life. But modern life puts these reasonable goals in conflict.

Over the last decade, I’ve become increasingly aware that my choices affect the environment. Everything I consume uses energy, water and natural resources, and churns out pollution. I’ve become particularly concerned about one type of pollution, carbon dioxide and equivalent emissions – or carbon for short.

We’ve released too much carbon into our atmosphere. This is causing climate change. The whole world has recognised the problem and gone on a crash diet to cut back. But like so many diets, this one might not stick.

Australians are the great diet cheats. We have one of the biggest carbon footprints in the world but our Federal Government repeatedly pledges tiny cuts. The latest government inventory shows that in the past year, Australia’s carbon emissions dropped by 0.3 per cent.

That tiny cut is not enough. If everyone follows our lead, the world will be in climate chaos.

I got sick of waiting for the Federal Government to fix my problems. I decided to fix them myself. I set out to cut 75 per cent from my carbon footprint and that of the average Australian.

I’ve spent the last two years on my Carbon Diet. I’ve covered everything from food to flights to fast fashion. I made simple changes, one week at a time, and used carbon accounting to see what worked.

Along the way, I was lucky enough to interview locals and experts. I wrote blogs and articles, gave speeches and created artworks. I’m writing a book at the moment.

When I first pitched this project, I got pushback from my family. They worried about what we’d have to give up and thought it would too hard. Two years later, my family are so on board that my six-year-old regularly hijacks her classroom to explain the project.

Here are some of our favourite discoveries.

Duck tastes better than beef at a fraction of the carbon cost. Mock duck is almost as good and quicker to cook.

Vintage clothes are a genuine fashion choice, not a last resort of the impoverished. But it’s even easier to stop shopping.

Ironing is bad for the planet. We should all abandon it immediately.

When I set out on my Carbon Diet, I had no idea if a 75 per cent cut was possible. I didn’t even know what my carbon footprint was. I’d heard so much political wrangling about little reductions to Australia’s emissions that I thought real action was out of reach.

I was wrong. I’ve overachieved my goal.

I’ve cut 77 per cent from the average household footprint. I’m on track to cut even more from my own.

Most changes saved money and were quick and easy to implement once I’d done the research. The final two take planning because they’ll cost up-front, although they might save money long-term.

I’ve seen other changes during my Carbon Diet.

Climate change isn’t coming. It’s here. Drought, fires, floods and smoke. Everyone was affected by the summer of horrors. But there’s been good news, too. The ACT now has 100 per cent renewable electricity. Canberra no longer runs on coal. Toss around a lump of that next time Parliament sits.

I’ve also realised that it’s not up to individuals or industry to deal with climate change. It’s not even up to governments. It’s up to all of us.

I’ve set up a recycling company to help build the green economy. I’ve also joined politics because I’ve seen what a Green voice can achieve. I urge you to act, too. Cut your carbon footprint and do whatever else you can to tackle climate change. Speak up in your home, your school and your workplace. Change your industry. Go to a protest. Contact your local politicians.

Most of all, don’t be afraid. We have the ability, the technology and the information to deal with this. We simply have to get on and do it. If we make good choices today, we’ll create a better world tomorrow.

TheSilver - 9 hours ago
I'm not. The only two real world usage studies I mentioned predate what's happening now. View
Jacob Mulholland - 9 hours ago
The vaccine isn't a shield or a cure. You can get the flu vaccine but still get the flu, just not as much as compared to some... View
chewy14 - 12 hours ago
JC, Definitely agree with that, testing in those high risk settings should be a given.... View
Breaking 1

What Andrew Barr would have included in PM’s climate plan