The face of the Mitchell Brothel Blagger 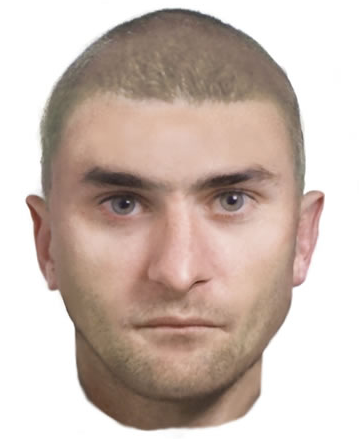 ACT Policing has released the image of a man who is alleged to have been involved in the robbery at Pretty Woman Studio in Huddart Court, Mitchell last month (Tuesday September 6).

About 9.15pm three men entered a business premises in Mitchell. The men followed an employee to the rear of the premises, where one of the men punched the employee in the face. The three men then went to the main office where they confronted the manager.

The men demanded money before punching the manager repeatedly about the face and head. The manager handed the offenders a sum of cash before they left the area.

As a result of the incident, the manager suffered a number of facial injuries.

One of the offenders is described as Caucasian, around 30 years of age with a muscular build. He is about 165cm (5’5”) tall, with blond, short hair and a fair complexion. He was wearing a white hooded jumper.

The male is believed to drive a late model, blue, single cab utility with an aluminium tray.

Anyone who could assist in identifying the vehicle and the offenders is urged to contact Crime Stoppers on 1800 333 000, or via the Crime Stoppers website on www.act.crimestoppers.com.au. Information can be provided anonymously.

I think you’re on the drug that killed his brother 😉

Monobrows usually don’t think they have a problem, so he won’t probably won’t be there on his own account.

Perhaps the police could get him plucked after they arrest him.

And yes, he does look uncannily like Commander Shepard.

You do realise it’s a facefit don’t you? Do you really think it’s like the movies where the witness sits down with the artist at the time of the incident and the sketch is knocked out in 5 minutes?

My first thought when I saw the image was ‘damn. these images have come a long way since the identikit days’. I guess there is a trade-off between awesome looking pictures and the ease of identification and the lag between the incident and the publication. 3D models would I assume take even longer?

OMG your a women and you play SciFi computer games!!! You are the perfect women.

You do realise it’s a facefit don’t you? Do you really think it’s like the movies where the witness sits down with the artist at the time of the incident and the sketch is knocked out in 5 minutes?

just annoys me when they could easily release this straight after the robbery. or in the case of a servo store hold up, they have the footage and culprit’s face on tape, but we never see it until weeks later.

just annoys me when they could easily release this straight after the robbery. or in the case of a servo store hold up, they have the footage and culprit’s face on tape, but we never see it until weeks later.

Rauny Worm - 11 hours ago
Tom Porter ..there is a youth specific faculty but only for emergency treatment not for therapy. There are still so many gaps... View
News 6

Jacqui Donegan - 12 hours ago
Cooleman Court could (again) be a wonderful local precinct ... but it’s a mess - no parking, scrappy streetscaping, and a s... View
Angela Davey - 15 hours ago
Why not open shops in Coombs. Wright Denman Prospect before building more car parks. View
News 9

Conrado Pengilley - 13 hours ago
And how big is your risk fund on your investment property? View
Ashley Latimer - 1 day ago
Imagine investing in property and not having a risk fund set up lmao View
News 35

Chris Kubank - 15 hours ago
Lauren Ogden well said View
Randy Goldberg - 22 hours ago
Domenic Fabbo three to six months or more. Basically, it'll be in place (if not stronger measures) until there is a working v... View
Lauren Ogden - 24 hours ago
It is a shame that these stories are provoking aggressive reactions when we could be working together as a community. "One st... View
News 18

Chief Minister Andrew Barr has labelled anybody considering heading to the South Coast as ''extraordinarily selfish'' in the current health...
Property 43

@The_RiotACT @The_RiotACT
It’s a long way from Young to Nashville, but 17-year-old Harry Cleverdon has been selected as a finalist in the 2020 International Songwriting Competition & you can vote for him in the People’s Voice award https://t.co/4EQKs7bIfT (1 hour ago)

@The_RiotACT @The_RiotACT
After a summer we’d probably rather forget, it’s time to turn the clocks back one hour as daylight saving ends https://t.co/JE6xNqRFsZ (3 hours ago)