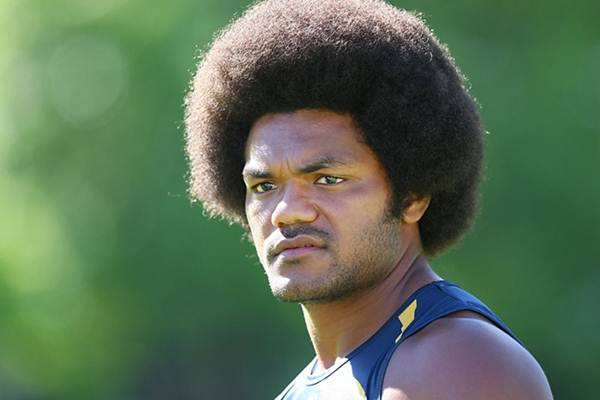 After growing his hair for almost two years, Brumbies and Wallabies winger Henry Speight has decided that ‘the fro must go’ in the name of charity.

Henry is a supporter of the Walk On, Walk Strong (WOWS) Foundation, a charity in his home country of Fiji which supports children with cancer and their families.

“Anything to do with cancer has always been close to me and I’m blessed to be in a position that I can raise some awareness,” he said.

Henry is looking to raise $10,000 for the foundation and, if that goal is reached, he has agreed to shave off his famous fro on his return from Spring Tour with the Wallabies. In addition, the person who donates the most will earn the right to be Henry’s hairdresser for the day and do the shaving themselves.

To donate to this important cause and to see Henry lose his fro CLICK HERE.

To follow the journey on social media use the hashtag #thefromustgo.

Nada Krstin - 7 hours ago
Redmond Herrington OK, since covid has been a GLOBAL pandemic and vaccines have been available and approved for at least 18 m... View
Opinion 48

nadine - 9 hours ago
"Mr Barr said the ability to travel interstate ... would be entirely subject to border decisions made by other states" Given... View
kenbehrens - 10 hours ago
Vaccines offer protection against severe infection and in most cases, death. It doesn't prevent people contracting Covid, get... View
kenbehrens - 11 hours ago
Sam, With respect, you appear to be poorly informed. Flu typically kills the elderly or those with health conditions. It is a... View
Sport 19

Dave Horsley - 9 hours ago
How would a club like Penrith convince quality players to travel 6+ hours every week plus training when they could just join... View
Sione Nonehh Taufui - 9 hours ago
Sione Taufui ouaaa 😂😂😂 party party... View
Opinion 3

James-T-Kirk - 10 hours ago
Nah... it's Canberra Avenue. It needs a grand covered entrance. A couple of traffic lights and some turning lanes. Who cares... View
Dilkera - 12 hours ago
Absolutely ludicrous to have a grand drive in entrance on Canberra Avenue, which is long past being a grand avenue. It is a c... View
News 19

One ‘fro to go, please: community advocates go short to fundraise for DVCS

@The_RiotACT @The_RiotACT
Get your votes in for the people's choice award in the inaugural National Capital #Art Prize, an annual award for #Australian artists that aims to showcase Canberra as a cultural hub https://t.co/aT9nII8kTX (9 hours ago)

@The_RiotACT @The_RiotACT
It's war at Murrumbateman, where a particularly assertive #magpie has it in for #winemaker Bryan Martin - and he has the video footage to prove it https://t.co/wuXWsjvgdt (10 hours ago)

@The_RiotACT @The_RiotACT
The iconic #BatemansBay Bridge is almost completely gone, all that remains is a few piers rising from the water https://t.co/1k3VBOuBMt (11 hours ago)