Inspired by the Diy Wotz On Guide Owen ventured out to the Hall Ute Competition and Family Day and sent in this report:

Not bad, it was a nice day and this was the fourth competition that has been run at Hall. A lot of serious money tied up in some of the utes and as far as I could tell, all owned by enthusiasts with the bug to show their car. Here are a few shots. 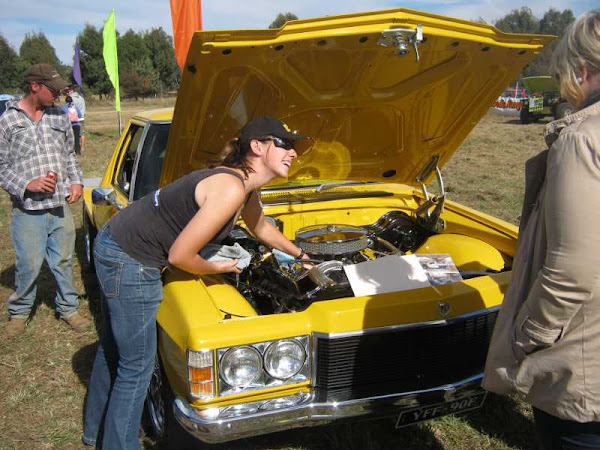 Kylie with her WB one tonner entered in the chicks as well as straight section. She bought her car in 2006, showed it nine months later and has be showing it ever since. Nice, clean, and well looked after ute. 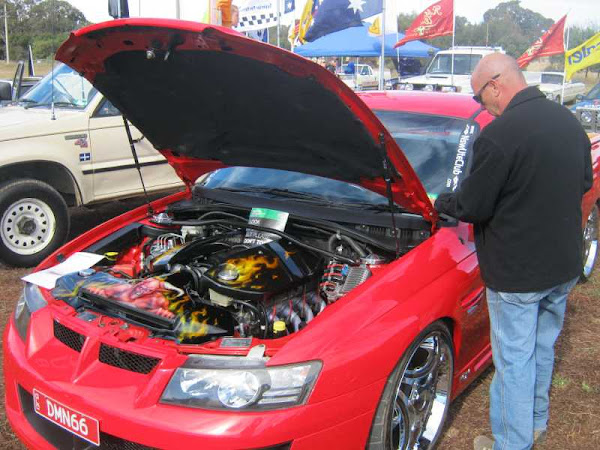 They came from everywhere, but Alan must have come the furtherest, Townsville to show his 2004 Holden in the street section. This car had the most fantastic paint job, absolutely immaculate. In conversation, he said it was this ute, or another wife. He went the way of the ute. No sound yet, and another nine grand to bring it up to spec! 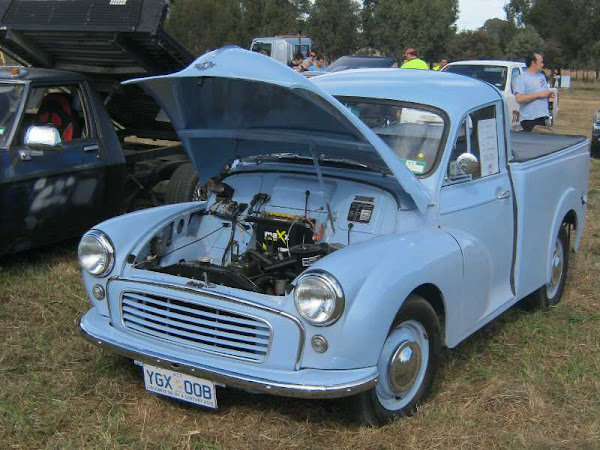 One of the local entrants in the original restored section, was Brian from Mawson with his 1962 Araluen Blue Morris Ute. It had taken him years and a lot of heartache to get this faithfully restored. Lovely job and was one of three restorations, the other two were a 1920 T Model ford ute (probably in the restored modified section) and a 1947 International Light Truck.

Guess there were 50 utes in all, probably a few hundred people. There were bands, singers and food, and the profits went to the Snowy Hydro SouthCare chopper which turned up in a swirl of dust at the start of the show. 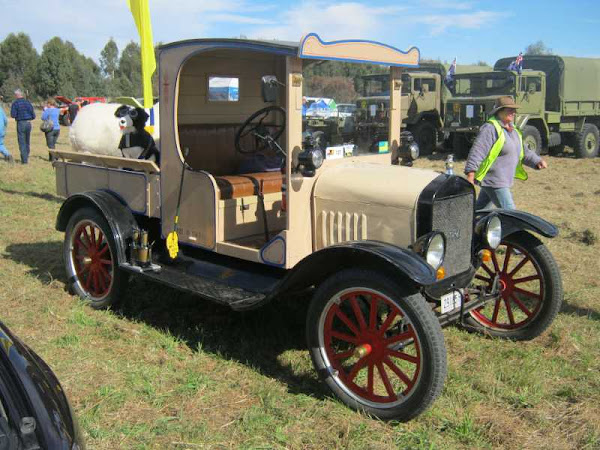 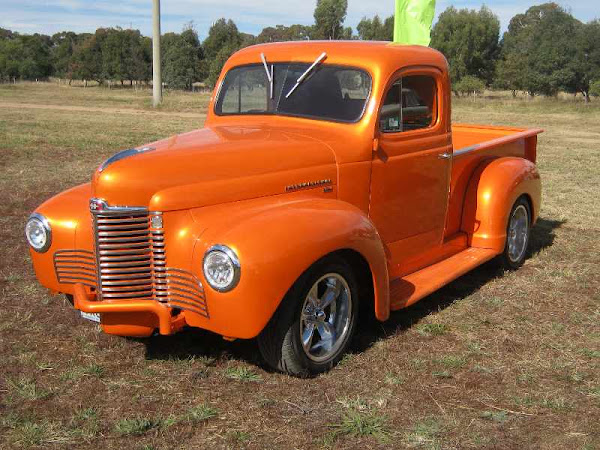 I’m glad to hear that Kylie entered in the chicks as well as straight section.

Sashika Mendis - 57 minutes ago
People have found the Canberra gem and there’s been a lot of interstate moves lately. Good for them. Canberra is the best! View
Elizabeth Ann Thurbon - 1 hour ago
Kate Bee I don’t know the figures on that sorry View
Tina Maree Williams - 2 hours ago
My other half and I saw the writing on the wall when the eyesore of Whitlam increasingly impinged on our view driving down Wi... View
News 1

chewy14 - 1 hour ago
I think it's unfair that people who work more years than I do, in jobs that pay more than mine does, end up having more money... View
Opinion 66

Brad Kelly - 12 hours ago
Seriously if they all go the Canberra raiders have depth... yes they will not win a GF and that’s ok 😮 it’s a game ...... View
Maree Hillery - 14 hours ago
Richard Willcoxson pretty soft. Where's their loyalty. View
News 11

Marc Edwards - 12 hours ago
Maybe the Berra Party View
Paul Leins - 13 hours ago
Sure, just bet a former liberal will be a real check to his mates in the liberal party 🙄 View
Michael Ilsley - 13 hours ago
Glad to see him engaged in the community after the tragic loss of his son. View
What's On 1

Rachael Lizars - 14 hours ago
Aaron I’m working so you’re up. It’s been a nice 13-ish year run for you 😋 View
Business 3

Ian Lindgren - 15 hours ago
These comments by the The ACT Minister for Industrial Relations and Workplace Safety Mick Gentleman mean that it’s time all... View
Property 35

rossau - 16 hours ago
Commandeering all land and rental property is no avenue to request the government to financially support the practice. Get ou... View
show more show less
*Results are based on activity within last 7 days

A huge family home in Florey has sold at auction for $1.6 million, setting a record for the Belconnen suburb....
Opinion 74

When I was a child, my family went to church every Sunday. We would have been outsiders if we didn't....
Opinion 74

Country fun and games at the Araluen Sports Day

@The_RiotACT @The_RiotACT
A 26-year-old from Denman Prospect blew a kiss to a supporter via video link as he was granted bail after being accused of operating in the high end of the drug distribution network https://t.co/6Ihdl3o677 (44 minutes ago)

@The_RiotACT @The_RiotACT
Families are looking to more affordable areas such as Wanniassa, which is pushing prices sky high. This home set a new record for the suburb when it sold on 5 May https://t.co/gtwRTTFPKe (1 hour ago)

@The_RiotACT @The_RiotACT
The Canberra Hospital Expansion project start is within sight. Will it deliver the goods, and on time? https://t.co/VlDl3D7QxQ (3 hours ago)