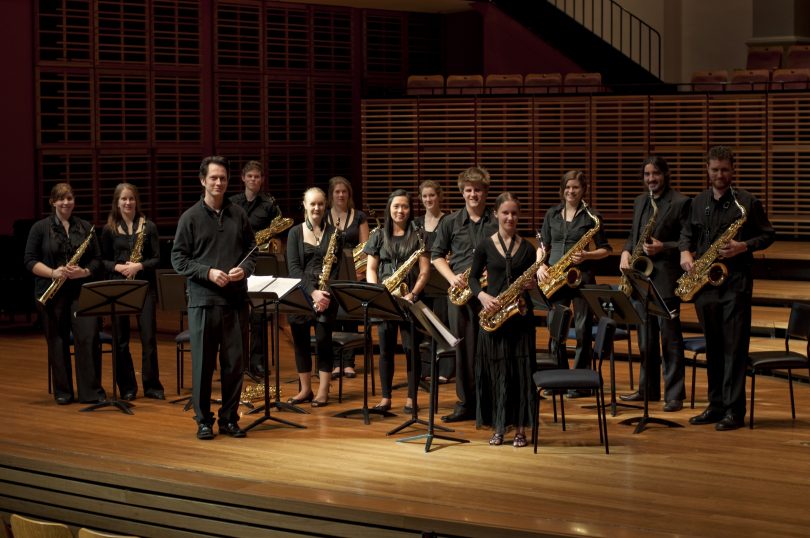 The Sydney Conservatorium of Music Saxophone Orchestra will perform at the National Portrait Gallery on Thursday night. Photos: Supplied.

The National Portrait Gallery and its ‘wall of sound’ will host a rare performance tonight (Thursday 17 May) when a 12-strong saxophone ensemble presents an hour of Australian music, including a world premiere from Canberra-based composer, Natalie Williams.

The 6.30 pm performance is the first Australian Series concert for 2018, a creative collaboration by the Canberra Symphony Orchestra and the NPG.

Portraits at an Exhibition will feature one hour of Australian compositions voiced by the unusual yet powerful tones of the Sydney Conservatorium of Music Saxophone Orchestra.

The ensemble of 12 saxophones – soprano, tenor, alto and bass – will play the works of established composers such as Elena Kats-Chernin and premiere newly commissioned Australian works.

Williams, whose work for the inaugural Australian Series concert last year stole the show, says her work, Arcana, is a piece about the “hidden, the secret and the withheld, music about the unknown stories behind people’s experiences and unique life journeys.”

She promises a dynamic and emotional listening experience, that puts the audience literally at its centre.

“It will be very unique concert experience for them.”

Contributing to that experience will be the venue itself, with the NPG foyer providing a very reflective, echoing space due to the hard surfaces of glass and concrete in the building.

“The sound is beautiful but very, very deep and resonant,” Williams said. 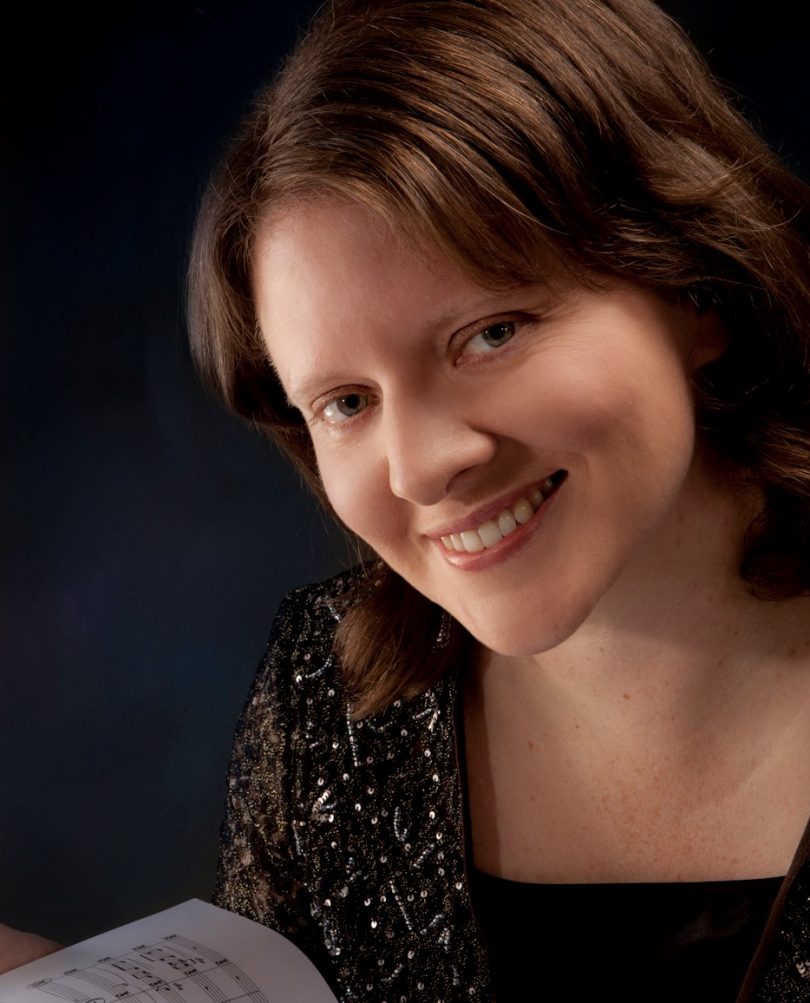 Natalie Williams’ work Arcana will be performed for the very first time at the National Portrait Gallery.

Arcana has three movements and she has split the saxophone sax ‘choir’ in different ways for each movement which Williams says creates a special or sonic experience for the audience.

“It’s a nice way to explore the sound of the saxophone. I was looking for a unique way to do that beyond a series of chords, looking to be inventive with the music in this special way,” she said.

At the heart of Williams’ composition is emotion – “emotion is what I do.”

“I like to provide an emotional experience that they connect with in their own way,” she said.

“If I can move people and take people on a sonic journey that’s what I really want to reach, their emotions and memories.”

Williams is a distinguished composer whose work has been commissioned and performed by international ensembles and orchestras. Her orchestral works have received critical acclaim including the premiere of her first symphony Our Don by the Adelaide Symphony Orchestra in 2014, a multimedia tribute to Sir Donald Bradman.

NPG curator and compere Dr Matthew Hindson said: “The National Photographic Portrait prize showcases individuals and groups within both typical and unusual environments. In much the same way, the first concert of the Australian Series explores portraiture from a musical perspective.”

This concert is part one of three in the Australian Series which is committed to showcasing high-quality Australian music and instrumentalists in collaboration with the finest portraiture art in the country.

For more information and tickets, click here or call CSO Direct on 6262 6772.

An awesome evening with such gifted & talented musicians led by Dr Michael Duke whose solo was inspiring!!!

Sorry I missed it, any chance of it happening again?

A wonderful evening of exceptional music.

Rowan Hartcher - 3 hours ago
Alan Hopkins like wise View
Peter Quinn - 4 hours ago
So when can we celebrate colonisation????. Whatever day is nominated it will always be contested View
Alan Hopkins - 4 hours ago
its not that hard to change the day. just do it... View
Opinion 24

Bradley Heanes - 5 hours ago
Didn't the defence department already appologise for this? (Even though they were assisting the RFS at the time) Didn't they... View
franky22 - 8 hours ago
Why can't the ADF simply state that they made a mistake. View
News 21

Julie Macklin - 9 hours ago
Mark Katalinic Likewise why not use the roads for car racing? No, silly suggestion, as is yours. View
Julie Macklin - 11 hours ago
Tim McMahon Well, mine hasn't had a check since they closed the government registration check in Dickson years ago. Yes the c... View
Tim McMahon - 12 hours ago
Julie Macklin every year mine gets done thanks View
Sport 3

Magpie Allan - 11 hours ago
Undoubtedly the two icons are among two of the greatest men you’ll could ever meet.... View
Breaking 5

Tramcar Trev - 11 hours ago
Simple do what other regions do, use local volunteers to staff the visitor centre. View
show more show less
*Results are based on activity within last 7 days

Portrait Gallery to resound to the power of percussion dynamo

@The_RiotACT @The_RiotACT
Red & purple are the new black according to a group called the Red Hatters who provide encouragement + empowerment to women in Canberra https://t.co/nuHKJ26rGA (1 hour ago)

@The_RiotACT @The_RiotACT
Can you see yourself relaxing on the deck of this lovely Lilli Pilli home? The stunning elevated property offers the perfect opportunity to kick back & enjoy life https://t.co/exzSAWdrIG (2 hours ago)