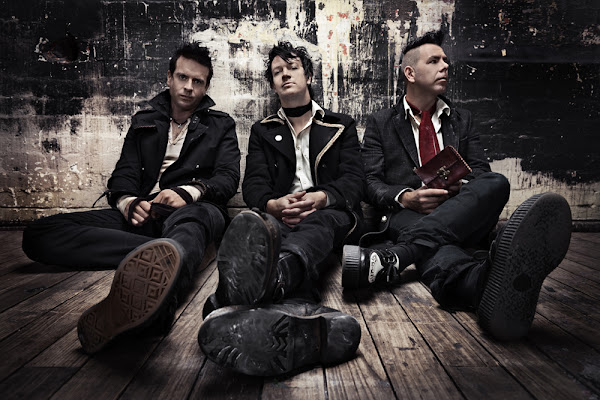 Summernats have announced they’re having a Living End concert to add some entertainment grunt to proceedings:

Australian punk rock and psychobilly icons The Living End will be rocking the Main Stage at the Canberra based Street Machine Summernats, the largest horsepower festival in the Southern Hemisphere, after an announcement made today by the event owners.

On the back of a highly successful Summernats 26 in January this year, which attracted over 100,000 avid car enthusiasts over four days, Summernats 27 is set to be bigger and better than ever.

With more acts yet to be announced, the Living End are a great win for the iconic Aussie car festival, which has featured acts like The Hilltop Hoods, Rose Tattoo, The Screaming Jets, Drapht and Children Collide in recent years.

Their staff will be dying in the end if they keep blatently driving their silver Mercedes van through red lights as I witnessed at Northbourne and the Barton Hwy this evening. They’re lucky the bus saw them before moving off.

They’ve finally got a quality band at Summernats,who woulda thought?

JC - 14 hours ago
The paper is still going to be made. View
Rebecca Hosking - 18 hours ago
Jane Larkin Naomi Feuerherdt Kim Beaumont This is a bit sad 😥 Remember our team photos on the massive reams of paper 😊... View
Acton - 1 day ago
A local paper that has a rabidly biased weekly column from a once amusing but now worn out journalist who intentionally and r... View
News 6

In a recent RiotACT column on banksias, I mentioned black-cockatoos in passing – and nearly all the subsequent comments focussed...
Opinion 28