The many ways to present a glowing budget 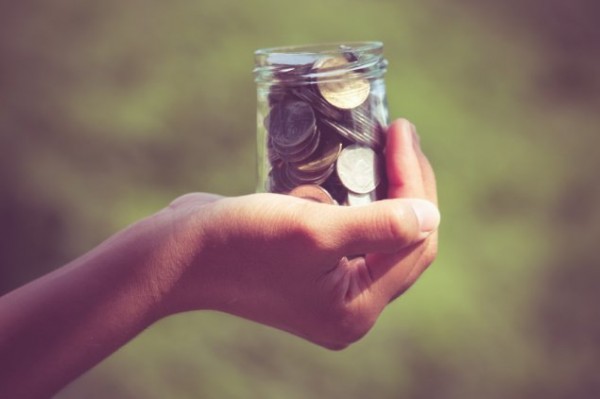 On September 14, the ACT Treasury released its pre-election budget update. The document is intended to advise electors about the state of the Territory’s finances so that they can take this important issue into account in determining their vote for the approaching Territory election.

Unhappily, the update – through no fault of the Treasury – makes the ACT financial position look much healthier than is believable. A more helpful document would have plainly stated that the ACT is already spending more than it can afford. And it certainly cannot afford the election “promises” and plans made by the three major parties. Indeed, those three political parties have culpably misled voters by making promises that just cannot proceed without significant taxation increases.

One of the weakness in the pre-election update – one mimicked in the ACT’s 2016-17 budget – is the assumption that the ACT economy “will return to trend levels of growth” in the period 2017-18 through to 2019-20. The ACT Treasury said this is the usual practice adopted by forecasters. It is true that the Commonwealth uses the same assumption for its budget forecasts. It is also true that the Commonwealth was widely criticised for using them, given current economic conditions.

The assumption that the ACT’s economy will return to trend levels of economic growth is plainly wrong. The Reserve Bank has already indicated that Australia’s future trend level of economic growth is likely to be measurably lower than past levels. It will be a long time before business investment in Australia replaces recent boom-time levels of mining investment. And as the IMF and the World Bank confirm, the world economy has shown no signs of recovering to past levels of growth, burdened as it is with indigestible debt.

The assumption that the ACT economy will grow at past trend rates from 2017-18 means that the Gross State Product is assumed to be 2 ½ per cent per annum rather than 2 per cent, and State Final Demand is set at 4 per cent a year instead of something less than 3 per cent. The consequence is that actual revenues will likely be substantially lower than those published in the 2016-17 ACT budget and repeated in the Treasury update.

At least Treasury told readers that its revenue projections are not based on best estimates. That observation is more than a hint, it is a warning – one ignored by the major parties – that the budget outlook for revenue is more hopeful than accurate.

According to published reports by adjunct Professor Khalid Ahmed, a former senior ACT Treasury officer, the update also includes dividends that assume the regulator will approve large real increases in water charges. The update also assumes that Mr Brendan Smyth’s appointment as Commissioner for International Engagement will be costless because of as yet undetermined offsetting savings. Neither of these estimates is sound: optimal budget practices would not have assumed uncertain increases in water charges or counted unspecified savings.

The update also lists a number of announced or expected programs for which the government has provided no forward funding provisions. These include the preparation costs for the Government’s proposed extension of light rail to Woden. Similarly, there is no funding for increased school enrolments (even though the Government expects an annual increase in population of 1½ per cent), for providing certain infrastructure for land development (even though the revenues from the sale of that land are included in the budget) and for the running expenses of the hospital being built at the University of Canberra.

The Treasury has not provided any estimate of the budgetary impact of these shortfalls in provisions but it has at least warned us of the problem. The consequences for the budget are likely to be substantial.

The Treasury update identifies about $38 million of spending on long-standing programs that have no provisions after the end of this financial year. If all were extended for the forward estimates period, the operating deficits for that period would increase by $120 million.

The publication identifies 45 announced capital work projects for which there is no funding. These include: foreshore parking in Kingston; Upgrading ACT Notifiable Diseases Database; Conservation Management Plans for Heritage Assets; Stormwater, Hydraulic and Utility Services for West Belconnen; and funds for the Molonglo and North Gungahlin Schools. Most of these announced works appear to be non-discretionary.

Health of the ACT Budget

We can set aside the weaknesses in methodology and assumptions in the Pre-Election Budget Update (and we can ignore mistakes in tables which wrongly magnify by a thousand the size of the ACT debt and deficits) because the Labor Government’s budget never was a product of a fiscally shrewd government.

The Barr Government is already spending more on operations than it is collecting in taxation. The accumulated operating deficits for 2016-17 and the following three years already approaches $1 billion. Bringing this under control would require revenue increases or spending cuts amounting to about $2,500 for each ACT resident.

The one certainty in the Treasury document is that ACT residents currently have net debt approaching $2 billion and our net financial liabilities are around $5 billion, $12,500 for every man woman and child. This means voters should not believe that any of the three major political parties will deliver their promises. More to the point, it suggests that these major parties are unbelievable.

Tony Harris is the former NSW Auditor-General and a co-founder of Canberra Community Voters, a party running in the upcoming ACT election.

On WIN TV last night when Mr Harris asserted “If they’re elected we don’t think that their promises will be delivered because they can’t afford it,” Chief Minister Andrew Barr’s dismissive response was “…completely wrong”…..”ignorant”. Mr Barr is notorious for his arrogant criticism of residents over 34. His distaste for the forensic analysis which auditors deliver is also apparent. The signs are out there; Times up Barr – you’ve gone too far.

The Act Budget is always going to balance “over the cycle”, but the “cycle” is never specified, and so it’s never the right time to tighten the belts – that’s always something, at best, for the indefinite future.

when the Labor/Greens finally get booted out and we can get a REAL look at the ACT’S books we will be lucky to have a jar shrapnel.

Well said and articulately and concisely states what many on here have raised in the past re skyrocketing Annual Rates, financial sustainability of election promises (by both parties), the b$1.78b cost of the tram stage 1, the non costed/non funded promise to sign contracts before 2020 for tram stage 2 from Civic to Woden, the affordability of all tram stages (est. cost to be b$14) and the ongoing financial viability of this megalomaniac ACT Labor/Greens Government.

Territory expenditure has to live within – or near to – its revenue. Or else all Ratepayers will pay dearly – or much more dearly than they already are.

HiddenDragon - 47 minutes ago
The report aired on ABC Canberra news tonight about the devastating impact of the hailstorm on important crop resilience rese... View
News 12

Rohit 'Swarley' Singh - 5 hours ago
The old demand a 50 upfront then charge you cause you're cooked again View
Buck Johno - 18 hours ago
From what I remember of night rider busses it was only over summer. View
News 7

theroundone - 9 hours ago
Who's getting punished, though, asides from law abiding rates payers in this city? A racial or sexist epithet is treated more... View
Capital Retro - 23 hours ago
Violent home invasions targeting keys for owners' luxury cars are now out of control in Canberra. Very few details are subjec... View
Food & Wine 1

@The_RiotACT @The_RiotACT
Multicultural Eats: Where to find the best Indonesian food in Canberra https://t.co/v5lPRYRs5P (24 minutes ago)

@The_RiotACT @The_RiotACT
The ACT Government's about to launch its biggest-ever domestic tourism marketing campaign. What experiences would you promote to Australia? https://t.co/Oe3GbmEsGw (2 hours ago)