The Most Wuthering Heights Day Ever, with Kate Bush's Canberra cousin 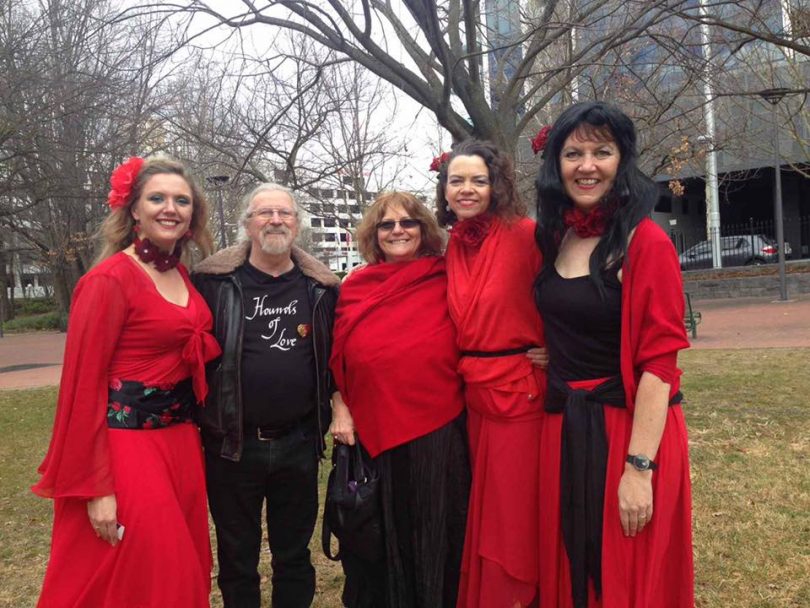 If you come across the Most Wuthering Heights Day Ever in Glebe Park this Saturday, you might think you’ve stumbled into a bizarre MTV time warp.

A hundred Canberrans, male and female, dressed in flowing red dresses, many of them with long black wigs, heavy makeup and flowers in their hair will be giving it their all dancing to Kate Bush’s 1978 hit, named after the Emily Bronte classic.

But there’s a hitherto unknown Canberra connection: it turns out that the iconic singer’s first cousin is none other than Phil Robson, a leading light of the Hall Rotary Club and the Hall Village Historical Society and Museum.

Brooke says that the Robsons have been very supportive of the Canberra event, one of the dozens that take place worldwide.

“My mother and her mother were sisters. They both came from country Waterford in Ireland, ended up in England and married,” Phil says. “We migrated to Australia in the early 1950s but returned in 1958, the year when Kate was born, so we first met her as a baby.

The family relationship ebbed and flowed over the successive years, but was rekindled on her father’s death when Phil and wife Yvonne visited for the funeral. “It was a great traditional Irish wake at the farm with people playing violins. They’re a very musical family and of course, there were plenty of Kate’s music connections.”

Kate Bush is now 61 and somewhat reclusive, although she’s released two albums in the last decade or so. “She’s a cult figure,” Phil says. “She’s highly regarded in England where she’s a household name and the association with the dance events is a really nice positive thing.” 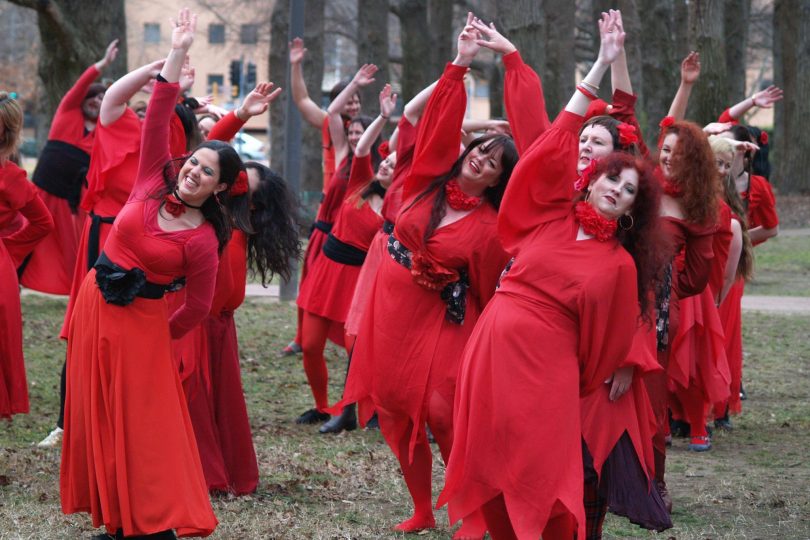 The Most Wuthering Heights Day Ever lets you unleash your inner interpretive dancer and raise funds for the DVCS.

The Most Wuthering Heights Day Ever began in the UK as a piece of performance art at the Brighton Fringe Festival by a group called Shambush. In 2016, the idea that this was a fun thing to do blossomed into an event for a cause around the world.

The Most Wuthering Heights Day Ever now takes place in 40 cities across Europe, North America and New Zealand and in each destination, it raises money for a charity that provides services for women.

Thomas says that quite a few men have taken part each year and that there are absolutely no limitations on age or gender. Brooke runs a series of rehearsals to learn the dance and that also builds a sense of community and participation.

“People are very brave,” she says. “It’s scary at the best of times to be dancing in public, especially if you’re not a performer.”

This year, the event aims to raise $3000 for DVCS and Brooke says they are two-thirds of the way there. But getting your Wuthering Heights on in Glebe Park is also about building community. “Events like this create the opportunity to be as welcoming and inclusive as possible.

“The joy that comes from that on the day is just fantastic”.

The Most Wuthering Heights Day Ever happens in Glebe Park on Saturday (13 July) at 10:30 am or alternatively in the Canberra Theatre foyer if the weather is wet. All are welcome to participate, please make a contribution to the Domestic Violence Crisis Service.

It was another fabulous dance in at Glebe this morning. Congratulations to all.

Brooke is a Belly Dancer.

Linda Jane do you know her? Xx

Yvonne Robson she was a director at my work.

The weather was certainly wuthering …