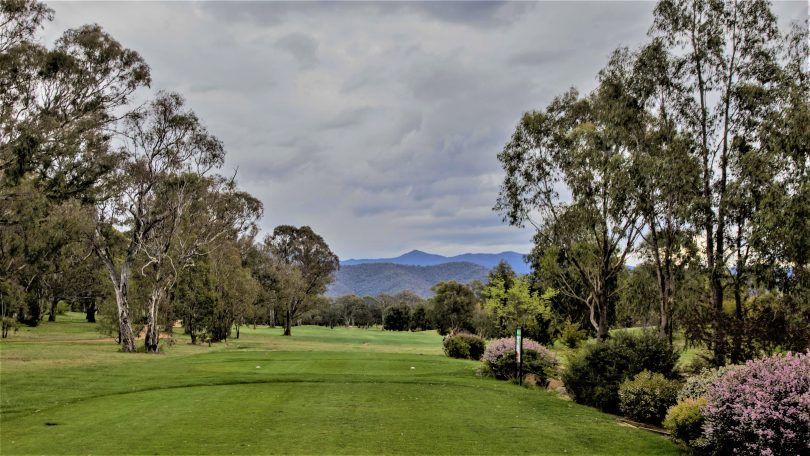 It’s been a tough few months for the Murrumbidgee Country Club, but there is hope that the golf course will be back to normal by October.

At the moment, half the putting greens are out of action after greens staff inadvertently applied a poisonous chemical to nine of the greens.

Club general manager Ray Duncan says it was hoped the grass would recover.

“We consulted a number of experts from the chemical companies about a rectification process. We thought we had saved it.”

But a heavy downpour dispelled this initial optimism and it was decided to re-sow the greens and undertake measures to assist the germination process.

“We have over-sowed a couple of times and applied a growth cloth,” says Ray.

During this process, the Club continues to operate normally by using temporary greens on the nine affected holes. 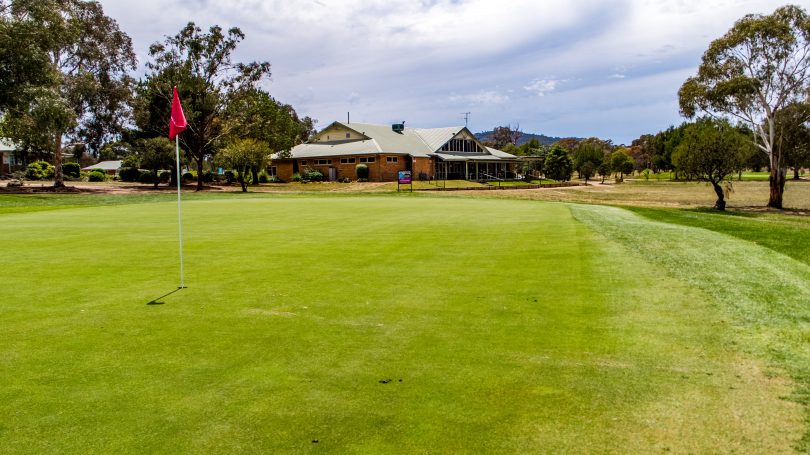 The club has steadily increased membership by around 5 per cent annually for the last couple of years, and the club hopes it can maintain these levels given the damage to the greens.

According to the club, there has been a surge in interest in golf, which is thought to be to some extent generated by the COVID-19 pandemic.

Membership currently stands at around 950 playing members and 100 social members.

It hasn’t been totally smooth running, though. Several events, including the two-day Murrumbidgee Open, have been cancelled.

“The members have been really understanding,” says Ray, “There have been a few who have been disgruntled. Ninety-eight per cent, though, realised it was a mistake and understand that things will return to normal around October.”

Ray is confident these public comments will help dispel rumours circulating about the club’s future, with some going as far as suggesting the course could close. 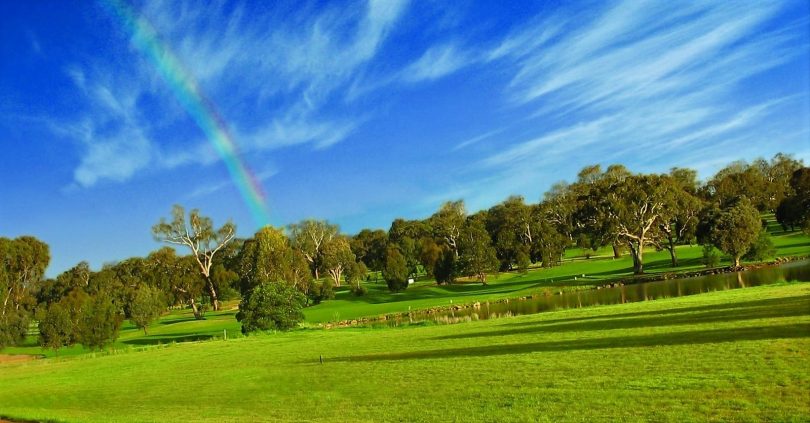 The Murrumbidgee Country Club will return to its former glory, hopefully by October 2021. Photo: Supplied.

“Nothing could be further from the truth,” Ray says.

“Not only have affected greens been re-sown, but we are also making some exciting improvements by transitioning the course fairways to couch grass, resulting in significant water savings. And we have a bunker renovation plan and cart path upgrades that will greatly improve the course over the next 12 months.

“These initiatives, in combination with the return of the greens in Spring, will have the course starting to realise its potential.”

Ray says while it was a shock when the accident happened, there is now optimism that by October the course will be back in full swing with a focus on the future.

You wouldn’t of done this Broccoli Hernandez 😂

They did this deliberately because of your impending threat to top the course record.

Steve Boege there goes ya club championship! Sabotage I say!

No discounts for the members for resigning is a disgrace. They have to play on a mediocre (at best) course for 6 months and still have to pay FULL PRICE .. DISGRACEFUL

Tim Van Der Vlist I'm not sure if you understand the economics of a member's club. The members own it. So yes, of course they have to keep paying, it's how the members pay for the recovery. It's not DISGRACEFUL, it's reality. If you don't want to support the club, don't be a member.

Irene Kelly greenkeepers made a mistake on the greens (in the article)..

Nathan Burraston - 6 minutes ago
Hugh Munro yes I had the Astra Zeneca. That's why I want to get on with it. People who have had 18 months of scaremongering s... View
Hugh Munro - 56 minutes ago
Nathan Burraston that's what the vaccination targets are for. It's impossibly to just stay home indefinitely. Have you been v... View
Peter Kenworthy - 3 hours ago
Grace Hayes yes you are 🤡 View
Food & Wine 14

Diane Clare - 4 hours ago
Lizzie Rose - we used to stop there for dinner on the way down to Broulee. Do you remember getting a lolly from the dolphin c... View
Community 3

MERC600 - 6 hours ago
Tis a sad thing. Have wandered in at various times over the last 30 odd years, and will miss the tav and Jenny and Gumby. Sti... View
John Coleman - 7 hours ago
Alicia Conley as long as your protest doesn’t delay my McNuggets order thanks View
Opinion 106

Dan Adams - 7 hours ago
Sign and share the petition to return the limits back to 60km. https://chng.it/chvTLkD8bc View
News 198

Dan Adams - 7 hours ago
Sign and share the petition to return the limits back to 60km. https://chng.it/chvTLkD8bc View
Community 23

bj_ACT - 7 hours ago
The Xpresso buses used to get people from Tuggeranong suburbs like Kambah and Wanniassa or Calwell and Richardson into Civic... View
News 24

@The_RiotACT @The_RiotACT
When it comes to collecting, we reckon there are few wiser than Canberra's Angela Plant. After all, she collects owls - a group of which is called a Parliament - such is their perceived cleverness (or the name's ironic) https://t.co/Bv0XLJgpNL (4 hours ago)

@The_RiotACT @The_RiotACT
The winners have been announced for a Father's Day scarecrow competition, with more than 600 votes cast on 51 colourful and creative entries. Take a browse through some of the entries https://t.co/BSQd7MWk8A (5 hours ago)