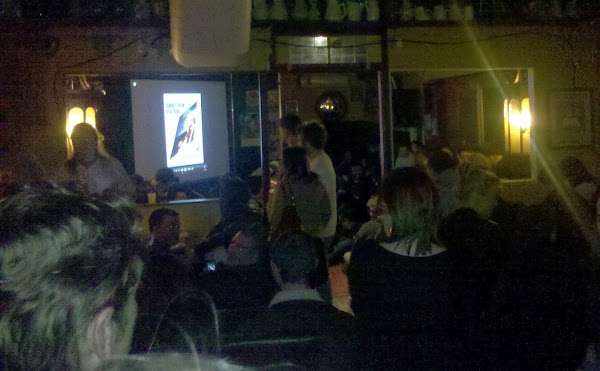 Last night The Phoenix was reconfigured as a cinema and worked surprisingly well for running a short film festival.

Packed on a Sunday night the crowd was treated to the variability that comes with these things.

Assiduous RiotACT readers would have recognised some of the videos, but many were new to us.

Personally I thought The Things My Father Never Taught Me by Burleigh Smith was worth a guernsey too.

The quality was frankly better than Tropfest, so interesting to see how that goes for future Festivals.

Here’s Konrad’s winning entry which seems to be the only one on YouTube: