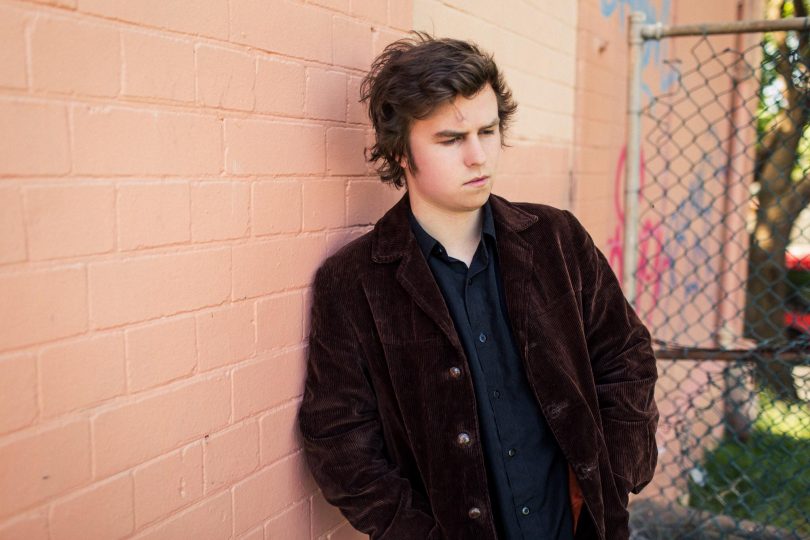 Pianist and singer/songwriter Tate Sheridan is on the road again, touring his new show “An Evening With Tate Sheridan” up and down the east coast in January and February. His latest EP, “Angel Man”, is available now. Check him out as he plays tunes from across his discography from 7 pm on Saturday at Smith’s Alternative.

Bringing “mellow dub grooves, heavy desert riffs and short bursts of angular punk”, Sydneysiders No Mandate will be playing with the three-times original Triply on Wednesday from 7 pm at Smith’s Alternative. On Thursday back at Smith’s, R’n’B fem-hop outfit from Melbourne, The Mamas, will be touring their new EP “Juicy”, taking the stage at 7 pm.

Friday night sees Novocastrians Dave hitting the road after working on their debut album with the legendary Steve Albini. They take the stage with Powder Blue and Kilroy at Transit Bar from 8 pm. Then on Saturday, check out the huge show happening at the Austrian Australian Club for Bucky’s Birthday Bash, featuring acts such as Shane Pacey, Chris Harland Blues Band, Key Grip and many more, starting from 2 pm.

Monica Tiffen - 24 minutes ago
They are so lovely, Butsome really worry me Swaying in the wind over Homes! View
Rowena May - 29 minutes ago
and when people express their concerns the govt says no you can’t cut them down….. but hmmm the Northbourne Ave ones were... View
Greg Myat - 42 minutes ago
Still it would be a shame to cut everything down due to a once in how many years event. View
Community 47

Peter Miller - 37 minutes ago
Peter Rudd agree agree agree. The govt needs to review street tree policy urgently.... gums are not a good choice. View
Zoe Lewer - 10 hours ago
Bob Foster yep. Us humans sure have made an impact. We are the problem. You are right. The day the people who were invaded ch... View
Joy Gosden - 10 hours ago
Yes. What were they thinking planting them in our suburbs. They drop limbs attract pests and stop grass growing around them.... View
News 319

Sam Oak - 7 hours ago
Don't know why they are complaining when they got their property at a discount due to its proximity to the sludge pit. This i... View
JC - 7 hours ago
Seeing as the pit (which is part of a stormwater pollutant trap) predates the first houses in the suburb by about 20 years I... View
Capital Retro - 12 hours ago
Good luck with that. I suggest you read up on "social disamenity" from waste odour and commence a class action against the AC... View
Sport 1