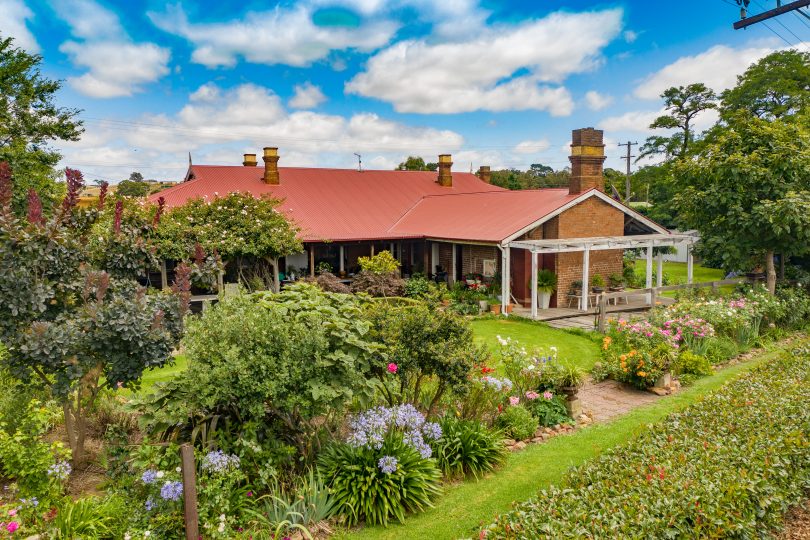 It’s hard to believe that this stunning home was once a watering hole for anyone and everyone. Photos: Ray White Rural.

If the walls of this one-time pub could talk, they’d tell stories of weary travellers, fully laden stagecoaches and even bushrangers who pulled up a stump at one of the best-known watering holes between Sydney and Melbourne.

Opened in 1878, the historic Royal Breadalbane Hotel has well and truly stood the test of time.

Situated just 12 minutes out of Goulburn, the property has since been converted to a house and recently renovated to an impeccable standard that will last the next 100 years.

Ray White Rural real estate agent George Southwell says once upon a time, the hotel was a famous watering hole for those in Goulburn and Gunning.

The current owner explains that almost everyone in Goulburn has a story to tell about the pub.

“Back then, you weren’t allowed to drink on Sundays unless you were a traveller, so people would catch the train from Goulburn, which is only 25 km away.

“Then, they’d spend the day at the pub before going home rolling drunk,” he said.

If only the walls could talk. 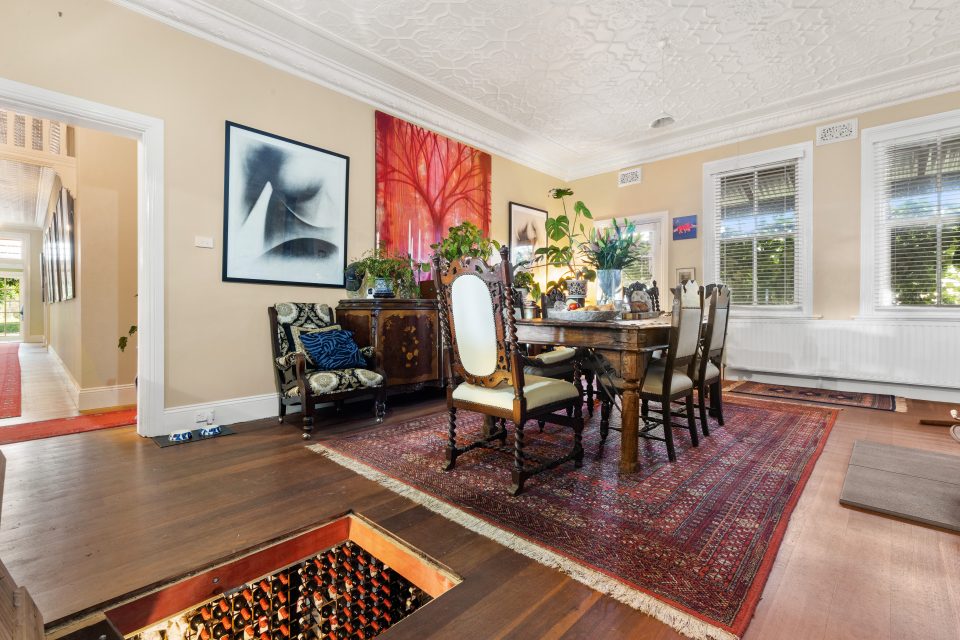 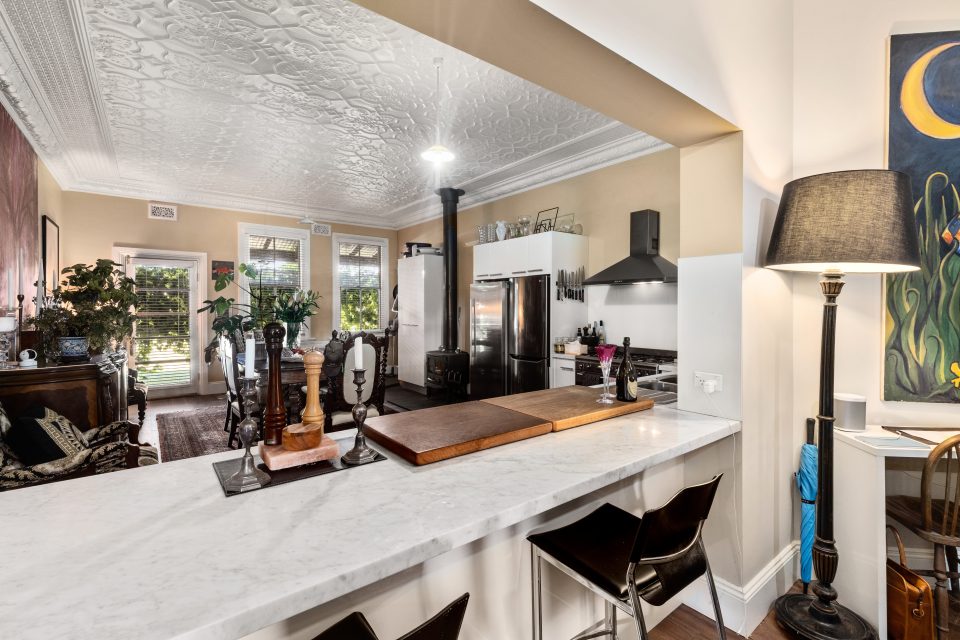 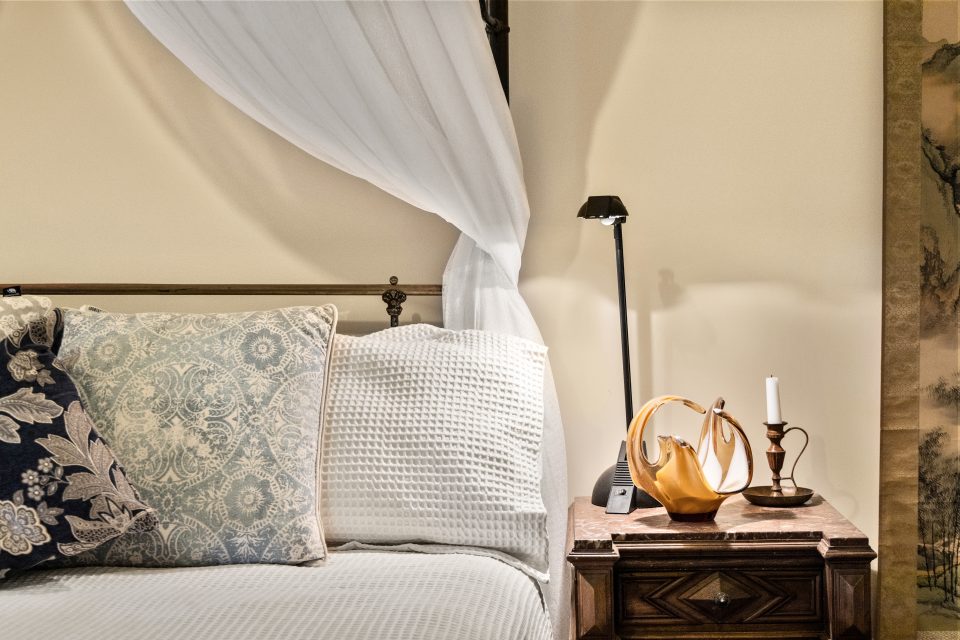 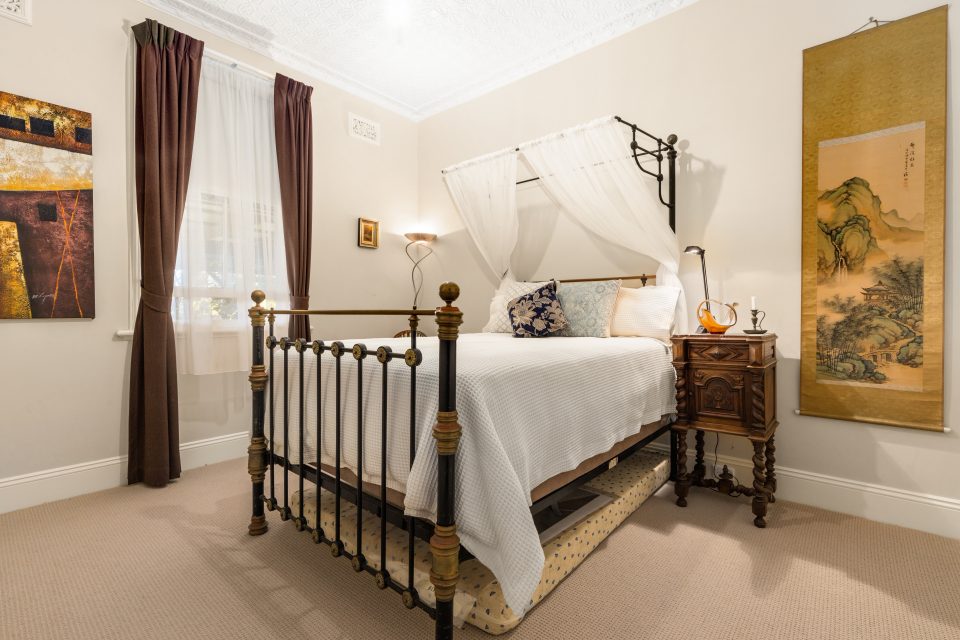 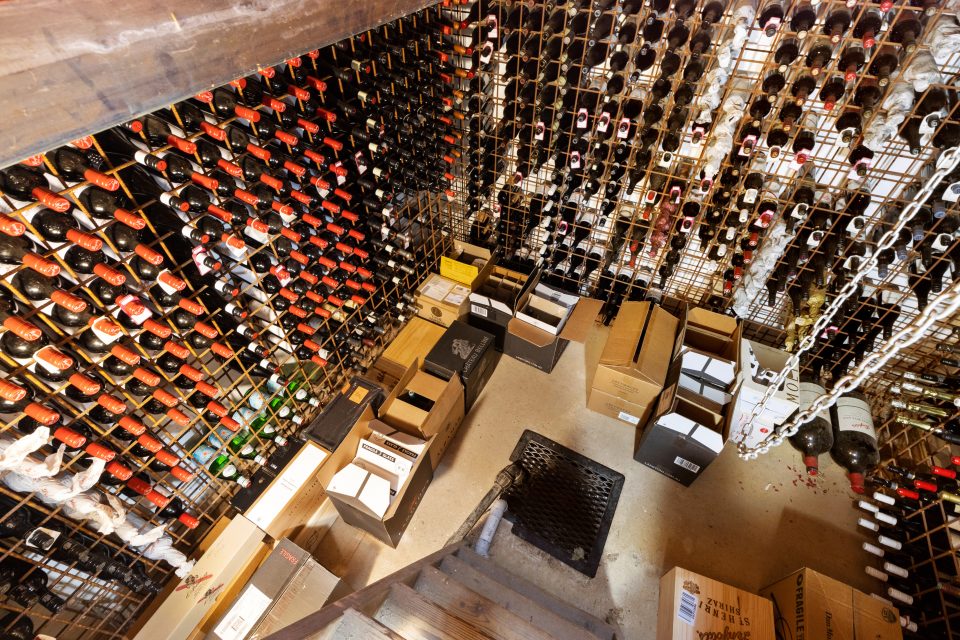 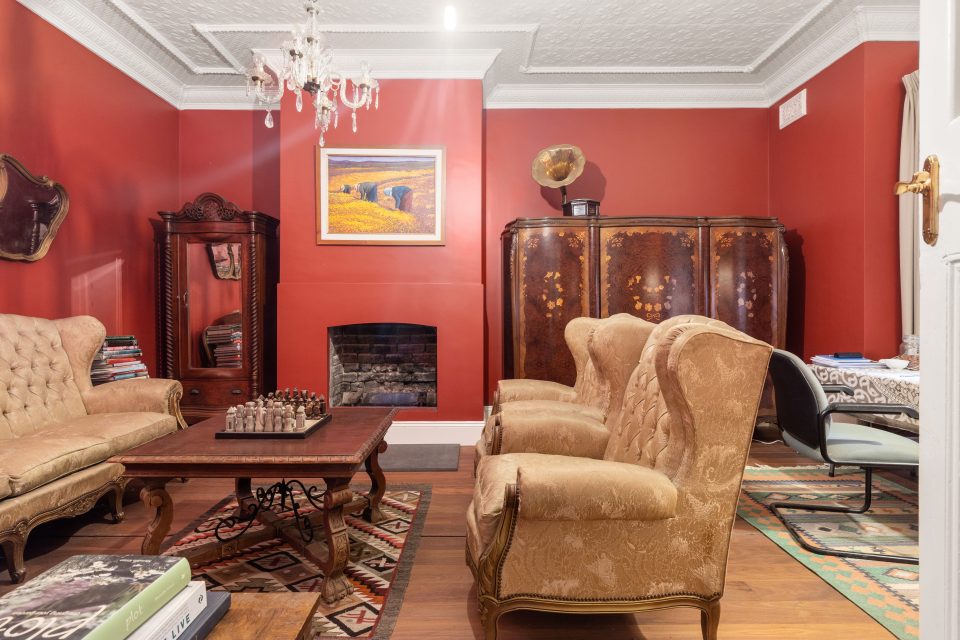 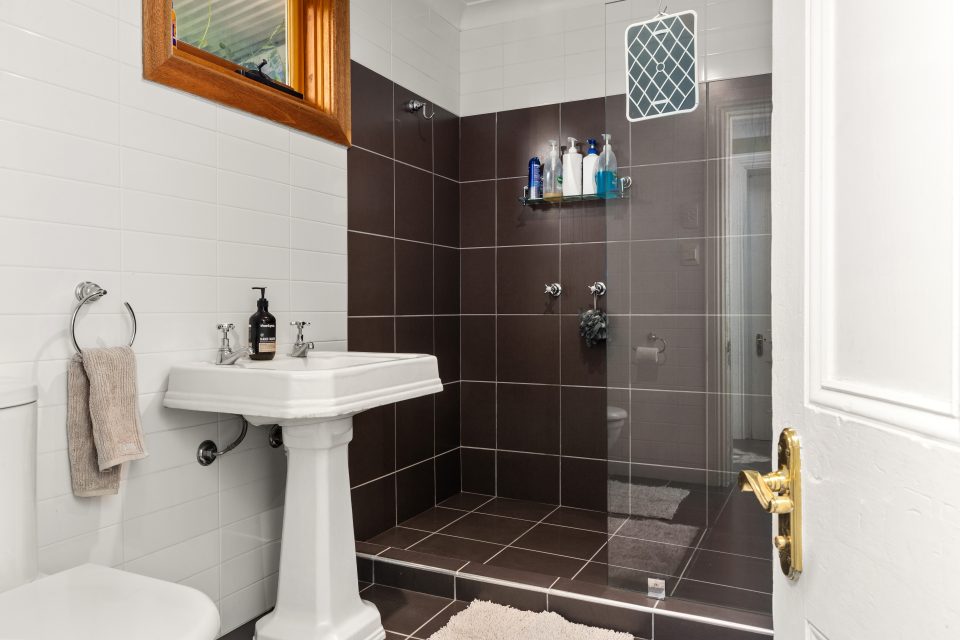 Careful renovations from the current owners have seen it re-roofed, re-wired, re-floored and re-plumbed, so there’s hardly anything left for you to see to once you’re in.

George explains that these kinds of properties simply don’t appear on the market very often.

“It’s not at all the kind of property you can just buy off the shelf, and it’s very much unique enough to be rare,” he said.

George says one of the property’s best features is that it offers the best of both worlds.

“As there is still one-third of the property left to renovate, it really means the new owner can put their own personal touches on the master wing,” he said. 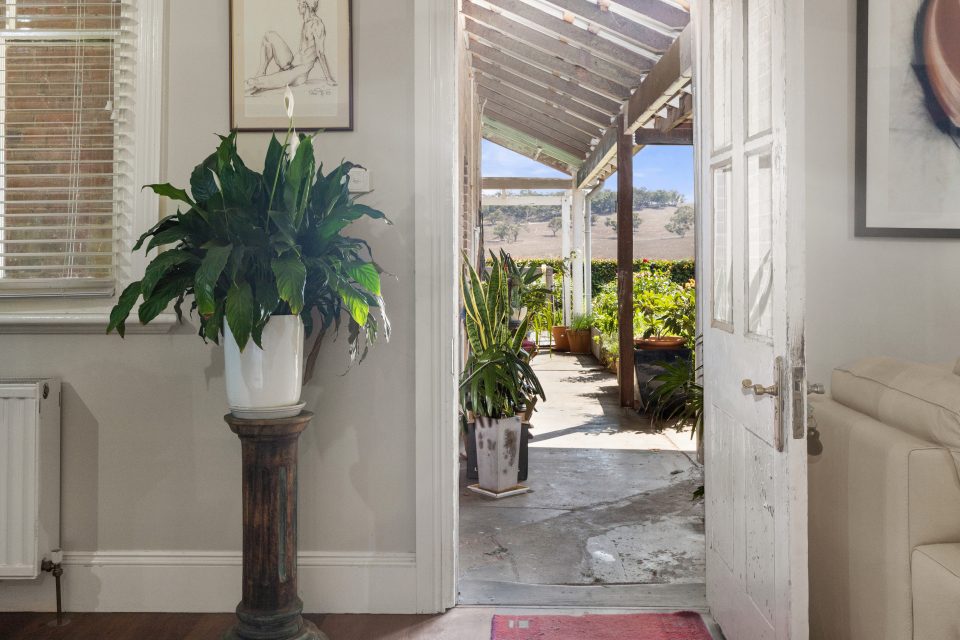 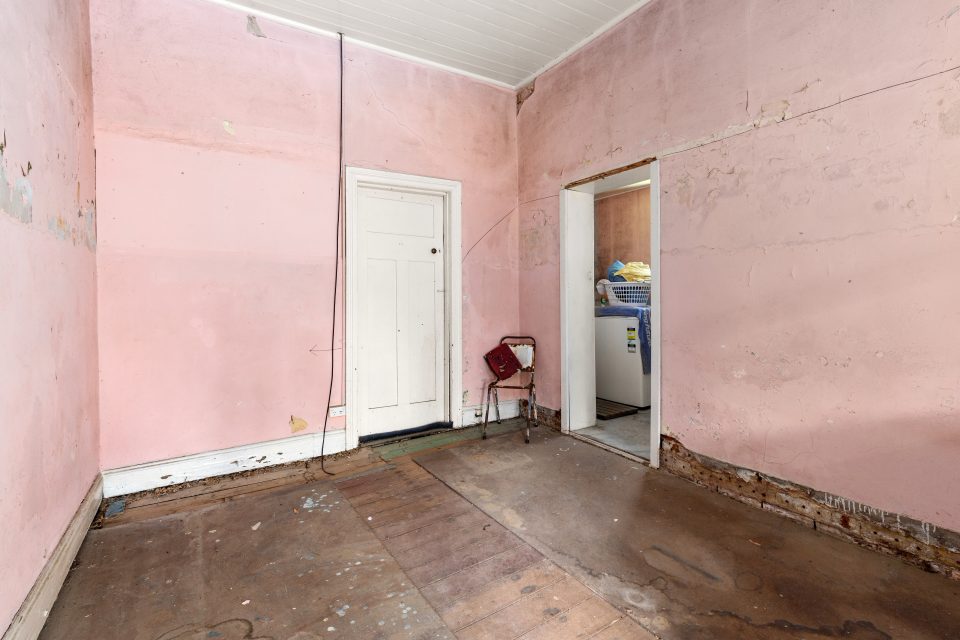 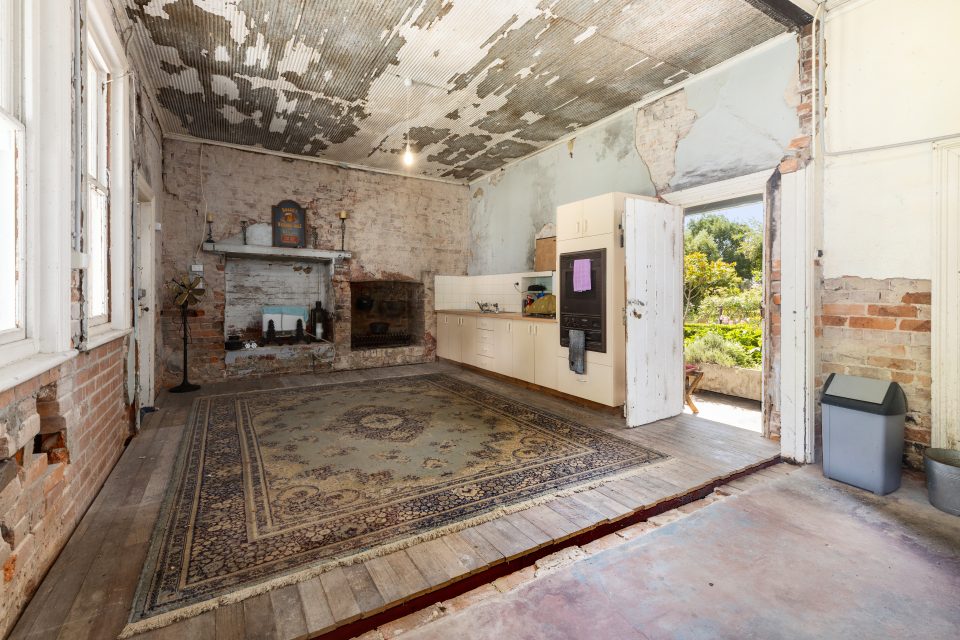 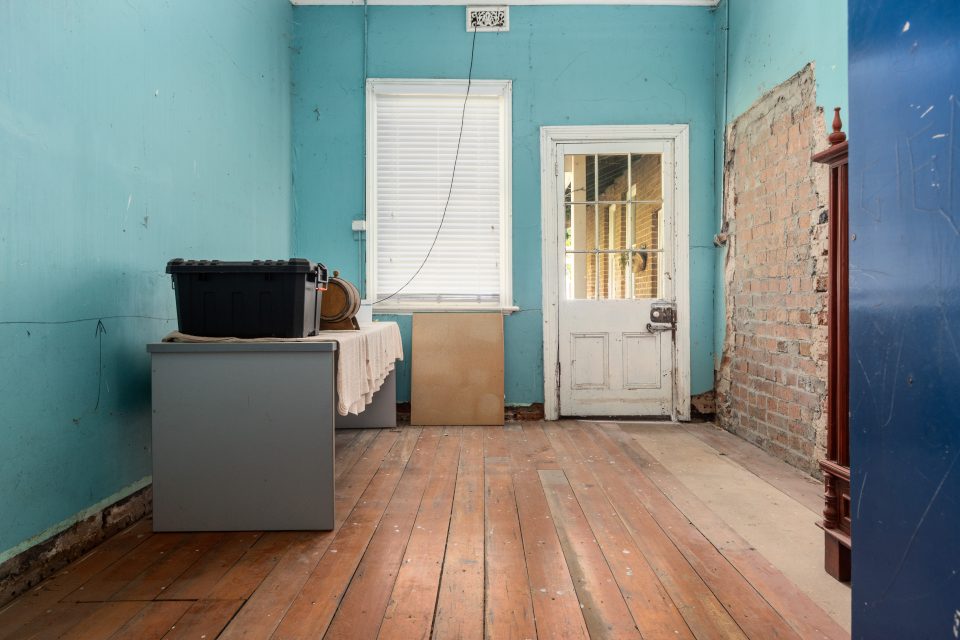 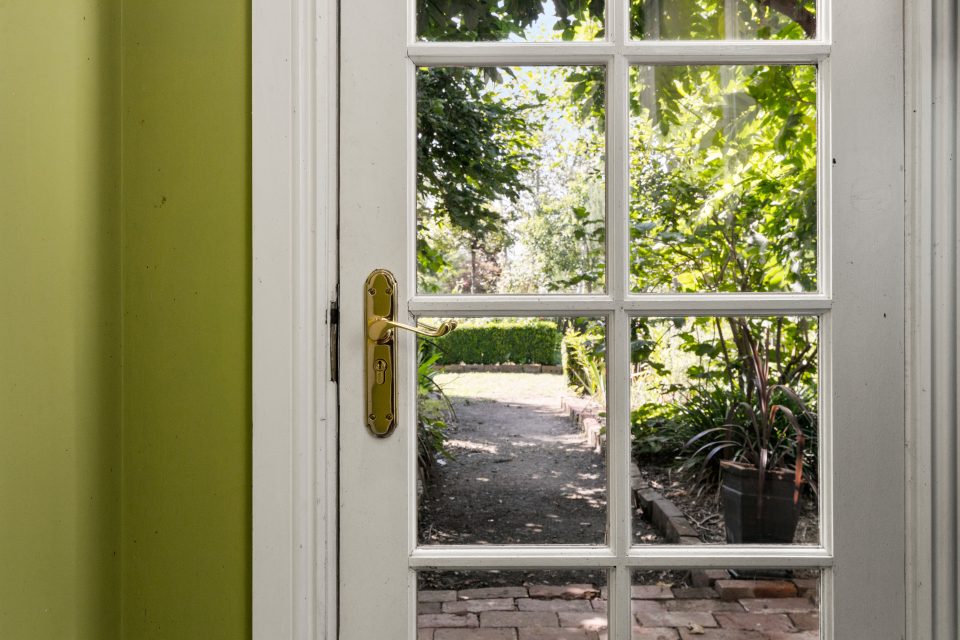 Despite the renovations, the original pressed-tin ceilings remain and the floors have been redone in the traditional style.

It boasts an impressive five or six bedrooms, numerous dining and living rooms – not to mention a 2500 capacity wine cellar.

One of the six interior fireplaces is an impressive open fireplace near the front door of the home, just near the full-size library.

An enormous kitchen has a commercial oven with a gas cooktop, thick marble bench-top and dishwasher.

The house is set in sprawling, immaculately kept lawns and mature gardens that provide glorious colour all year round. With abundant hedging, it’s now a private retreat.

A gazebo with stunning views across a thousand acres finishes off the outdoor package, making it a beautiful space for alfresco living.

As George recommends: “In winter, light the fire and open a bottle of red on the outside covered verandah.”

The home would perfectly suit someone who loves both historic homes and gardening.

Although, if not your thing, the gardens no longer require much work to maintain. 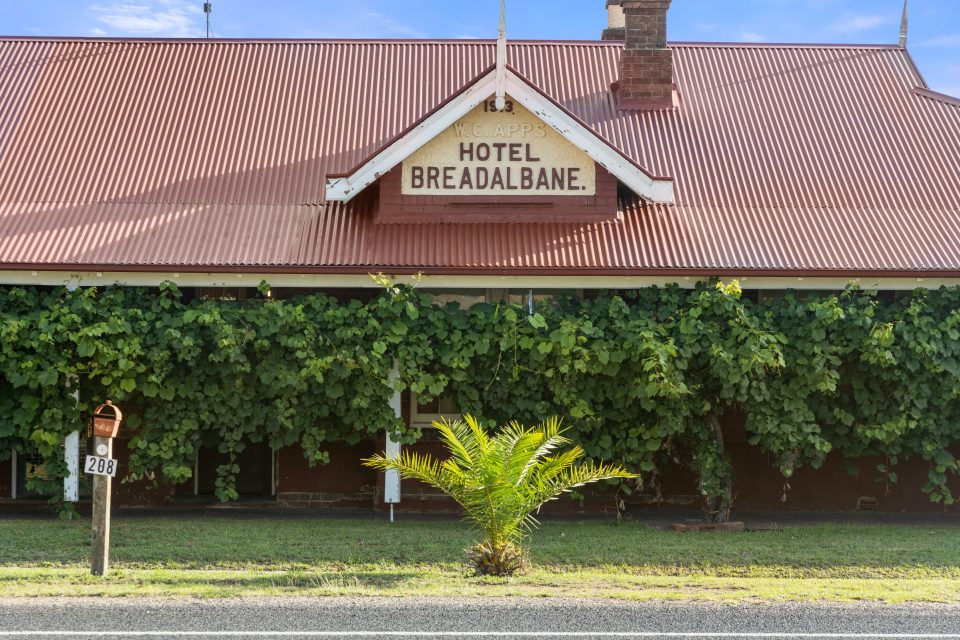 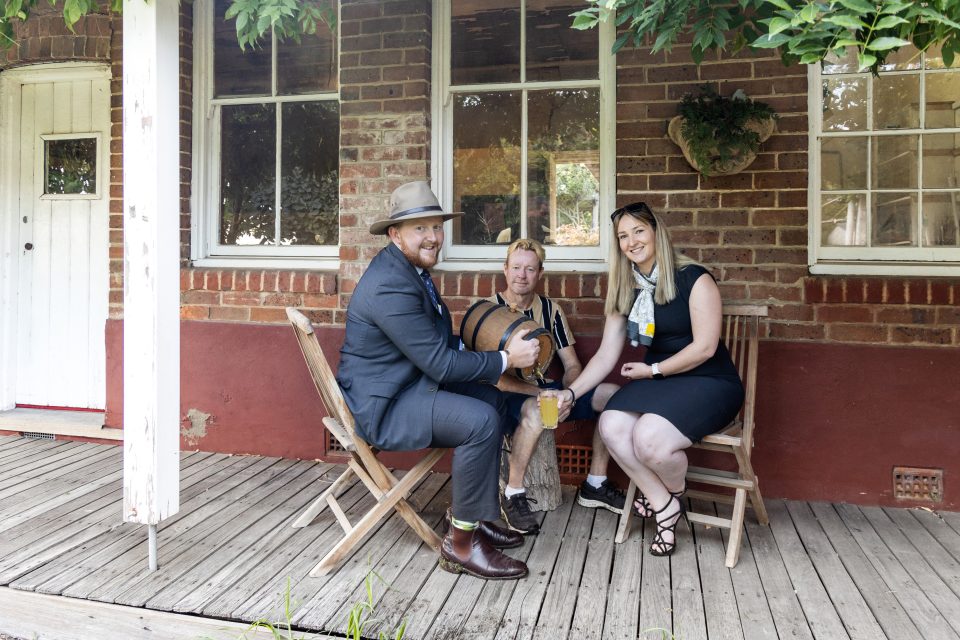 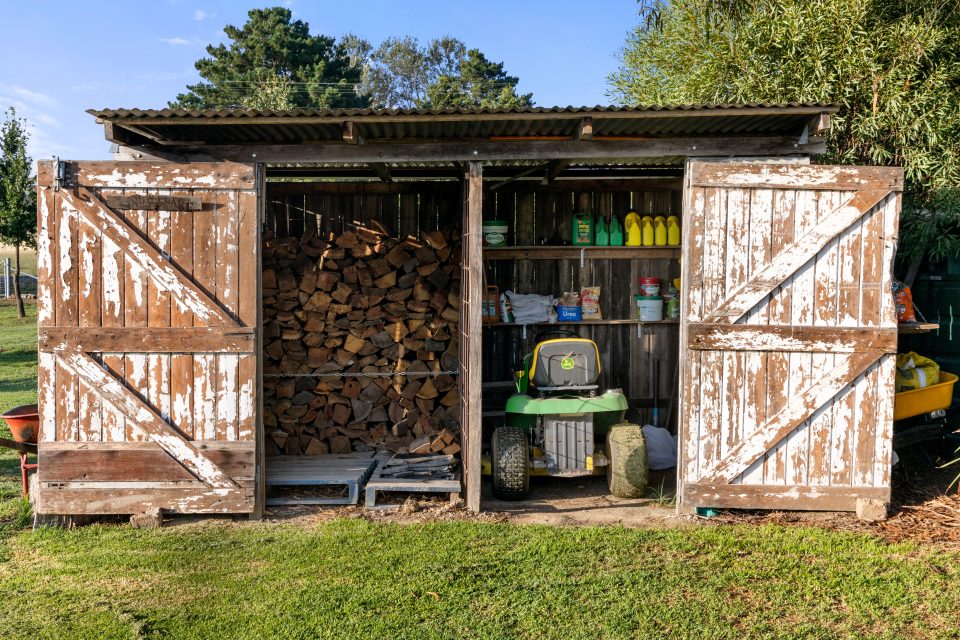 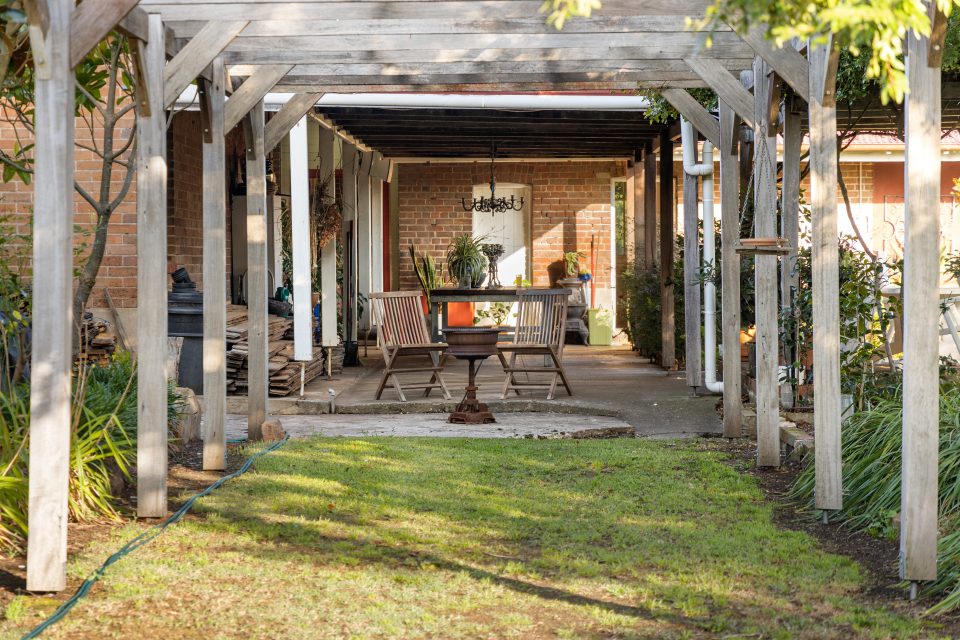 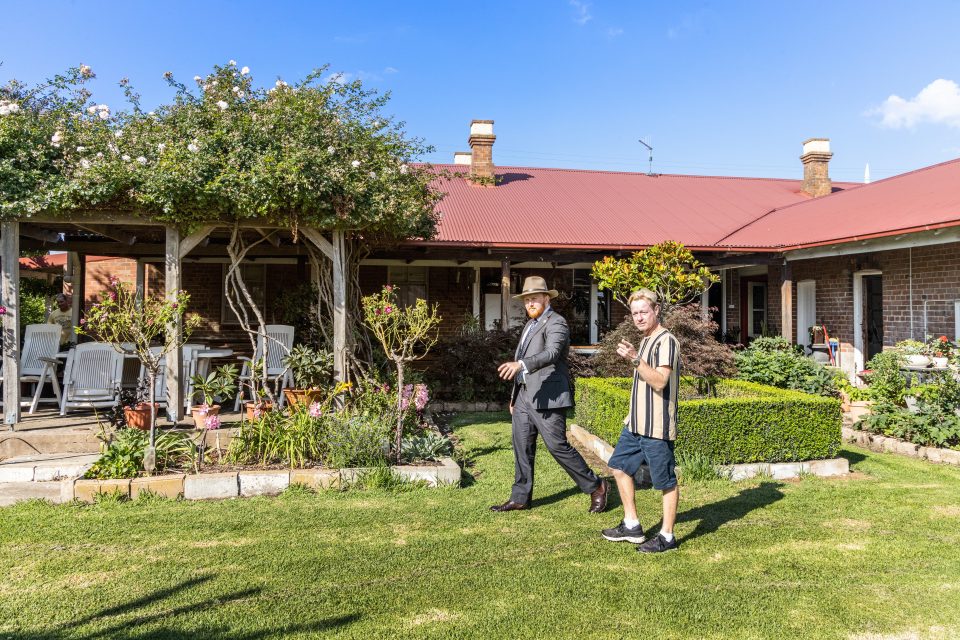 The current owners say they wanted the outside of the house to retain the historical feel that simply cannot be replicated.

George says it really is the sort of property that has to be seen to be truly grasped and understood.

“One thing a lot of people are unaware of is that the highway between Sydney and Melbourne used to run through the town – which is why the pub was so popular.

“Now, Breadalbane is a nice, quiet country town,” he said.

With a location that dreams really are made of – two minutes off the Hume Highway, 12 minutes to Goulburn, under an hour to Canberra and two hours to Sydney’s CBD – a BnB or hospitality business like a restaurant is more than do-able.

Or, it can simply be your retreat from the world.

To arrange an inspection of the historic Royal Breadalbane Hotel, call George Southwell on 0429 838 345, and check out all the other hot listings on Zango.

Remember staying there in the school hols in the early 60s when an uncle and aunt ran it – the separate kitchen out the back, the darts and hookey boards in a room at the front, a snake (probably a tiger) on the back steps being killed by my uncle with a spade (a regular event around the place apparently), and with local kids lying right by the train tracks. Went to check it out 30 years ago only to find it had closed as a pub just the previous weekend (though it may have reopened briefly). 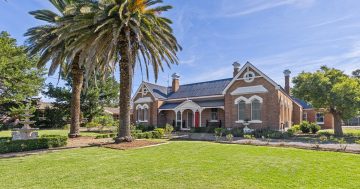 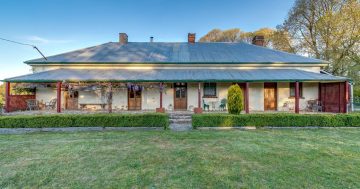 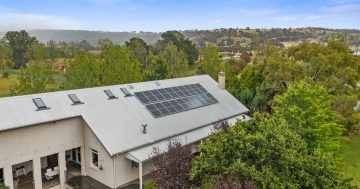 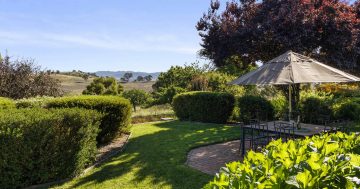 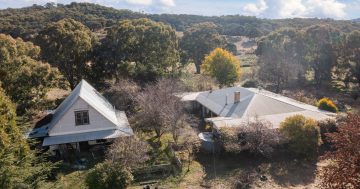 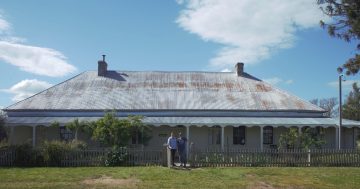 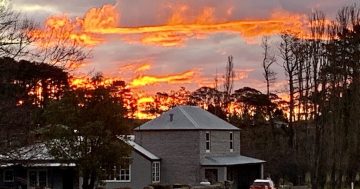 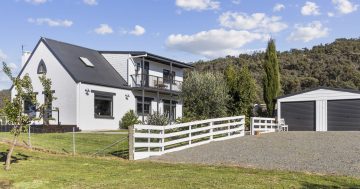 Rustic charm and character on 20 acres in Currawang 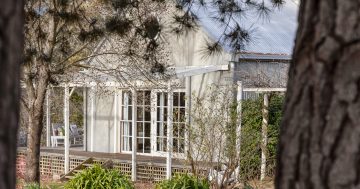