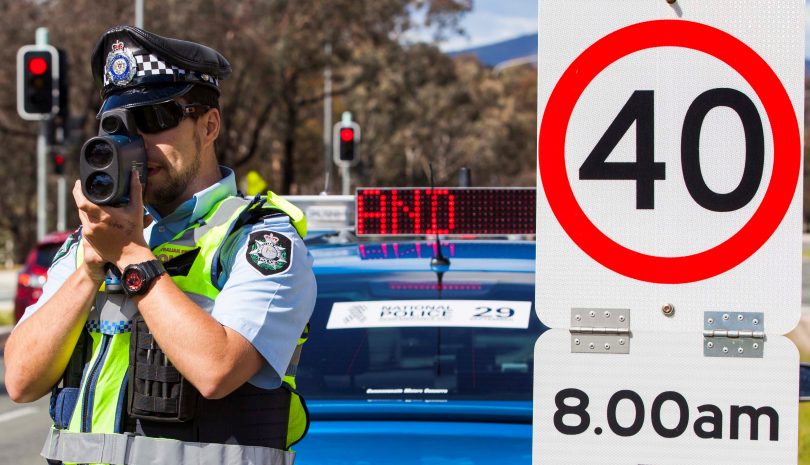 Leadfoot drivers in Bruce are the worst offenders when it comes to ignoring school zone speed limits, incurring more than $30,000 in fines in 2017, according to ACT Policing figures.

Police handed out 82 speeding tickets to drivers who hurried through the school zones in the suburb between 27 January and 31 October 2017.

Of these, 65 were for drivers who exceeded the speed limit by more than 15km/h but less than 30km/h. One speedster went through at more than 30km/h.

The only school in Bruce is Radford College but it borders two major roads – Hayden Drive and College Street.

Bruce far outnumbered the next worst suburb, Franklin, where police handed out just 23 tickets, with only three going over by more than 15km/h and less than 30km/h.

Warramanga and Dickson had 12 offences, while in Lyneham, police handed out 11 tickets.

In Franklin, the offences were mainly lower order, with 20 exceeding the limit by 15km/h or less, while it was a more even split in Narrabundah where 14 went over by 15km/h or less, and eight by more than 15km/h and less than 30km/h.

In the other suburbs, offences were mainly in the 15km/h or less range. 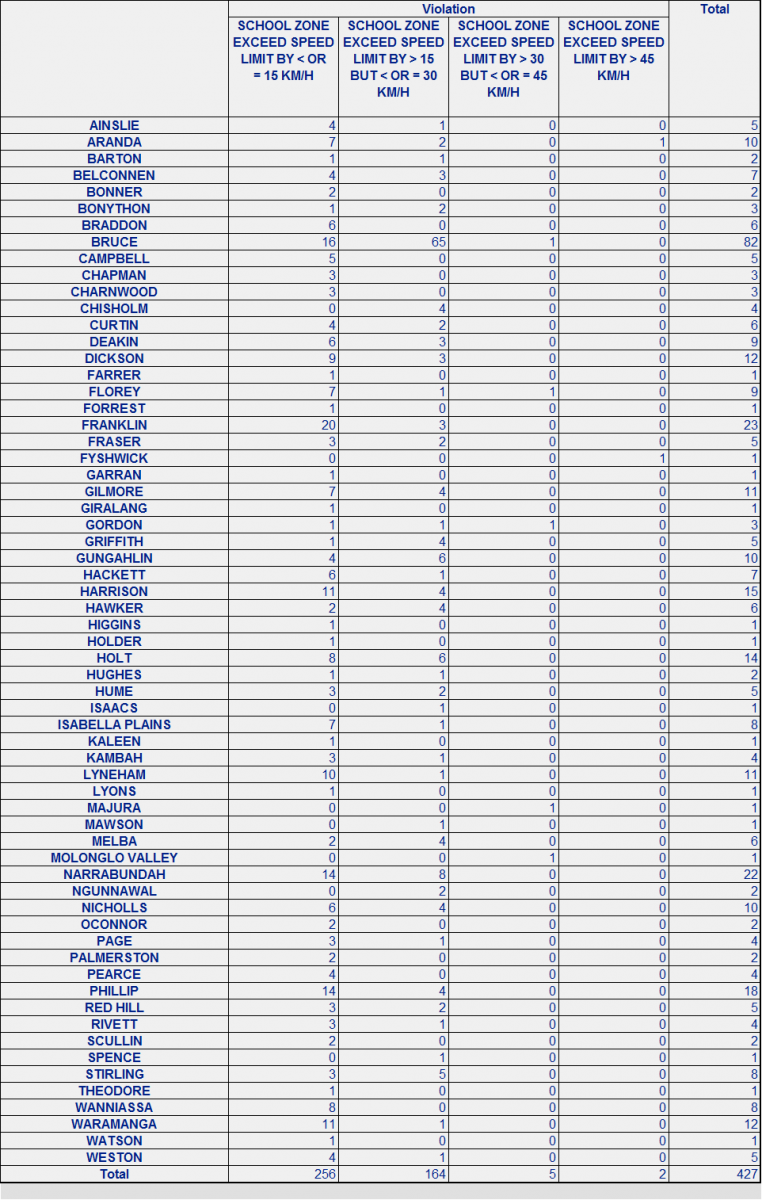 Surely these numbers are meaningless without details of how often speed traps were in place outside each school?

“It is a joke that college street is 40km/h especially after all the road works that have been done there in recent years.”

Agreed. Got my first ever speeding ticket doing 63 through the ‘school’ zone. Didn’t realise it was a school zone due to the extensive safety measures mentioned by JC. My own fault, but still…

Normally I would say speed pay the price. But seriously if Bruce with two schools (counting the Uni) is the worst in Canberra then maybe the reasons why should be looked at.

It is a joke that college street is 40km/h especially after all the road works that have been done there in recent years.

Radford students are very well separated from the road to not need a 40km/h zone. The school is well set back and road crossing light controlled. And oddly the other side is an 80km/h zone.! Inconsistent.

So where is the school zone in Fyshwick ?